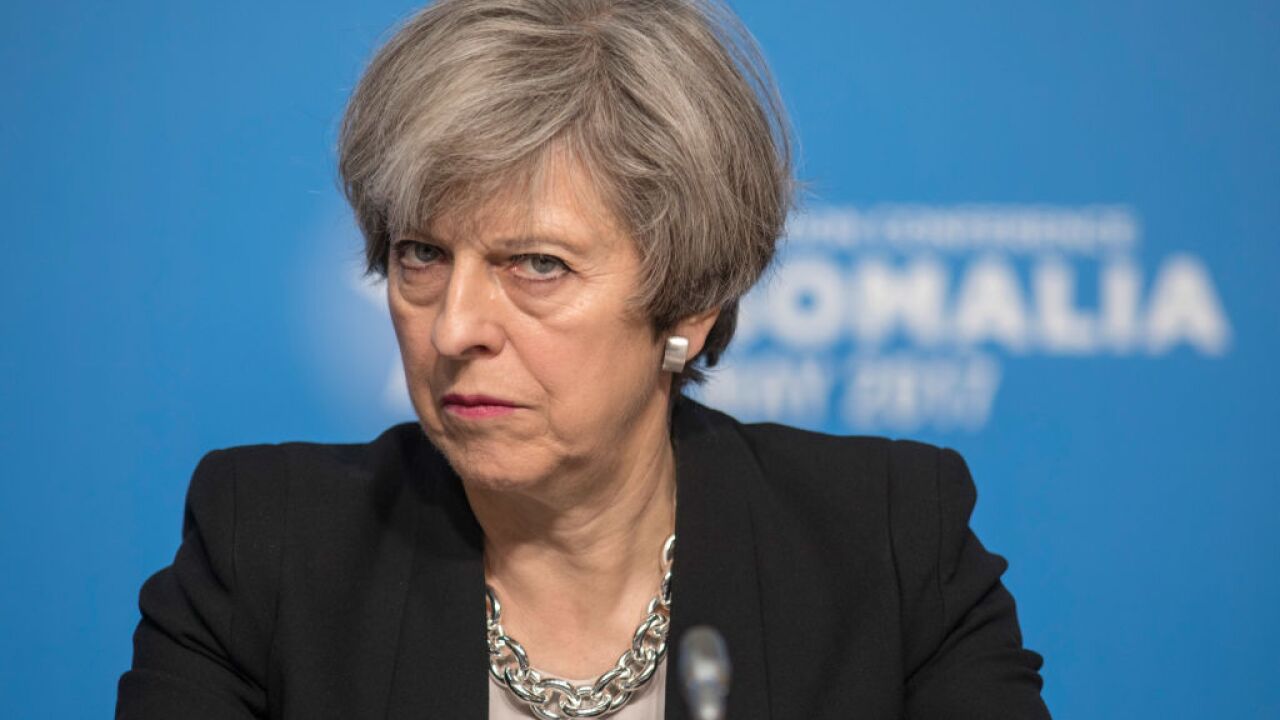 British Prime Minister Theresa May sought to kick start Brexit negotiations on Friday with a speech in Florence, Italy, in which she proposed a “strictly time-limited” transition period to ease Britain’s 2019 withdrawal from the European Union.

The length of the transition should be determined by how long it takes to work out new arrangements, May said, but “considerations point to an implementation period of around two years.”

This transition period would give the two sides “access to one another’s markets on existing terms,” she said.

The Prime Minister also made clear that Britain would continue to honor budget commitments it made while a member of the European Union.

She did not put a figure on this but the United Kingdom currently pays about 10 billion euros (about $12 billion) each year into the EU budget.

May reiterated a desire to work closely with the European Union after Brexit, saying: “We want to be your strongest friend and partner as the EU and the UK thrive side by side.”

UK and EU leaders share a “profound sense of responsibility” to make the process work “smoothly and sensibly” for this and future generations, she said.

“The eyes of the world are on us, but if we can be imaginative and creative about the way we establish this new relationship, if we can proceed on the basis of trust in each other, I believe we can be optimistic about the future we can build for the United Kingdom and for the European Union,” she said.

May’s much-anticipated speech comes ahead of a fourth round of Brexit talks, due to start Monday in Brussels.

Setting out her vision for the future economic relationship between Britain and the EU, May said Britain “will no longer be members of its single market or its customs union” — and that it does not expect to keep all the benefits of membership of the single market without its obligations.

“Our task is to find a new framework that allows for a close economic partnership but holds those rights and obligations in a new and different balance,” she said.

May rejected what she said was a “stark and unimaginative choice” between two models — one based on membership of the European Economic Area, such as Norway enjoys, and the other based on a free trade agreement such as the European union has just negotiated with Canada — saying Britain and the EU could do “so much better.”

“European Economic Area membership would mean the UK having to adopt at home — automatically and in their entirety — new EU rules. Rules over which, in future, we will have little influence and no vote,” she said, saying this meant a loss of control for the United Kingdom.

At the same time, compared with the current situation, a free trade deal like that with Canada would “represent such a restriction on our mutual market access that it would benefit neither of our economies,” she said.

Referring to the issue of EU and UK citizens’ rights after Brexit, May said she aimed to make sure that EU citizens living in the UK — including 600,000 Italians — felt appreciated.

“We want you to stay, we value you, and we thank you for your contribution to our national life,” she said.

May also stressed Britain’s continuing commitment to European values and security in the face of global threats from terrorism and instability, while maintaining its own sovereignty.

“Our determination to defend the stability, security and prosperity of our European neighbors and friends remains steadfast,” she said.

“And we will do all this as a sovereign nation in which the British people are in control.”

May hopes that her speech will satisfy demands from the European Union for clarity on Britain’s position, as well as placating the “hard-Brexit” wing of her Conservative Party, who are adamantly opposed to any arrangement that looks like ongoing EU membership in all but name.

The pace of Brexit negotiations has so far frustrated EU and business leaders.

The third round of talks ended last month in a very public dispute over how much Britain should pay in a divorce settlement, an issue the EU says must be resolved before the parties’ future trading relationship — Britain’s key concern — can be discussed.

Divisions have also emerged within May’s government. Foreign Secretary Boris Johnson appeared to undermine her position just last weekend with a 4,000-word article in the Telegraph newspaper setting out his own Brexit vision.

Johnson tweeted a positive response to May’s speech on Friday, however, saying: “PM speech was positive, optimistic & dynamic – and rightly disposes of the Norway option! Forwards!”

He added: “A strong Britain working hand in hand with a strong Europe – but once again free to take our own decisions.”

He said the EU would consider a “short transition period”, but it would mean accepting EU rules, including on the budget.

Barnier said there was still “major uncertainty” in key areas with little more than a year to go before a Brexit deal must be completed,

“From our side, I repeat once again that an agreement is the best outcome. It is in our common interest. But if we want a deal, time is of the essence,” he said.

After last month’s talks, Barnier complained of “no decisive progress” in the negotiations and accused Britain of attempting to secure the “impossible” in its efforts to leave the EU’s single market while retaining its benefits.

David Davis, secretary of state for exiting the EU, wrote in an opinion piece for CNN that the talks had been “constructive” while showing the need for “more flexibility” if a good deal was to be reached for all sides before Britain leaves in March 2019.