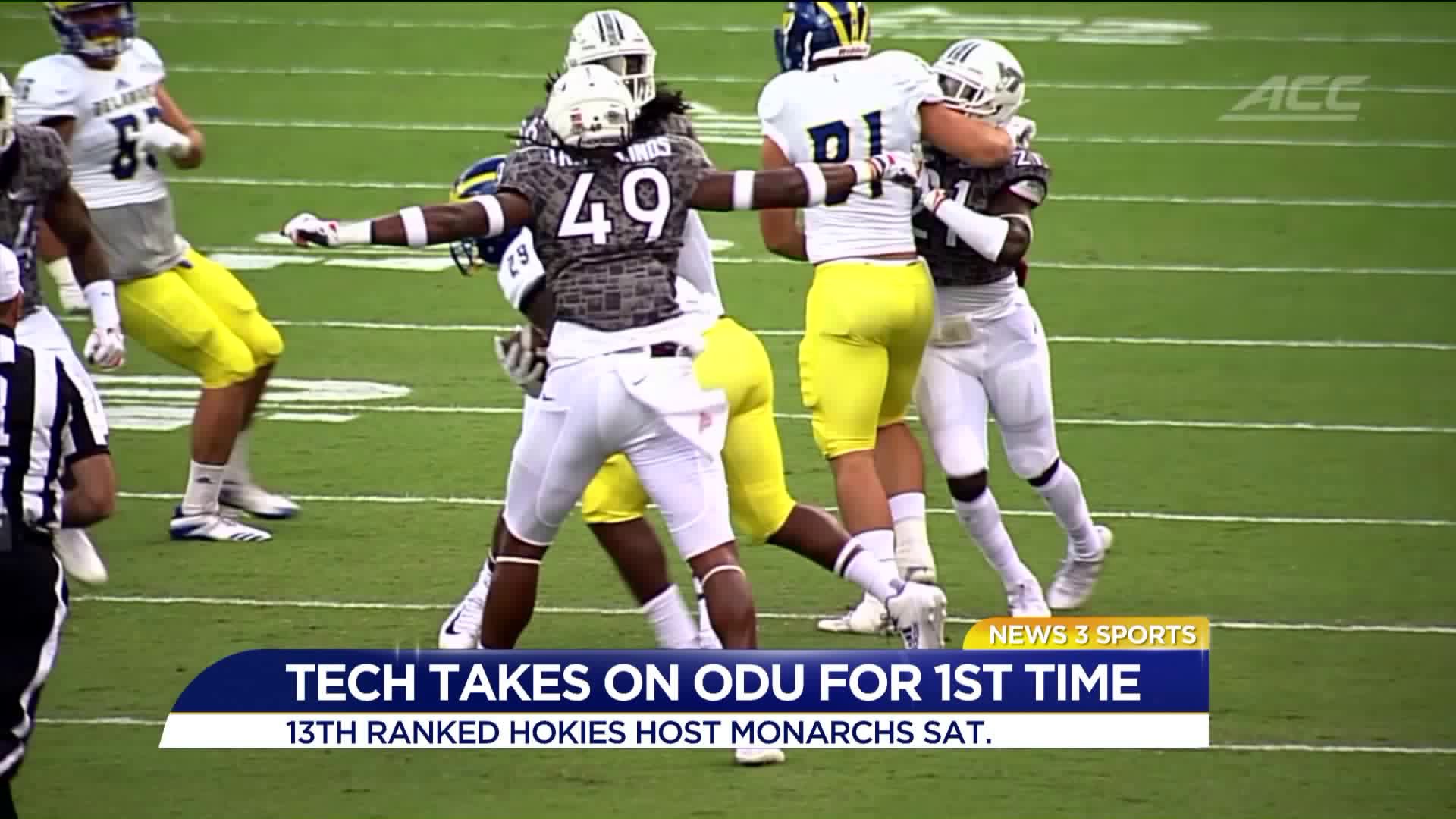 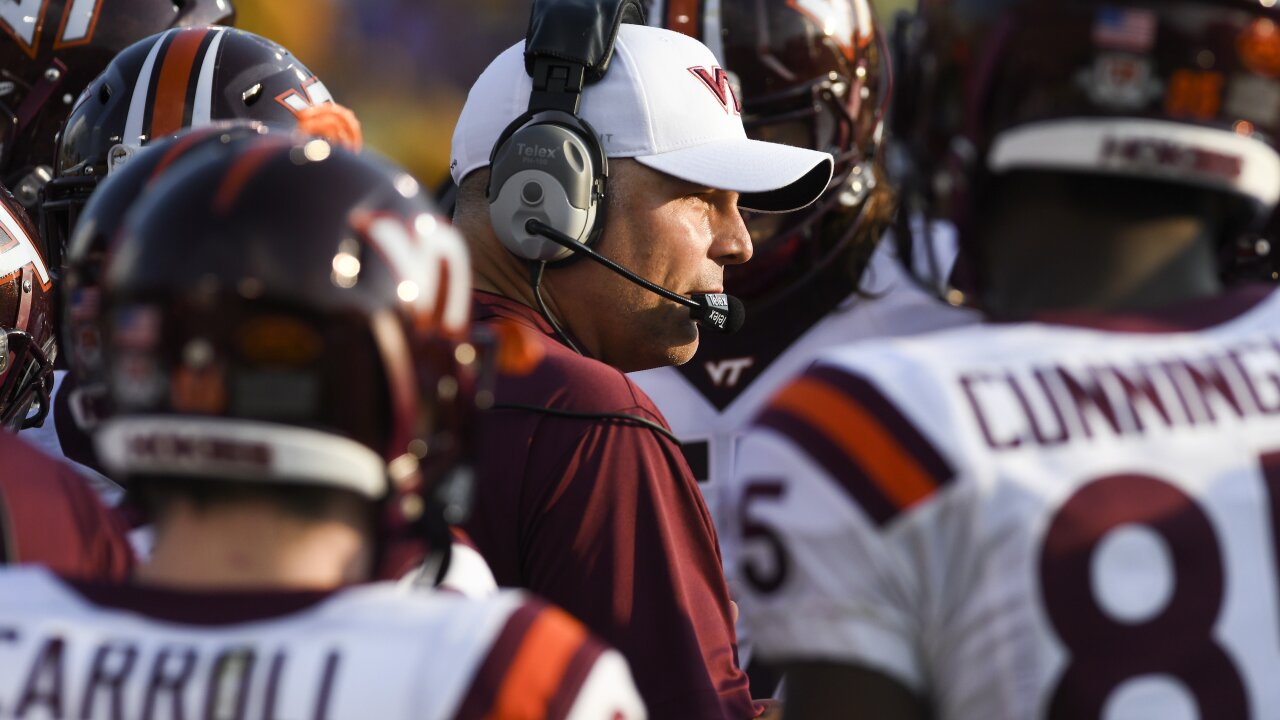 A member of the Virginia Tech Hokies cheerleading squad leads the team onto the field. (Photo by Michael Shroyer/Getty Images)

BLACKSBURG, Va. - Saturday, Old Dominion travels to Blacksburg for its first ever date with Virginia Tech. The Monarchs, who just restarted their football program in 2009, are 0-and-8 against power five programs.

Virginia Tech, celebrating its 125th year of football, enters the game undefeated and ranked 13th in the country. While this weekend's contest is a tremendous opportunity and a tremendous challenge for ODU, it's not even the biggest game this month for the Hokies.

Next Saturday, Virginia Tech hosts defending national champion Clemson - a team currently ranked 2nd in the country. But the Hokies have no plans to overlook ODU, despite being four touchdown favorites.

“I think the key to that is we don’t wait until the fall to start talking about that mindset," Virginia Tech head football coach Justin Fuente explained. "As soon as they comeback from Christmas break we start talking about in our winter workouts, our offseason program through our summer, through two-a-days and obviously into the season. That’s all training for that mindset of not getting ahead of ourselves, not looking forward, not looking backward. Just literally focusing on the next step that’s in front of us.”

In what some see as a "trap game", when the Hokies welcome the Monarchs for a 2:00pm kickoff Saturday at Lane Stadium - Tech will try to extend its in-state dominance. The Hokies are 16-and-1 against team from Virginia since 2004. The lone loss was in 2010 vs. James Madison.

"Having a regional bias if you will and trying to stay in-state the best we can, I think is a good idea," Fuente told News 3 during a March appearance at the Norfolk Sports Club jamboree. "It's good for everybody. Those teams continue to get better."

"This is clearly the best team we've ever played," Old Dominion head football coach Bobby Wilder revealed. "I thought North Carolina was a good team, but I think Virginia Tech is a better football team. This is a team that almost beat the national champions last year in the ACC championship game."

"I know probably people in this state give Bobby (Wilder) credit, I’m not sure he gets enough credit on a national level for the job he’s done at ODU," Fuente said. "I mean, to literally build that thing from scratch is really a fantastic job. I got the chance to meet him just a couple times when we’re out and about, he’s just a really, really good football coach and has a good football team."

News 3 sports will be in Blacksburg Saturday for the first ever meeting between ODU and Virginia Tech.