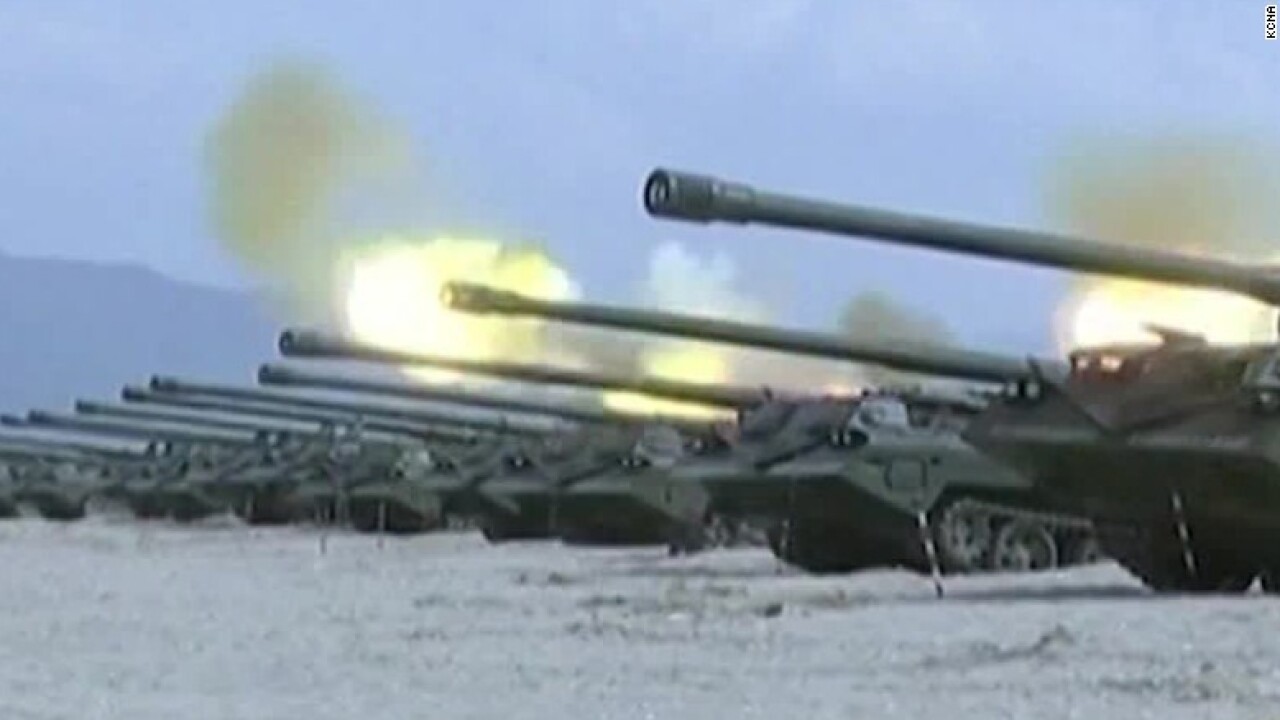 President Donald Trump and his South Korean counterpart, Moon Jae-in, have agreed to intensify economic and diplomatic pressure against North Korea over its repeated nuclear and missile tests.

The two leaders shared a phone call Sunday and their offices released a transcript of their conversation.

“President Trump and President Moon committed to continuing to take steps to strengthen deterrence and defense capabilities, and to maximize economic and diplomatic pressure on North Korea,” the White House said in a statement.

With its constant nuclear and missile tests, North Korea has been a foreign policy headache for the Trump administration, prompting the United States to have a plan should tensions escalate.

Just two days ago, North Korea fired a ballistic missile over the northern Japanese island of Hokkaido, the latest in a series of missile tests defying the international community.

Trump has said the US and its allies will not be intimidated by the reclusive nation.

During the 25-minute call, Trump and Moon condemned the latest missile launch by North Korea, pledging to work with the international community to implement the latest UN Security Council resolution.

“The two leaders agreed to work closely and to put stronger and more effective sanctions and pressure on North Korea in cooperation with the international community,” South Korea’s presidential spokesman Park Soo-hyun said.

” … Additional provocations will only further isolate the country (North Korea) diplomatically and economically, and will eventually lead down the path of its own collapse.”

North Korea’s latest missile launch renewed discussion in the Trump administration about how military force could be used to stop Kim’s development of nuclear warheads and ballistic missiles.

Kim had told his top officials that the goal of Pyongyang’s efforts “is to establish the equilibrium of real force with the US and make the US rulers dare not talk about military option,” according to the nation’s state media.

Last week, Trump and his top national security advisers said that there are military options available despite doubts from some experts.

Former top White House aide Steve Bannon told a reporter in August that there are no military solutions for North Korea.

“Forget it. Until somebody solves the part of the equation that shows me that 10 million people in Seoul don’t die in the first 30 minutes from conventional weapons, I don’t know what you’re talking about,” he said.

Speaking at Joint Base Andrews, the Air Force installation outside Washington on Friday, Trump declared that American military options were robust should they be required to respond to threats from Pyongyang.

Trump has also threatened “fire and fury” in response to North Korea’s threats.