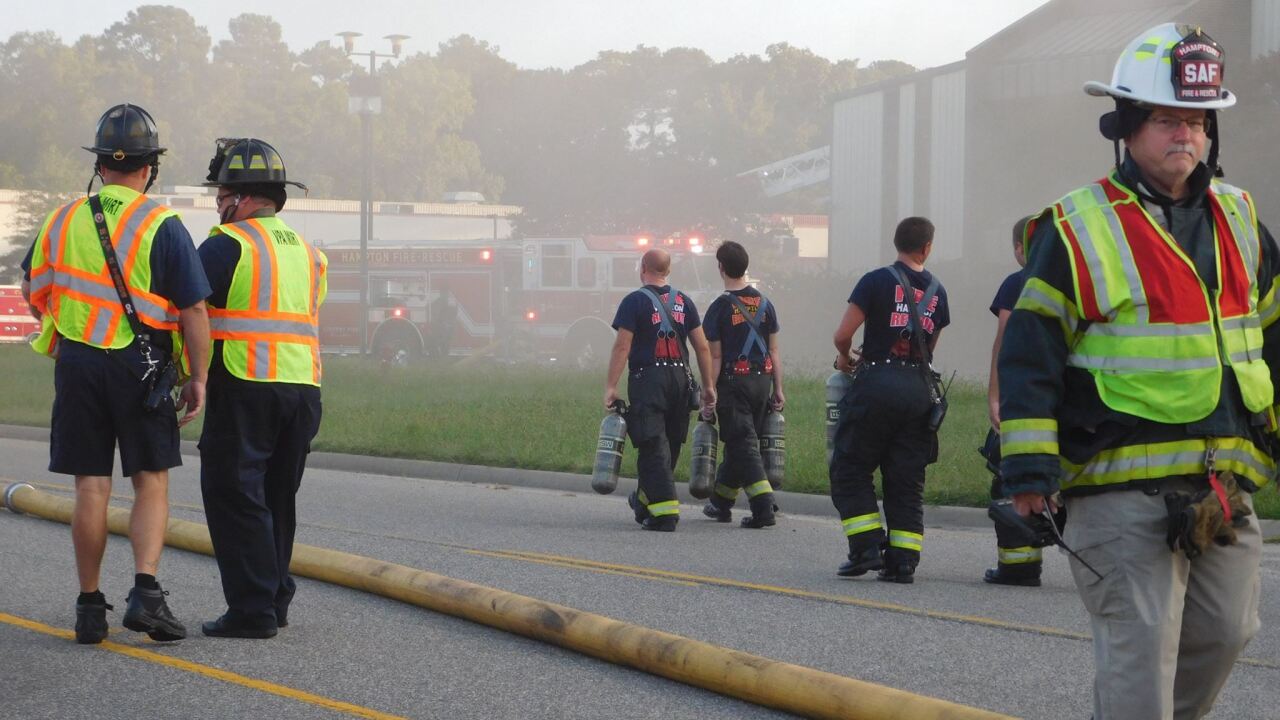 Photos from Hampton Division of Fire and Department 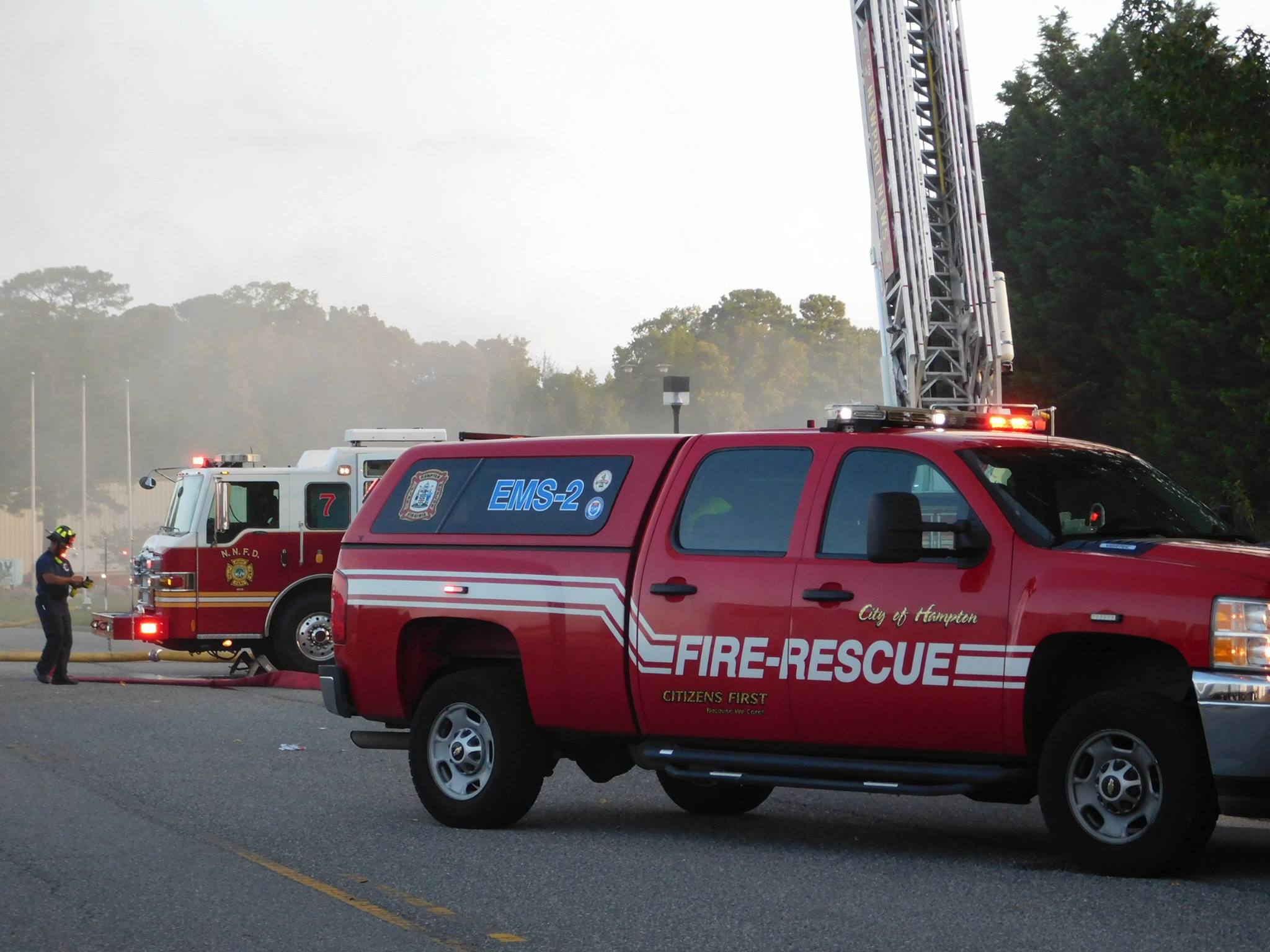 HAMPTON, Va. – Members of firefighter crews from Hampton and Newport News responded to a fire on the 300 block of E. Street on Sunday morning around 7 a.m. Sunday.

When firefighters arrived, they located a commercial building with heavy smoke inside.

One employee was on scene at the time of the incident, they were not injured. That employee called 911 to report the fire.

The building also had a working sprinkler system that helped to suppress and contain the fire.

The fire was considered a two-alarm fire, but was quickly cancelled after they put the fire under control in 45 minutes.

The Fire Prevention Branch has investigated the fire and determined it to be accidental caused by a welding operation.

One firefighter was treated at Sentara Careplex Hospital to be treated for a heat-related injury and was released the same day.