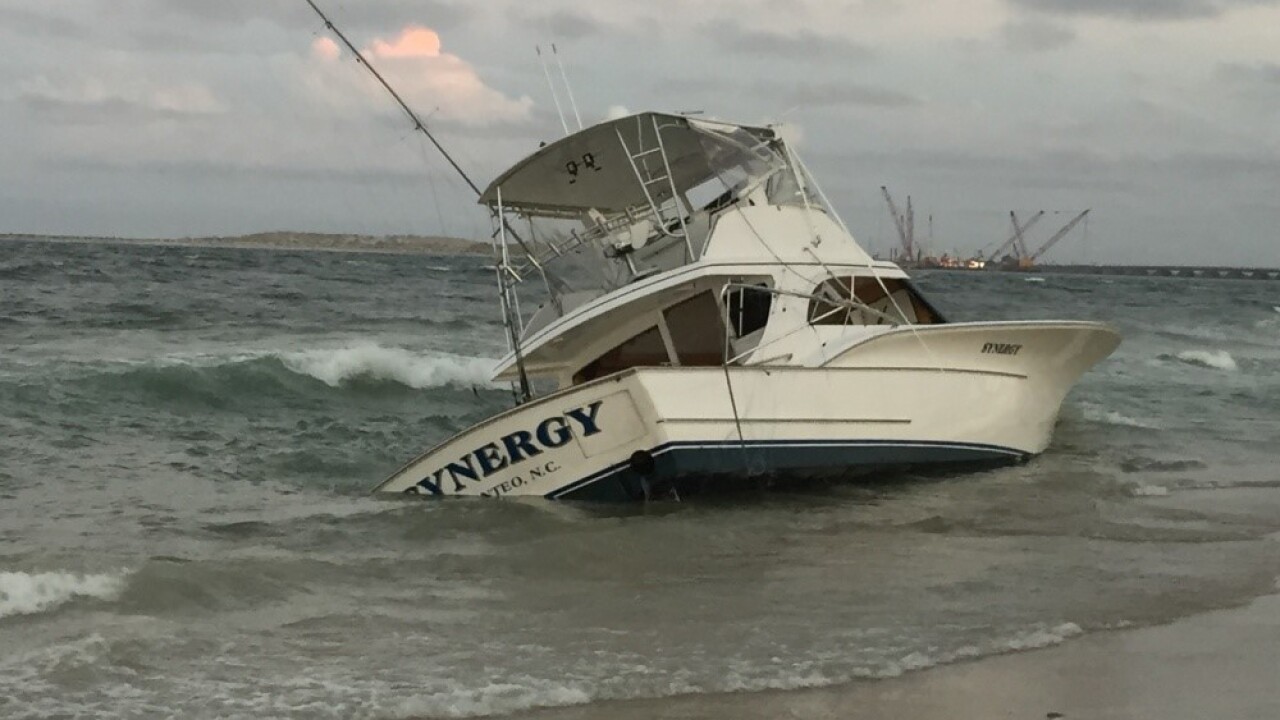 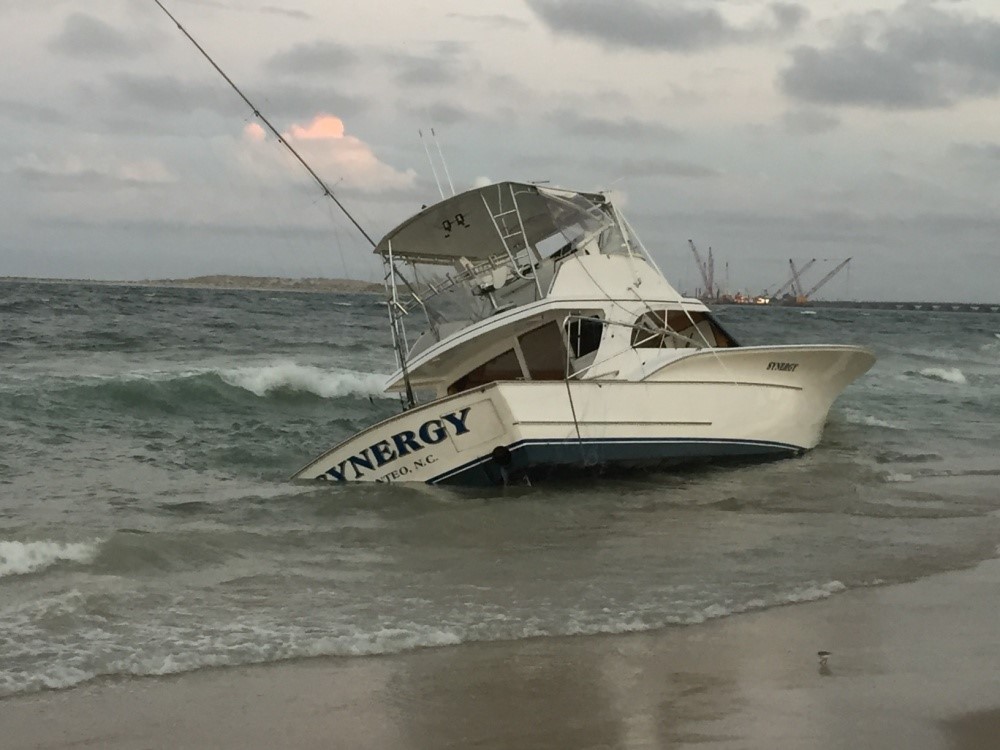 WILMINGTON, N.C. – Coast Guard responded to a capsized  54-foot fishing boat that had flipped in Oregon Inlet on Sunday

Coast Guard Sector North Carolina watchstanders in Wilmington were contacted by a mariner on VHF-FM channel 16 at 5 p.m. about a capsized boat in the surf, east of the Herbert C. Booner Bridge.

The first boat crew arrived on scene and rescued the five adults from the water. All five were wearing life jackets.

“Thanks to the quick actions of the Station Oregon Inlet crew and the fact all of the survivors were wearing life jackets, we were able to save everyone aboard,” said Capt. Bion Stewart, the commander of Sector North Carolina.

The Coast Guard crew brought the people ashore and transferred them to awaiting EMS.

A Dare County MedFlight helicopter crew transported one injured woman to Sentara Norfolk General Hospital in Norfolk, Virginia. She was reported to have had a back injury.

Captain Stewart also stated that with condition during weather after hurricanes and tropical storms, that people need to be careful, “Given the heavy sea conditions being generated by hurricanes and tropical storms this season, it is imperative boaters pay careful attention to weather and small craft warnings before venturing offshore. Surf conditions at inlets can become treacherous very quickly, even for larger recreational vessels.”