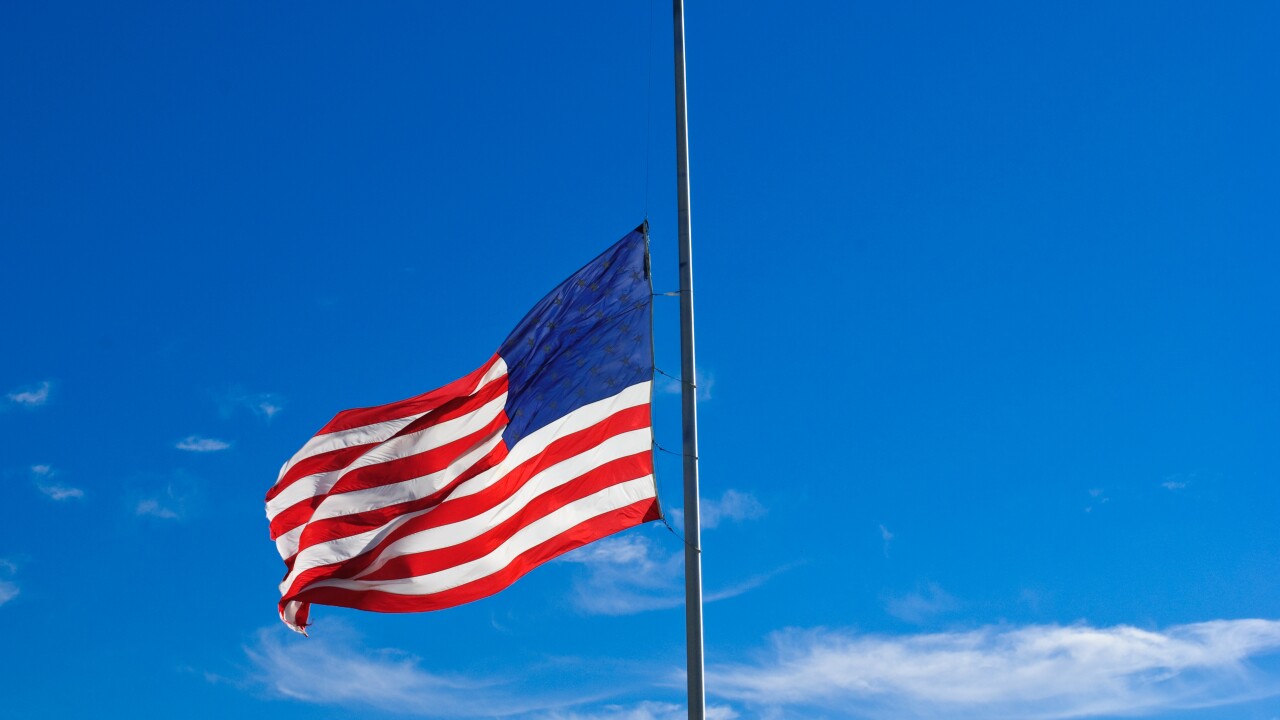 United States Flag hung at half staff on Veterans Day.

RALEIGH, N.C. – North Carolina Governor Roy Cooper has ordered that all United States and North Carolina flags at state facilities be lowered to half-staff in tribute to a soldier killed at Fort Bragg on Thursday.

U.S. Army Staff Sgt. Alexander Dalida of Dunstable, Massachusetts was killed in a firing range incident that injured several others.

Flags should remain at half-staff until sunset on Monday, September 18.