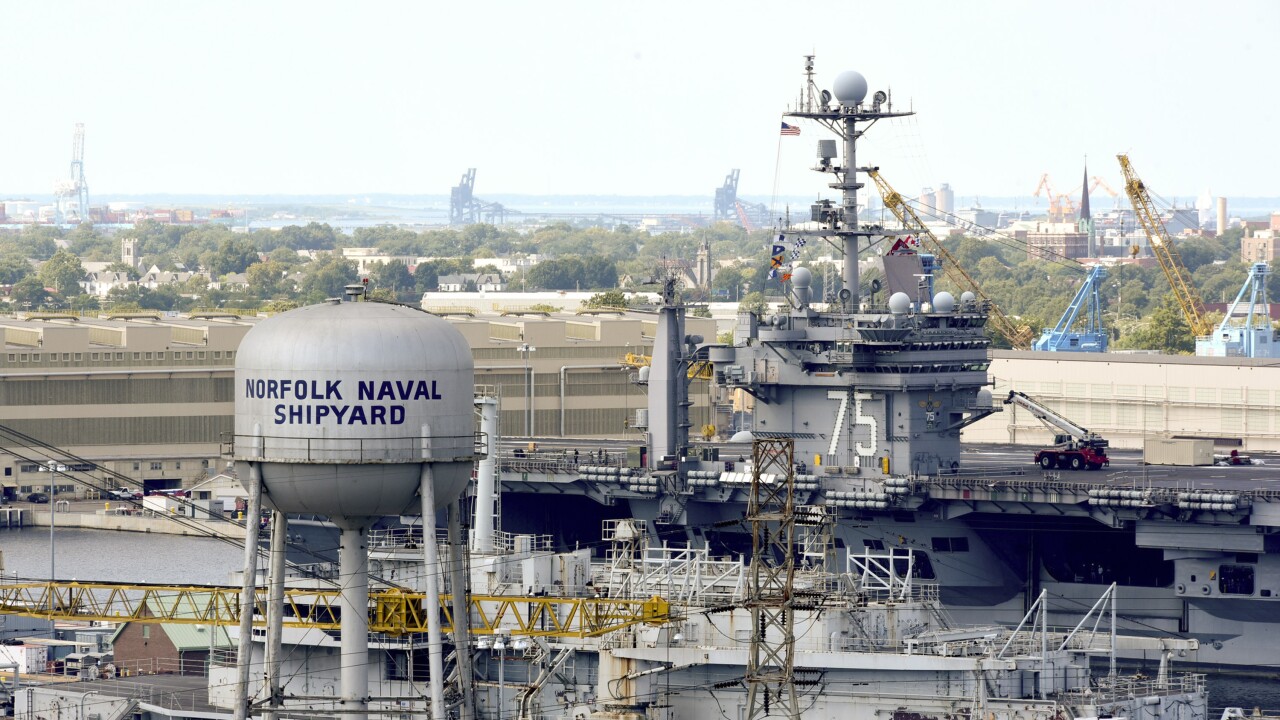 PORTSMOUTH, Va. – A new report by the United States Government Accountability Office (GAO) finds Norfolk Naval Shipyard in Portsmouth – along with the Navy’s other three public shipyards – are in poor physical condition and are in need of immediate action to improve day-to-day operations.

Data show that the cost of backlogged restoration and maintenance projects at the shipyards has grown by 41 percent over five years to what is estimated to be $4.86 billion. This will take at least 19 years to clear.

The GAO recommends that the Navy develop a comprehensive plan to guide shipyard capital investment, conduct regular management reviews and report to Congress on progress in addressing the shipyards’ needs to avoid risking continued deterioration.

Established in 1767, Norfolk Naval Shipyard is the Navy’s oldest shipyard. According to the report, although it is vulnerable to flooding, the shipyard’s drydocks were not designed to accommodate the threats posed by severe weather and sea level rise. In a review of its performance in fiscal years 2000-2016, the report notes that 27 of 49 maintenance availabilities were delayed, which resulted in 2,945 lost operational days for nuclear-powered aircraft carriers and submarines.