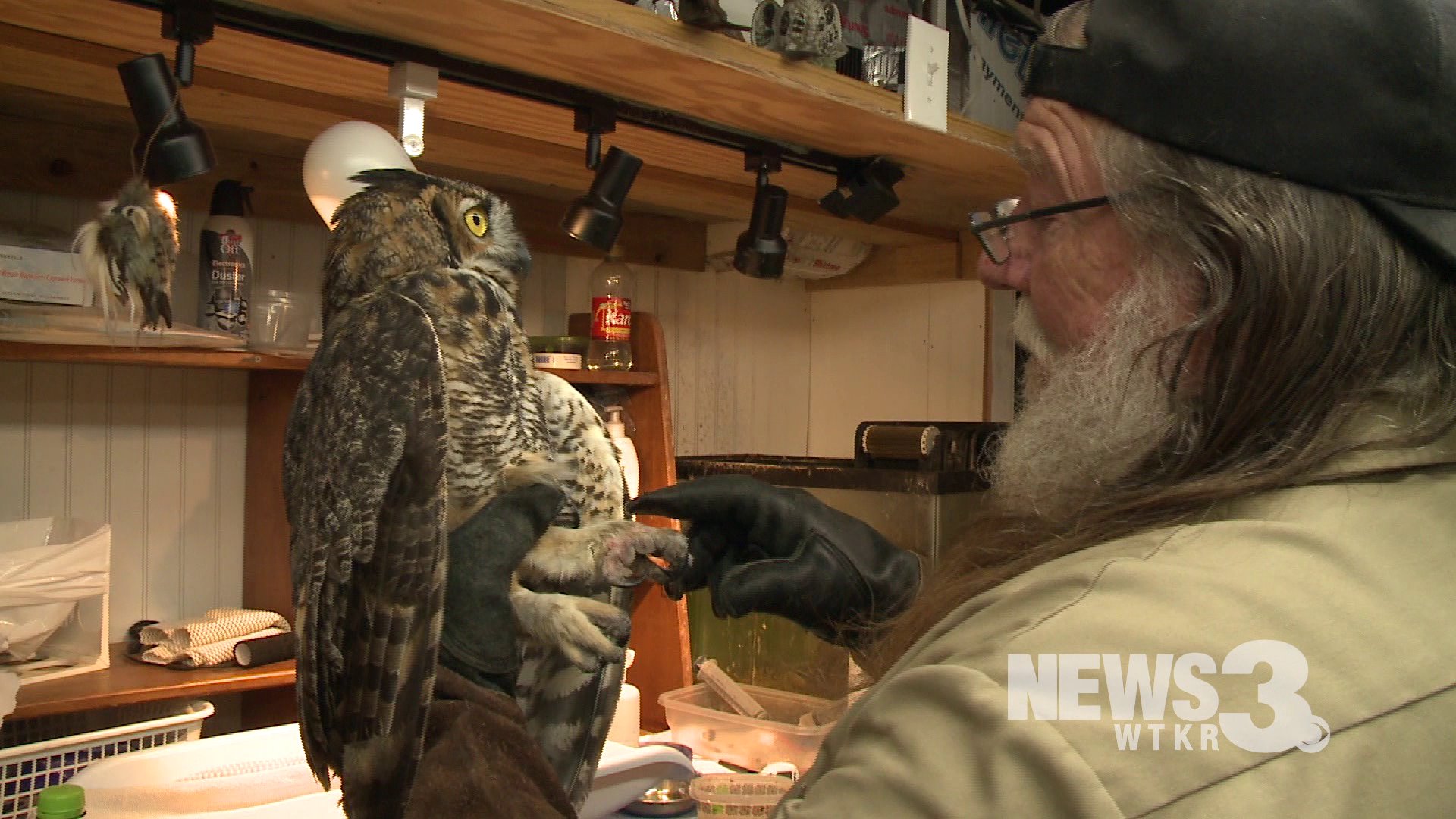 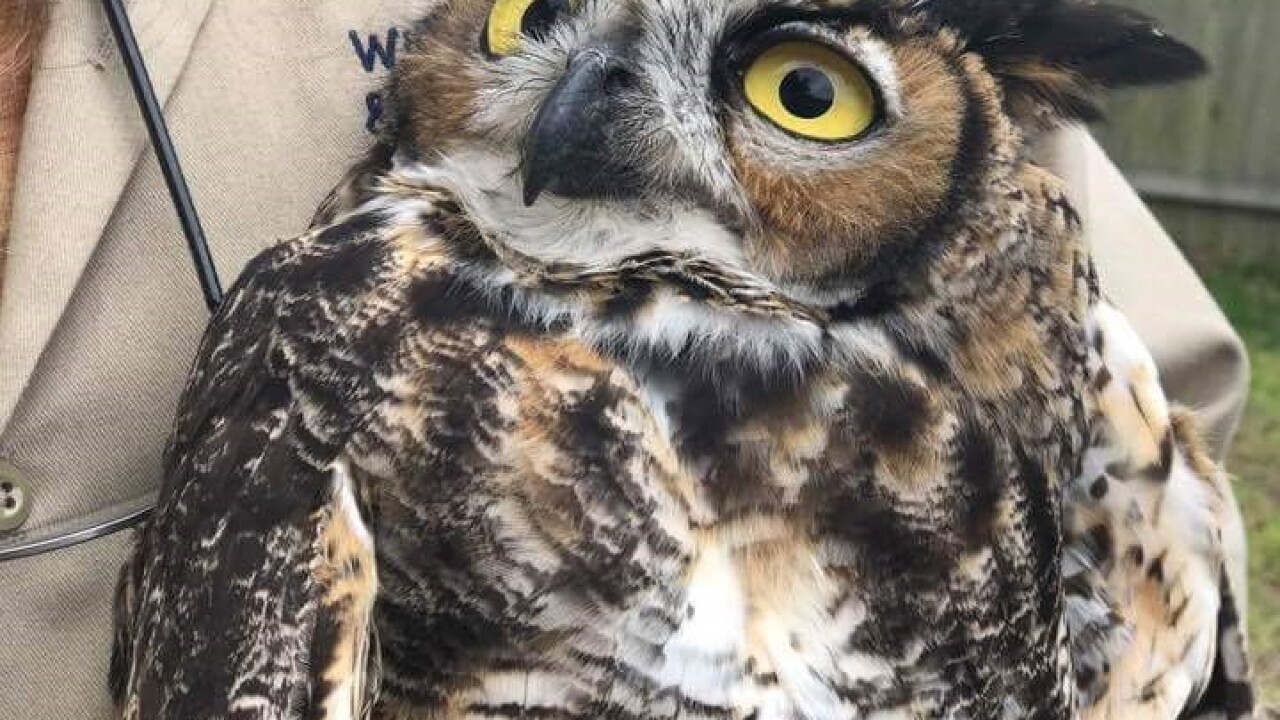 VIRGINIA BEACH, Va. - Virginia Beach Fire Department rescued a Great Horned Owl that had been injured by landscape netting stuck in a tree.

Members of the VBFD responded to the call in the 1900 block of Blueknob Rd. around 8:43 am.

The owl had landed in a tree where landscape netting got stuck and wrapped around the bird's left foot.

Ladder Truck 10 responded to the call, and  attempted to use a 15 foot aerial ladder to rescue the bird. After not being able to reach it, firefighters were able to the it with a 35 foot ladder.

This is prime time for owls to be migrating, said Harvey White with Alton's Keep Wildbird Rescue and Rehab Center. Harvey was called to the scene in order to take over control of the bird from VBFD.

Harvey said the owl is a young adult male, and had abrasions to its left foot. The owl had no other injuries, and seemed healthy, said Harvey.

The owl was taken to the vet for its injuries, and is now on its way back to Alton's Keep Wildbird Rescue and Rehab. 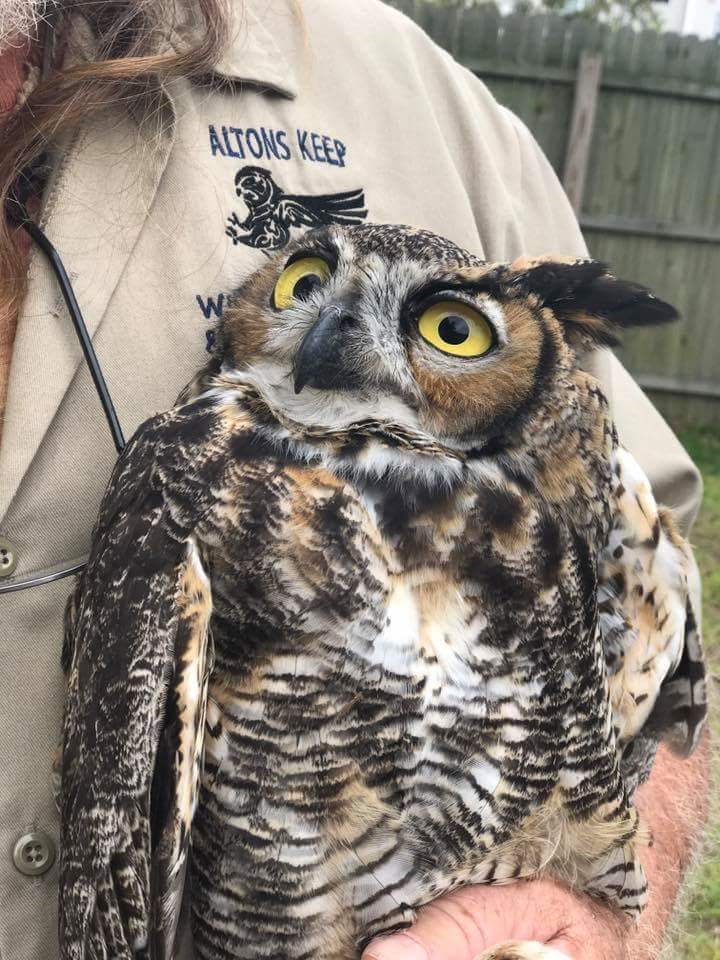