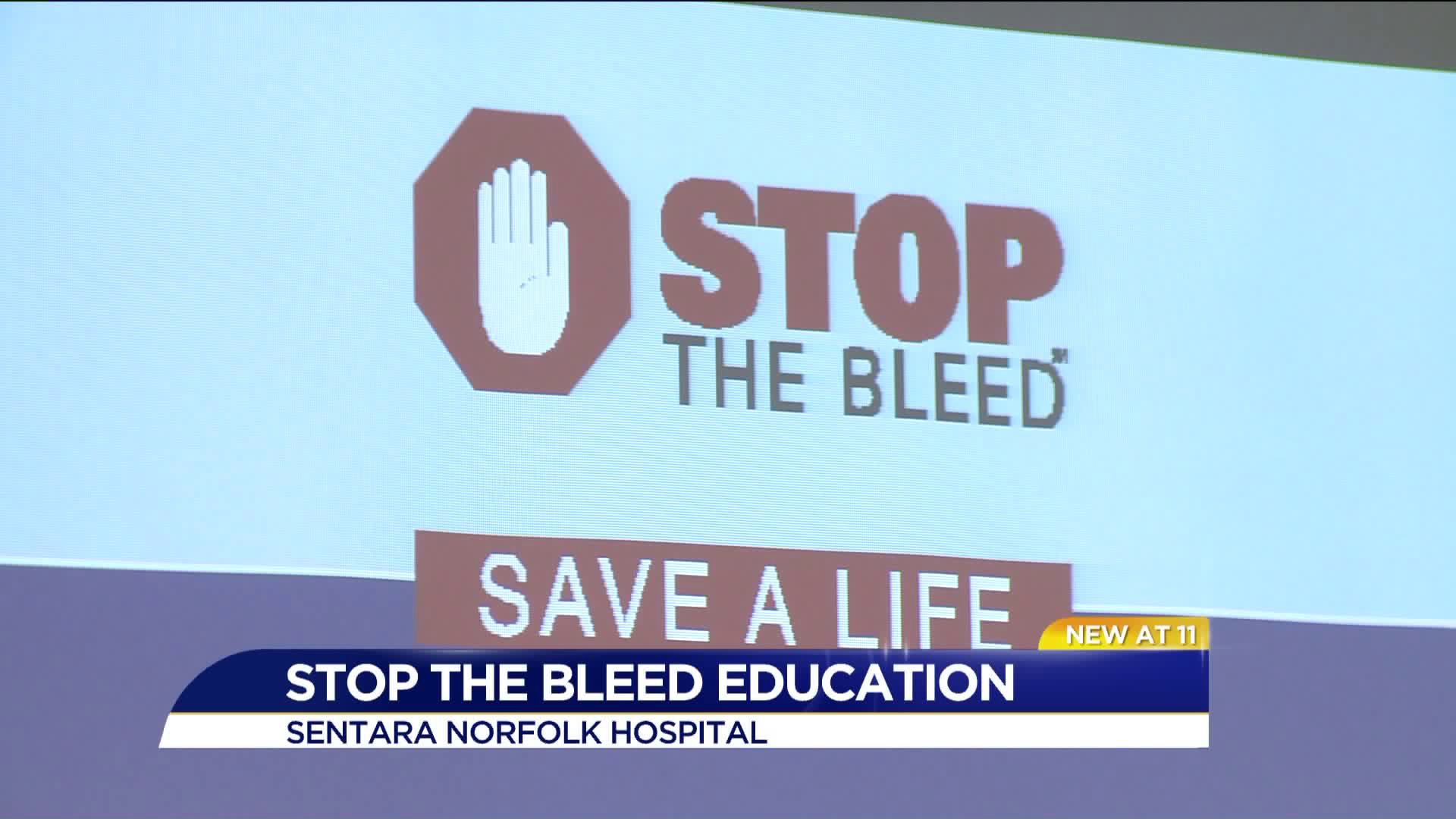 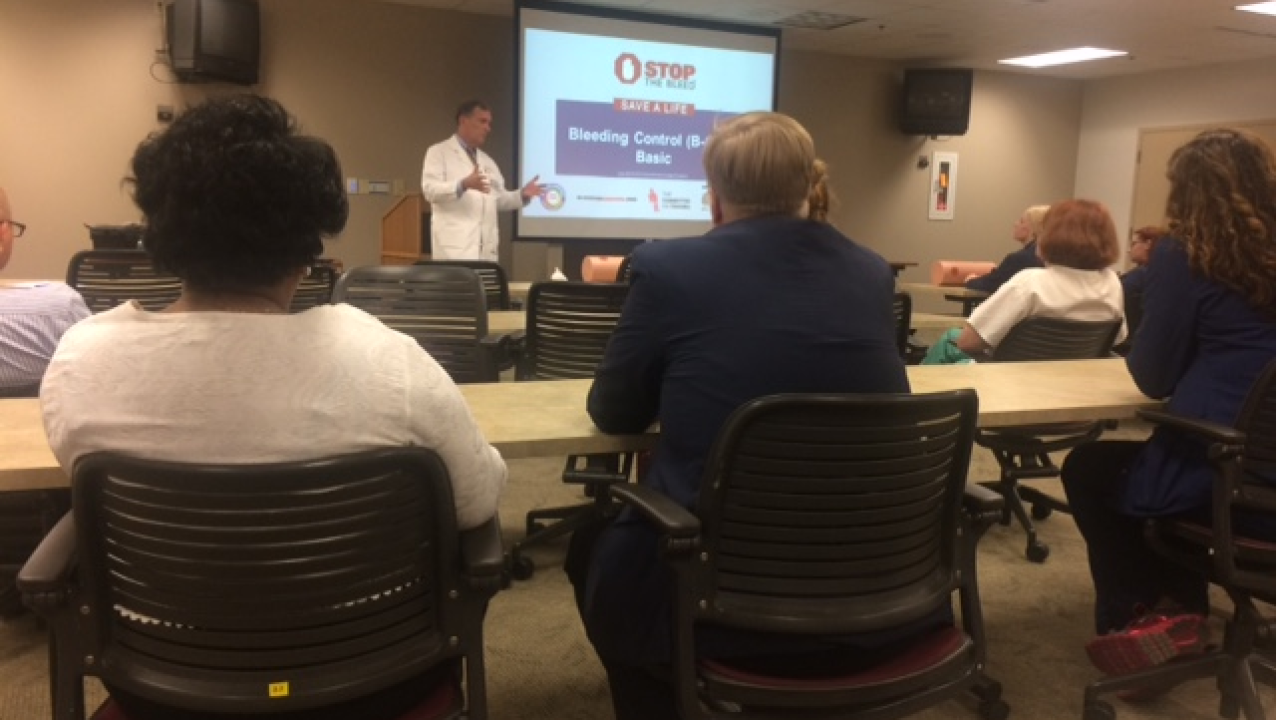 NORFOLK, Va. - Bleeding to death is a horrible way to die, and now health leaders in Hampton Roads are working to train more people to learn what to do if someone is losing a lot of blood.

The Boston Marathon Bombing, the Sandy Hook shooting and most recently, the attack in Charlottesville are all horrific events which left several people dead and hundreds of others injured.

Health officials at Sentara say bleeding to death is the number one reason people die from injuries.

“It turns out when you talk to people and you ask why didn't you intervene to help the victim, you get two answers: 'I didn't know what to do' and 'I was afraid to hurt the patient,'” said Leonard Weireter, MD, Arthur and Marie Kirk Family Professor of Surgery at EVMS, Vice Chair of the American College of Surgeons’ Committee on Trauma and former chief of trauma at Sentara Norfolk General Hospital,

“Stopping bleeding is an easy lifesaving skill that everyone should know,” he said.

According to information sent out from Sentara, the Committee on Trauma, along with the National Association of Emergency Medical Technicians, the Committee on Tactical Combat Casualty Care and the Hartford Consensus, have launched a program called ‘Stop the Bleed’ to teach bleeding-control skills to every citizen.

Monday Dr. Weireter educated a class of hospital employees on how to use a tourniquet and pack a wound.

“The goal is to teach every citizen in the nation how to control bleeding,” said Dr. Weireter. “A death from any circumstances is very regrettable. What's more regrettable is a death that we can prevent.”

According to a press release sent out by Sentara, here is how local hospitals are preparing:

EVMS and Sentara Norfolk General Hospital are also posting tourniquet and wound packing kits in the same locations as portable defibrillators for heart attacks. Combat-certified tourniquets are being distributed to all 600 medical students at EVMS. The Norfolk Department of Fire and EMS is offering training for community groups.

For more information on getting trained, contact the Norfolk Cares IMPACT Center at 757-664-6510.

More information can be found at http://www.bleedingcontrol.org.