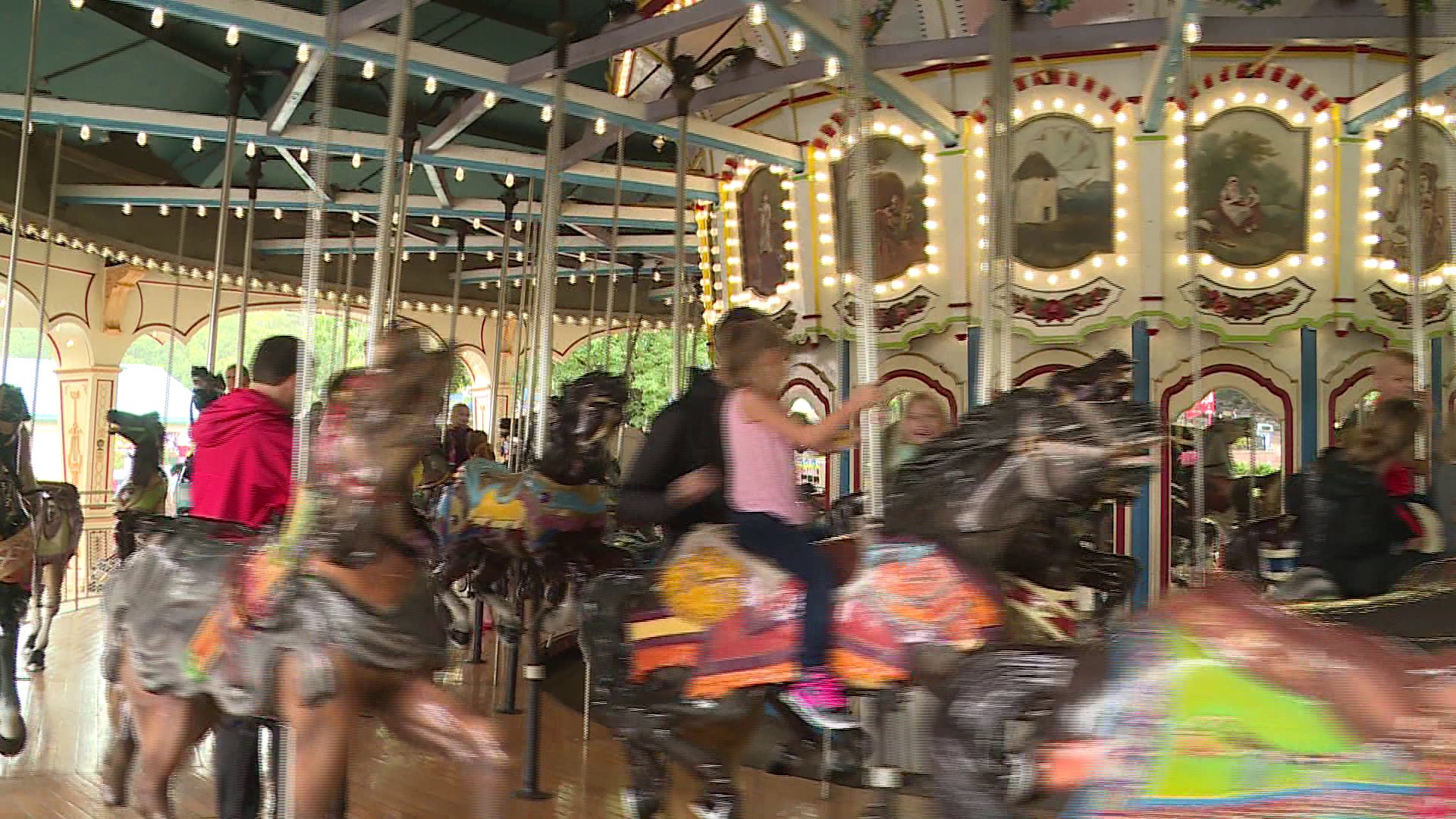 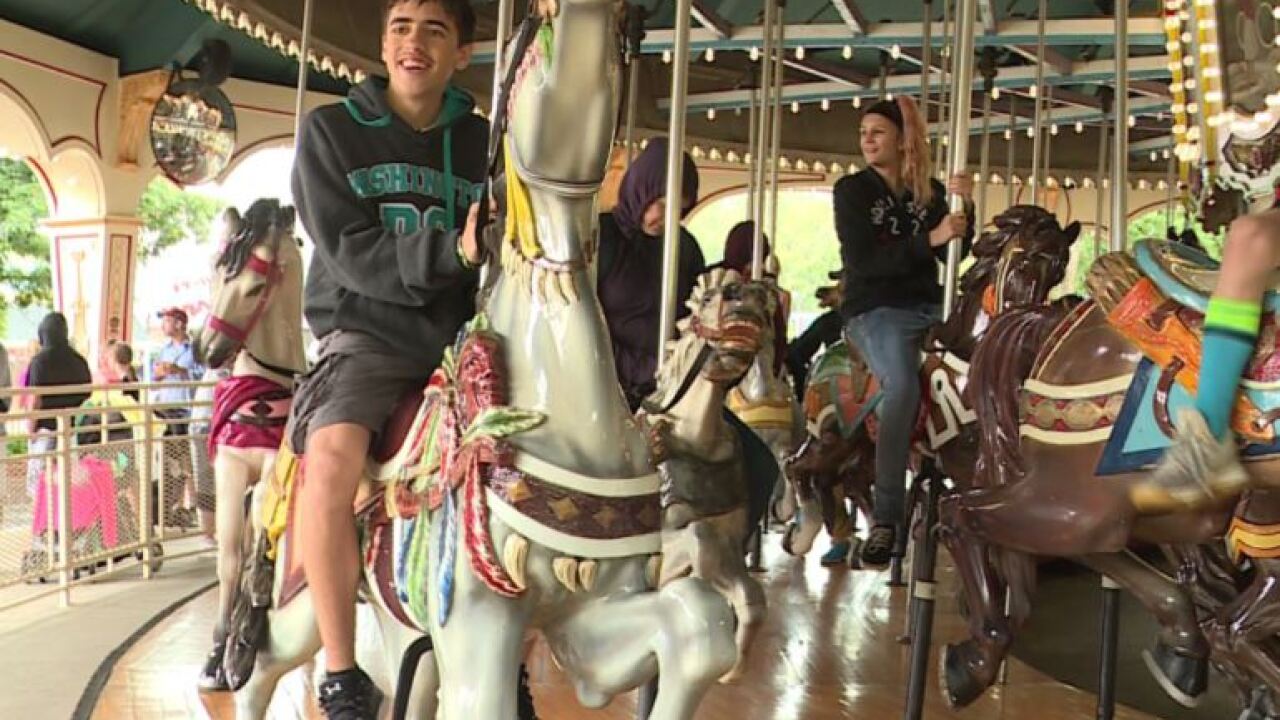 DOSWELL, Va. (WTVR) -- The carousel at King’s Dominion may not be the fastest ride and it certainly is not the steepest ride at the amusement park. But there is no denying that this just might be the happiest attraction in Virginia.

Leading the good cheer is operator Tony Bell. The 19-year-old doesn’t call this a summer job. Part performer and part preservationist, Tony shoulders a tradition that’s been going round and round since the first World War.

“It is actually like an honor because with it being 100 years old. I feel like, ‘Woah,’” said Bell.

Built for $12,000 in 1917 by the Philadelphia Toboggan Company, the 66 hand-carved beauties that make up the carousel originally entertained riders in Agawam, Massachusetts, according to CBS 6.

“I always get excited to see the ride operating. This carousel is absolutely a work of art. It is a genuine American antique,” said Bell. “I’m never surprised to see people line up to ride a carousel. I mean there is nothing more wholesome and traditional at an American amusement park than a carousel.”

Since 1975, when King’s Dominion opened, this landmark has attracted more than 20 million riders. With so much wear and tear, three to four horses are stripped and repainted each winter.

“It just spins around and you get to relax. I call it, ‘Living the life,’” said 9-year-old Sydney Werner.

Sure this artifact may not satisfy adrenaline junkies, but carousel connoisseurs say the thrill lies in the nostalgia.

“It is like a tradition for me. Nothing beats the horse,” said Debbie Messmer. “I come here four or five times a year. This is one of the only rides I ride! That is so Amazing. Isn’t that amazing. 100 years old!”

“The way they go around. It is like a kiddie ride that you never forget. You always remember the carousel when you were little,” said Blake Gonzales.

As the curtain lowers on its 100th summer thousands squeeze in one last ride.

For Tony Bell, the mechanical horse wrangler isn’t ready to rein in the fun just yet.

“I love this job. Because whenever I come in it doesn’t feel like a job. I know it has to come to an end at some point,” said Bell. “But best believe next year I’ll be here. I’ll be at the carousel.”

If you are interested in riding the carousel, King’s Dominion is open most weekends through October.