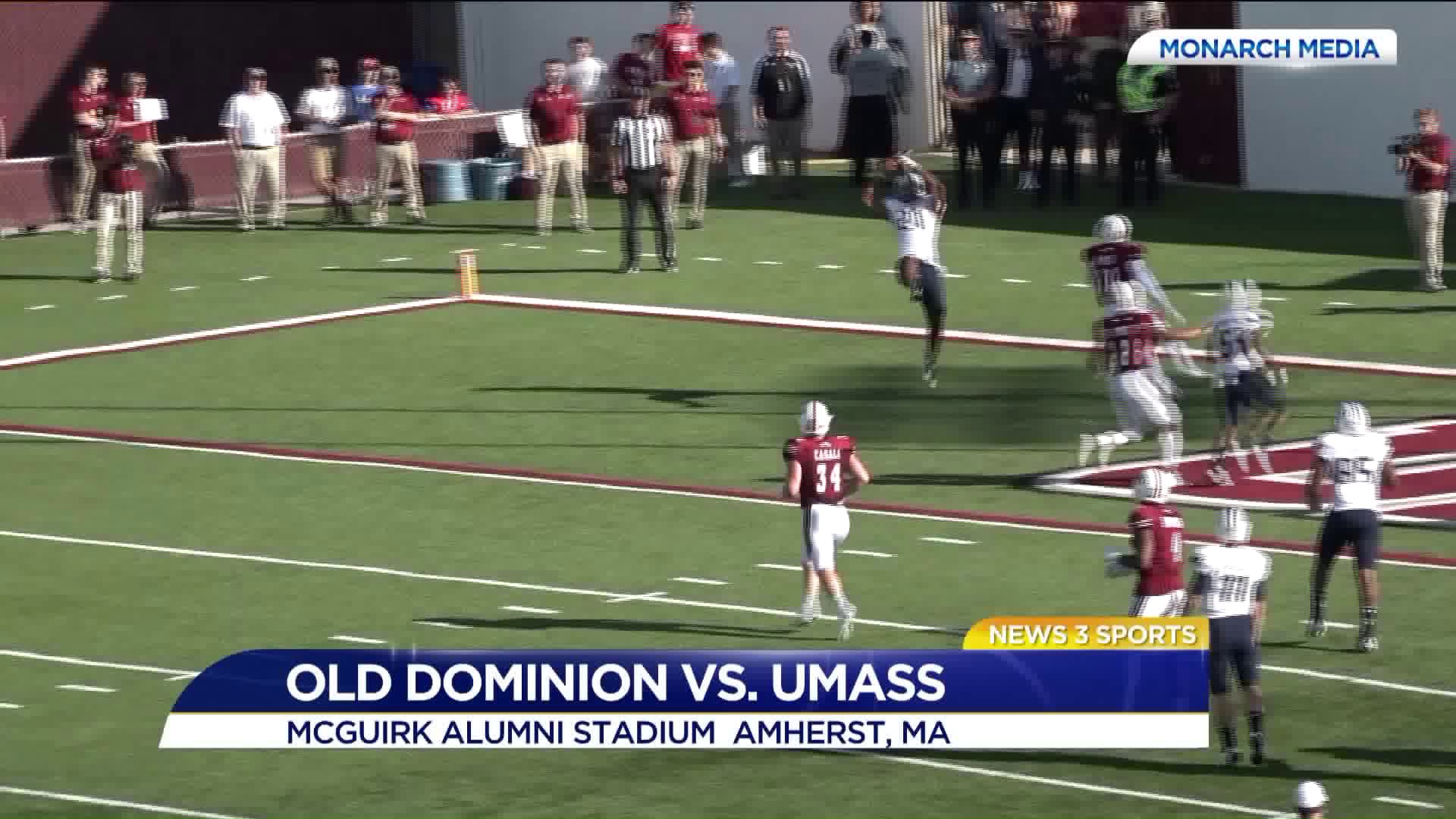 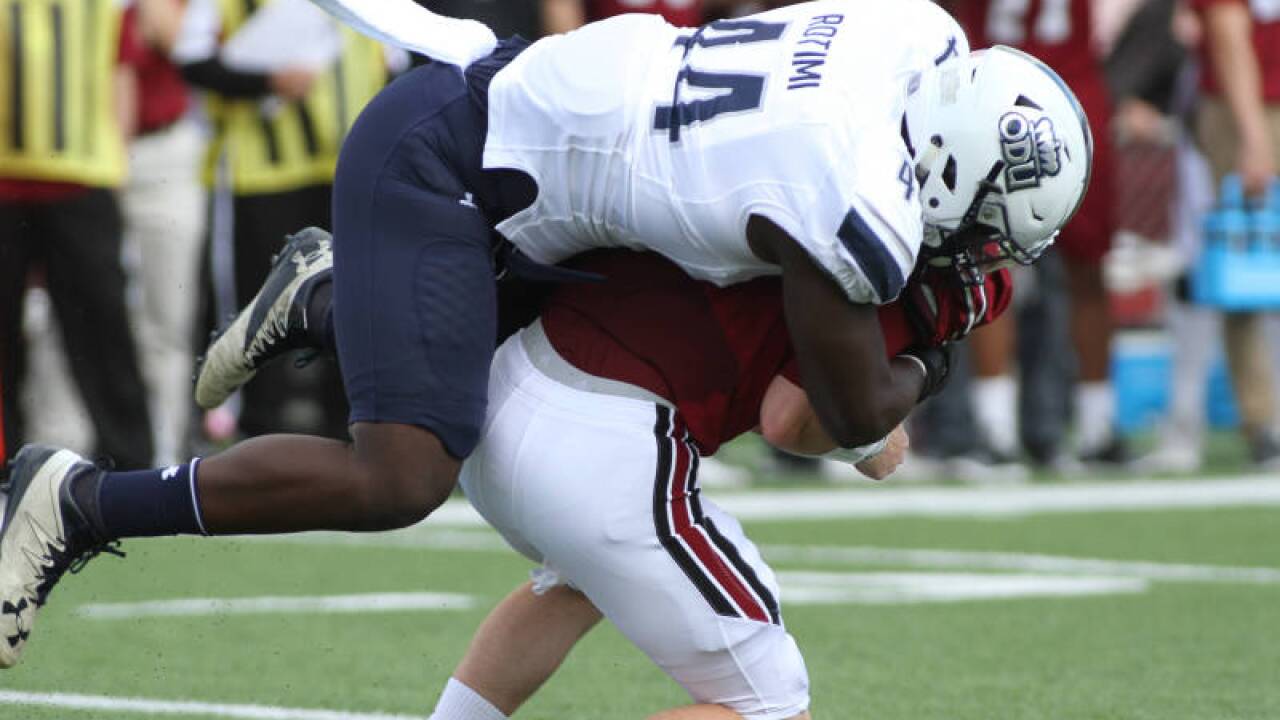 Jordan Hoy capped a nine play, 34-yard drive with a seven-yard touchdown run with four minutes to play to make the score 17-7 and ice the game for the Monarchs.

Miles Fox had two sacks, while Pat Toal had 1.5 to lead the defense, while Marvin Branch had a team-high and career-best 15 tackles.

The Monarchs took the opening kickoff and drove 64-yards capped off by a 28-yard field goal from Nick Rice. Blake LaRussa completed first down passes to Travis Fulgham and Jeremy Cox, and scampered for 21-yards for a first down to lead the drive.

ODU drove 86-yards in nine plays to take a 10-0 lead with a minute left in the first half. Gemonta Jackson had an 19-yard run while LaRussa hit Travis Fulgham for a pair of first downs on the drive, while finding Jonathan Duhart for a two-yard touchdown.

The Monarchs held UMass off the scoreboard in the first half.

UMass took just two plays to get on the board in the second half as Andre Ford found Andy Isabella for a 60-yard touchdown pass to make the ODU lead 10-7.

Jeremy Cox had 25 carries for 97-yards, while Travis Fulgham led the receivers with four catches for 81-yards.