FEMA chief: ‘Millions’ could be without power from Irma 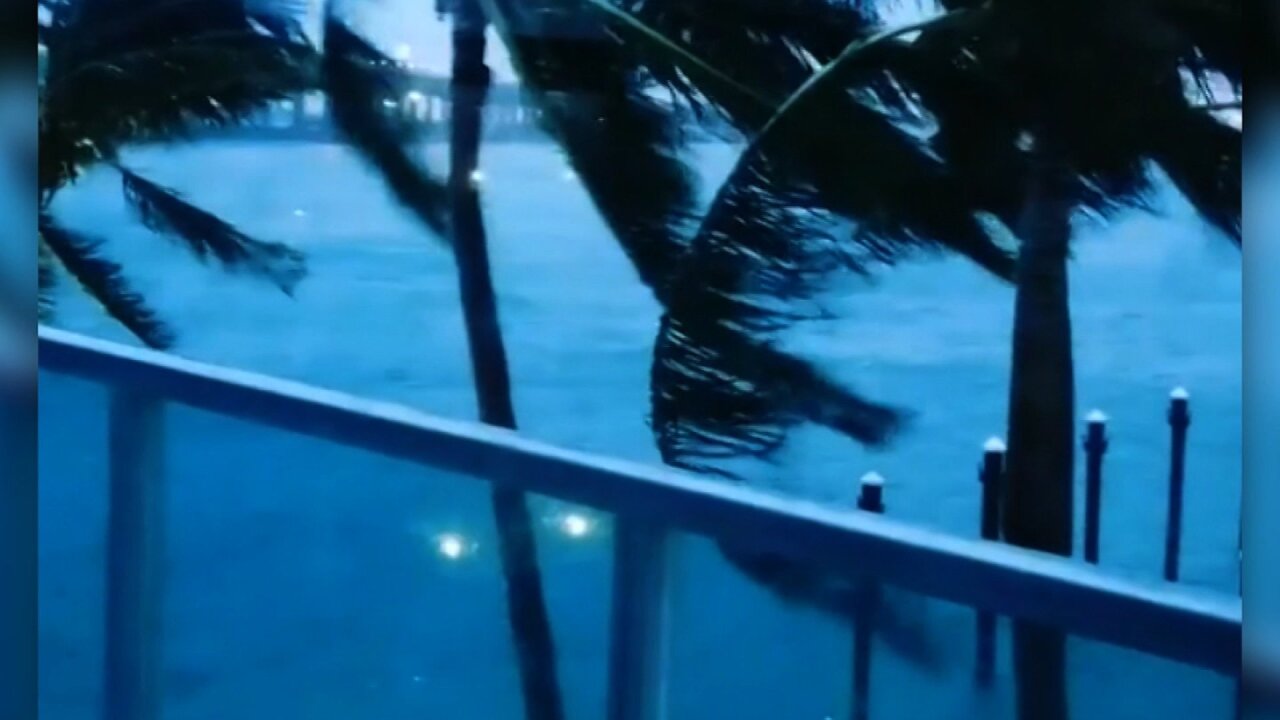 Hurricane Irma hit Cuba as a Category 5 hurricane late Friday, with waves reaching as high as 23 feet according to officials. The storm started hitting Florida’s southern tip on Saturday.

As Hurricane Irma bears down on Florida’s southern coast, the nation’s emergency management chief is warning that ‘millions’ of residents could be without power, in some instances for weeks.

“We could see millions of people without power in Florida for multiple days in some areas, maybe weeks, and so I think it’s very important to set the expectations of citizens,” Federal Emergency Management Agency chief Brock Long told CNN’s Rene Marsh at his agency’s headquarters in Washington, D.C., Saturday. “This is why we ask and plead with people to be ready for multiple days, and unfortunately this is coming into reality,”

Asked for a specific number of those who could lose power, Long said, “You know it’s hard to speculate, but some of the estimates could be 5 million people without power based on this, you know, south-to-north trajectory, and it’s not just Florida; it’s going to be moving into Georgia as well … over the next five days.”

Long also made clear that residents living in the hardest-hit areas who decided to stay in their homes despite evacuation warnings, will likely not receive immediate aid from federal first responders.

And for those in the Keys: “You’re on your own until we can actually get in there, and it’s safe for our teams to support local and state efforts,” Long said. “The message has been clear — the Keys are going to be impacted, there is no safe area within the Keys, and you put your life in your own hands by not evacuating.”

Long described the scenario as a harsh reality, warning that residents have to be primarily responsible for their own well-being.

“And what we have to do is set citizen expectations,” Long said. “We are not going to be there right after storm passes. We need to be sure that the roadways are clear, we need to get trucks in to get stuff there. And that’s why we ask people to be prepared for three days, and you know hopefully in these landmark events, citizens will start to take these preparedness measures seriously. All over the country, we’re asking you to be prepared. We cannot be there right after the storm.”

Long also said it was “hard to say” how long the $15 billion approved by Congress for disaster relief will last.

But he added that the administration and Congress “understand the importance of this mission, and the President’s given me all the authority I need to move forward. And as I’ve been saying, paperwork and money’s not going to get in the way of us mobilizing and saving lives.”

Long said he has faith that Congress will move swiftly if there’s a need for more money.

“I think the Congress will act quickly to make sure we have the emergency funding that we need to go forward,” he said. “And the actual damage estimates of not only Harvey, but also Irma takes place over a course of several years, so it’s not that all money needs to come down at one time,” he said.

Speaking to CNN, Texas Republican Rep. Michael McCaul, who chairs the House Homeland Security Committee, called the amount of money allotted by Congress this week for both Hurricane Harvey and Irma relief efforts a “down payment.”

“I would call it a down payment, and that’s what it was, and FEMA burning probably half a billion a day,” he told CNN. “And when you compound that with Hurricane Irma, with Irma, you can imagine how that cost is going to go up. Congress isn’t done with this issue. I fully anticipate another supplemental bill to pay for both Harvey and Irma.”

McCaul said had hope that the funding issue would not get political.

“This town is not devoid of politics,” he said. “I would hope in the case of a natural disaster of this magnitude — now the second one we’ve seen … and with people’s lives at stake, they’re rebuilding their lives and communities — that we would show some compassion and not play partisan politics with this,” he said.

McCaul added that he believed that compassion would translate into the passage of a second disaster aid bill in the coming weeks.

“I think you’ll probably see a clean bill,” he said. “We had to raise the debt ceiling to pay for the Harvey relief. And that was done by Congress; we’ve raised that debt ceiling ’til the end of the year. And I do think you’re going to see another supplemental when we return.”

“This is a storm of enormous destructive power, and I ask everyone in the storm’s path to heed ALL instructions from government officials,” he wrote.

Earlier in the day, the President posted a link to state information on the locations of shelters, road closures and evacuation routes.

Trump and his Cabinet, who are meeting at Camp David this weekend, are receiving regular updates on both Irma and another hurricane, Jose, which is following behind it, including a briefing by acting Homeland Security Secretary Elaine Duke, the White House said Saturday.

“The President and First Lady are keeping all the people impacted by Hurricanes Harvey and Irma in their thoughts and prayers and urge everyone to listen to and follow the safety instructions of local authorities,” a White House official said.