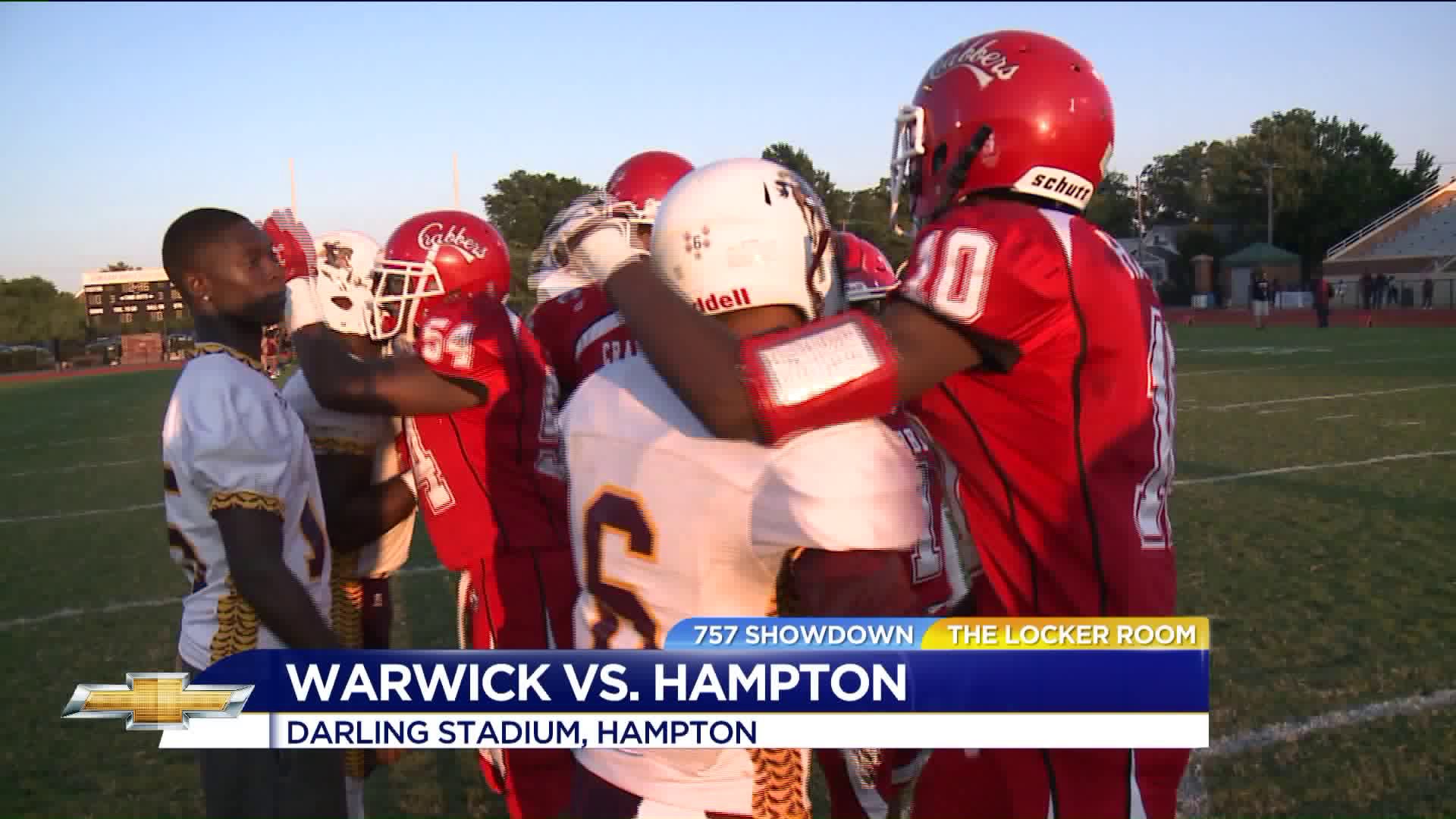 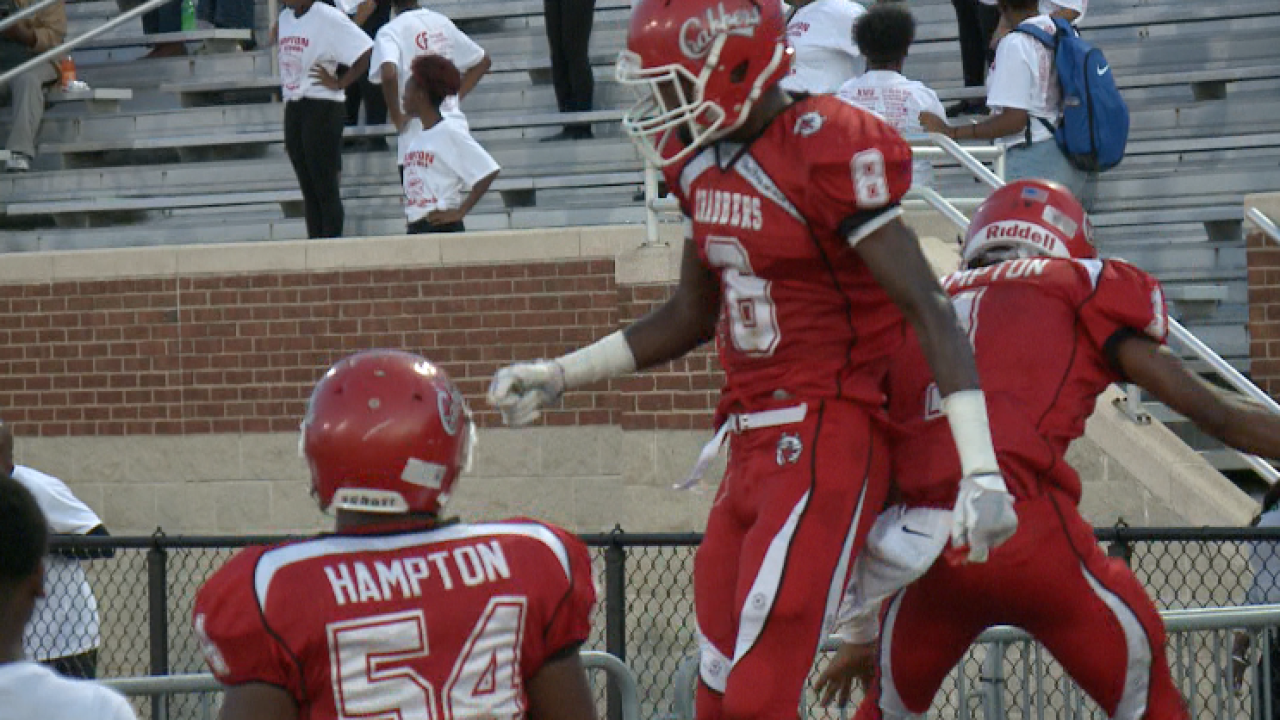 HAMPTON, Va. - Upsets were avoided on Friday as Hampton continued it's dominance over Warwick, blanking the Raiders 28-0 at Darling Stadium.

The Crabber's have now won 10 straight games over the Raiders, and have only lost twice to Warwick in the past 52 years.

The ground game proved to be the difference maker, as three of the Crabbers four touchdowns came from the rushing attack. Quarterback Cam Stevenson had one rushing touchdown, while running backs Darrell Butler and Elijah Highsmith each punched in a score as well.