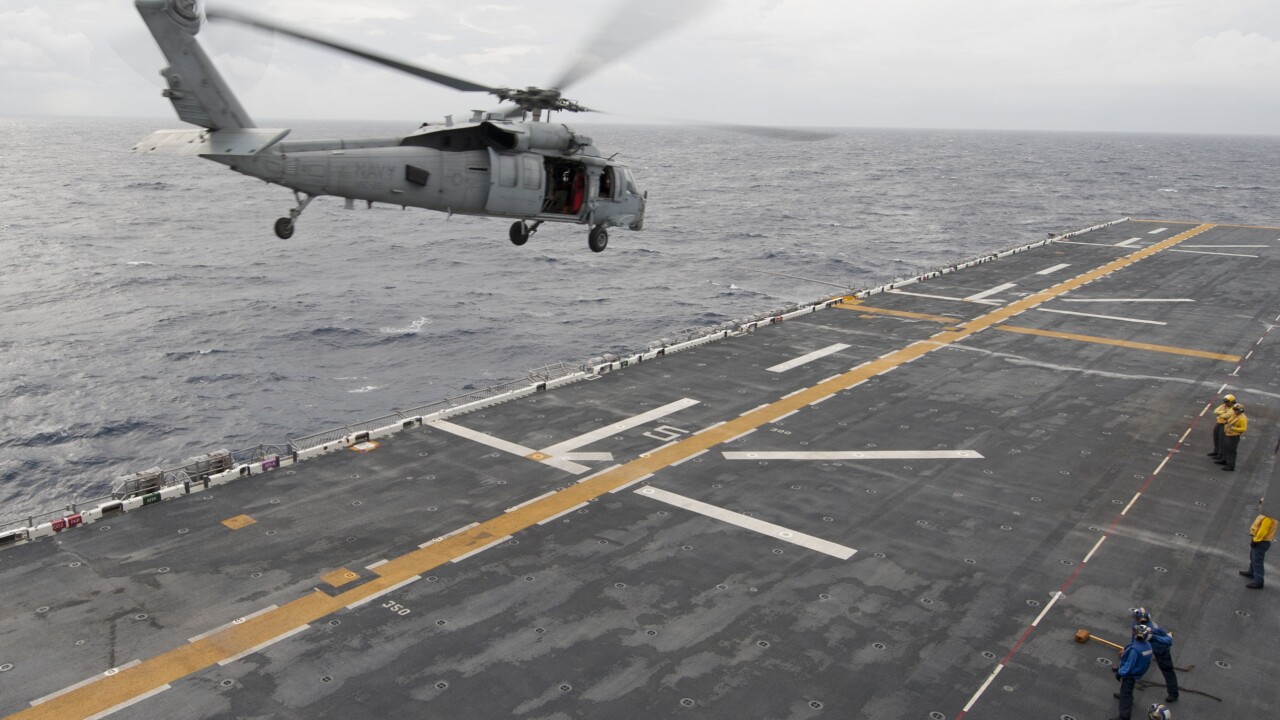 170907-N-SA412-052 CARIBBEAN SEA (Sept. 7, 2017) An MH-60S Sea Hawk helicopter departs USS Wasp (LHD 1) en route to the U.S. Virgin Islands in the wake of Hurricane Irma. WaspÕs helicopters are conducting medical evacuations for critical care patients from St. Thomas to St. Croix and conducting damage assessment in support of the local government. Wasp, the first Navy ship to arrive in the vicinity of the U.S. Virgin Islands, is capable of providing medium and heavy lift helicopters to transport people and supplies. The DoD is supporting FEMA, the lead federal agency, in helping those affected by Hurricane Irma to minimize suffering and is one component of the overall whole-of-government response effort. (U.S. Navy photo by Mass Communication Specialist 3rd Class Sean Galbreath/Released) 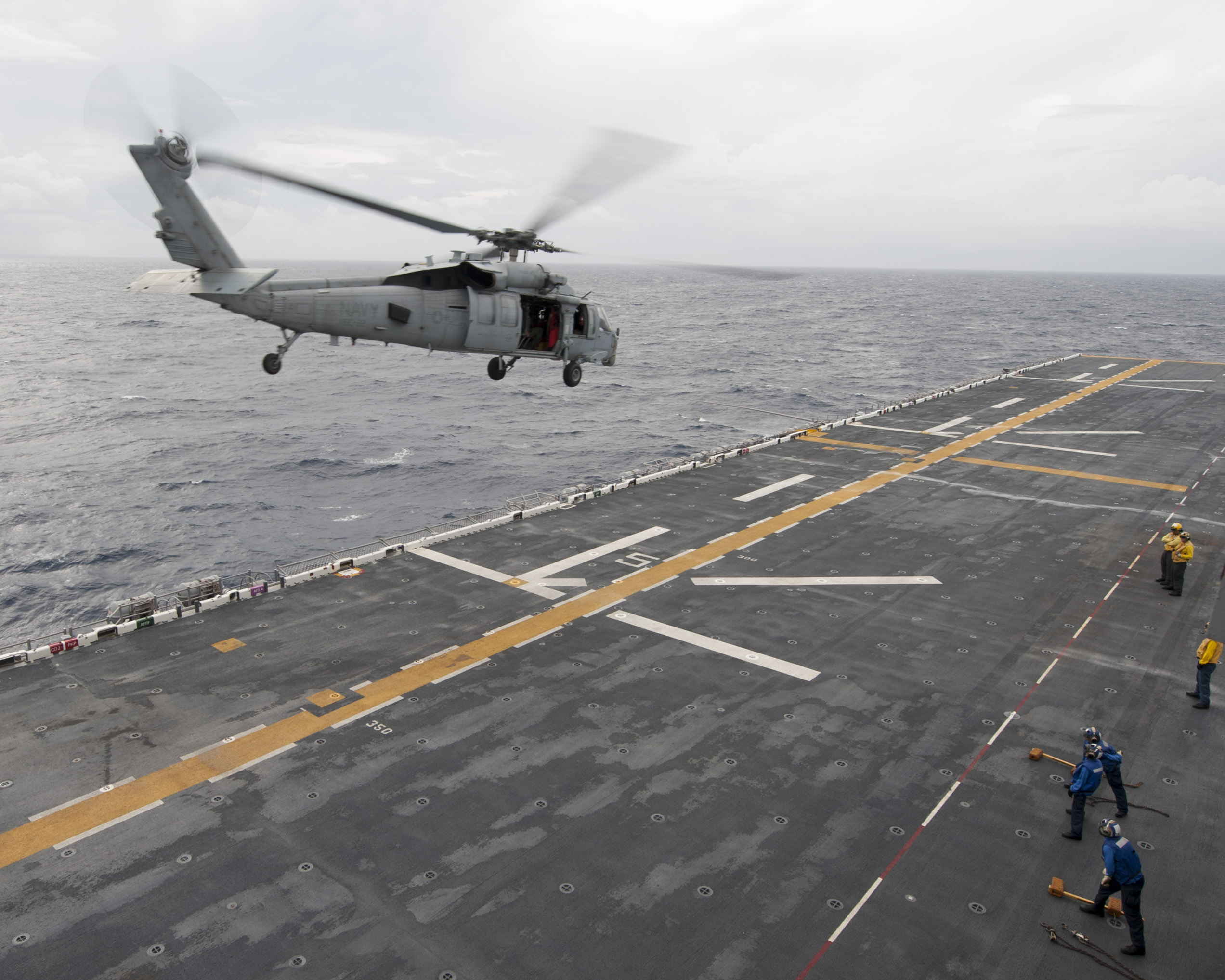 The USS Wasp was the first to arrive in the Caribbean and is providing medium and heavy lift helicopters to transport people and supplies. Its helicopters are conducting medical evacuations for intensive care patients from St. Thomas to St. Croix and conducting site assessments on the initial damage in St. Thomas.

Wasp departed for Sasebo, Japan, on August 30 to assume duties as the forward-deployed flagship of the amphibious force of the U.S. 7th Fleet. It was conducting its transit and was redirected to assist with relief efforts.

Kearsarge and Oak Hill departed Norfolk on August 31 to support relief efforts after Hurricane Harvey. They were redirected to be in a position to support efforts in the aftermath of Hurricane Irma.

These ships are capable of providing medical support, maritime civil affairs and maritime security, among other duties.

As Hurricane Irma moves through the Caribbean and approaches the East Coast of the United States, the federal government’s top priority is to minimize suffering and protect the lives and safety of those in the storm’s path.