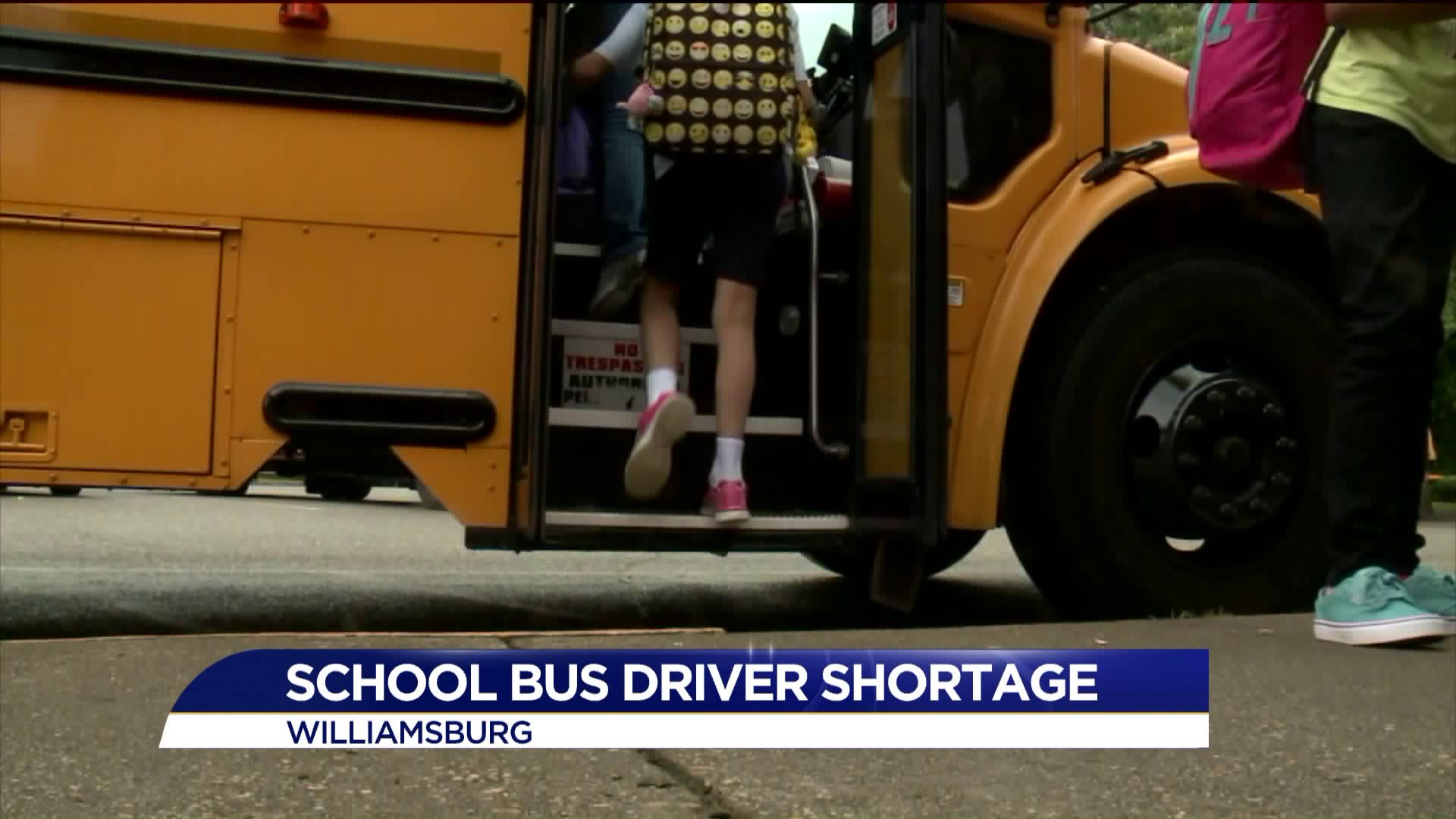 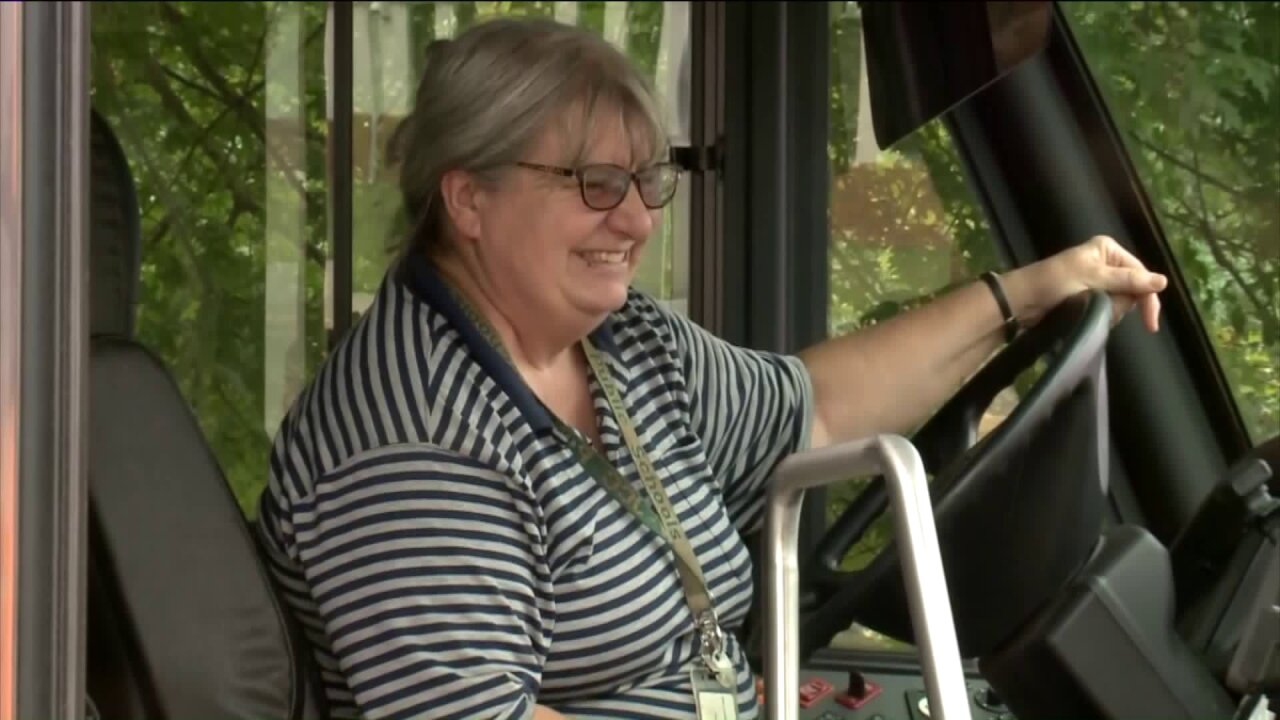 A bus driver shortage is causing major delays in the mornings and afternoons here in James City County, Williamsburg.

"The difference between me and a larger bus is I have one-to-one contact with the parent so I can kind of explain the delay," Rentae Bower said.

Bower has been a school bus driver for 10 years. She says the driver shortage makes it hard for her to do her job.

"Buses can't move until every child is accounted for on the bus so it makes me late," she said. "Then I've got a parent who's really worried about their autistic children, like, "What did you do to my child.'

To make up for the current shortage, Director of Public Relations and Engagement Betsy Overkamp-Smith says they are doing all they can. They have employees from the transportation department who are certified drivers running routes.

"We are also doubling up runs. That means the driver picks up her first school run takes all of those students to the school and then goes to additional bus stops to pick up the next run and then goes back to the school," Overkamp-Smith said.

Overkamp-Smith said the school messaged parents about the delays on Friday to be proactive. They are also working hard to hire new drivers, but there is no quick fix.

"There is a training process though, so it does take some time before a new bus driver can get on the road if they are not previously trained," she said. "So there is that delay also in filling positions,."

Overkamp-Smith says the training takes several weeks but they have classes running all the time.

Officials say they do expect delays to get shorter as bus drivers get used to driving different routes.