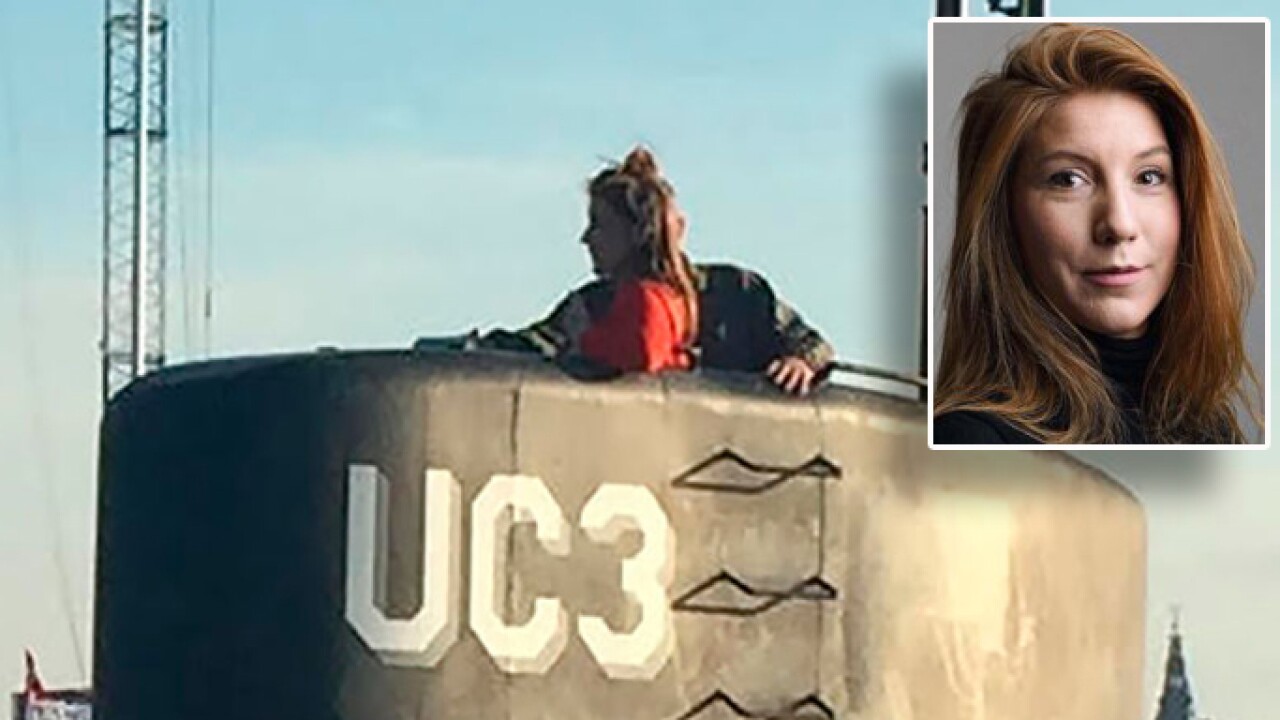 This photo shows allegedly Swedish journalist Kim Wall standing in the tower of the private submarine “UC3 Nautilus” on August 10, 2017 in Copenhagen Harbor. The submarine sank in the sea outside Copenhagen Harbor on friday night. Following a major rescue operation, a swedish woman supposed to be on board of the submarine is still missing. / AFP PHOTO / Scanpix Denmark / Anders Valdsted / ALTERNATIVE CROP (Photo credit should read ANDERS VALDSTED/AFP/Getty Images)

Peter Madsen, the Danish inventor suspected of killing Swedish journalist Kim Wall, has denied that he was responsible for her murder, Copenhagen police said Friday.

Madsen is in custody and being questioned by investigators. Prosecutors said Thursday that they intend to file formal charges against Madsen for murder as well as “indecent interference with a human corpse.”

Wall, 30, disappeared after boarding Madsen’s homemade submarine on August 10 for a story. She was last seen on that day in an image that allegedly showed her standing with Madsen in the tower of the submarine in Copenhagen Harbor.

Members of The Danish Emergency Management Agency (DEMA) assist police at Kalvebod Faelled in Copenhagen on August 23, 2017 in search of missing bodyparts of Swedish journalist Kim Wall close to the site where her torso was found on August 21. (MARTIN SYLVEST/AFP/Getty Images)

On Wednesday, Danish police confirmed that the DNA from a headless torso found washed up on an island near Copenhagen matched that of Wall. Blood found on the submarine was also a match for Wall, according to chief investigator Jens Møller Jensen.

Møller Jensen said the body had apparently been punctured to let the air out before sinking it, and it was weighted down in a presumed attempt to prevent it floating.

Police said divers from the country’s defense ministry were searching for further evidence in Dragoer Harbor, which is where Madsen was brought ashore after his submarine sank.

The case has also prompted a significant number of calls from the public. Police said that as of Friday morning, there had been 656 tips to investigators.

Madsen, 46, told a closed-door court hearing Monday that Wall had died in an accident and was buried at sea in an “unspecified place” in Køge Bay, according to a statement.

He originally claimed he had dropped her off on land on the night of August 10, according to a police statement. But police later said Madsen had provided them with a “different explanation.”

The submarine was found about 15 hours after it had departed Copenhagen, on August 11. Madsen was rescued from the sinking vessel by emergency crews but there was no trace of the missing journalist. He was initially charged with manslaughter and ordered to be held in custody for 24 days.

His lawyer, Betina Hald Engmark, told Denmark’s TV2 at the time that her client “accepts the arrest but still denies the crime.”

Her mother, Ingrid Wall, also posted a moving tribute to her daughter on Facebook, saying: “She gave a voice to weak, vulnerable and marginalized people. It’s a voice this world needed for years to come, but that has now been silenced.”