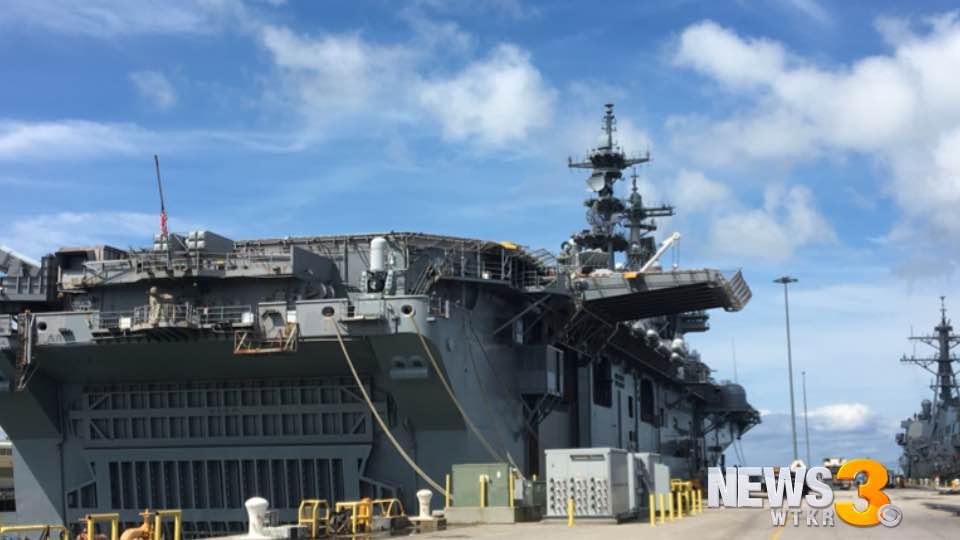 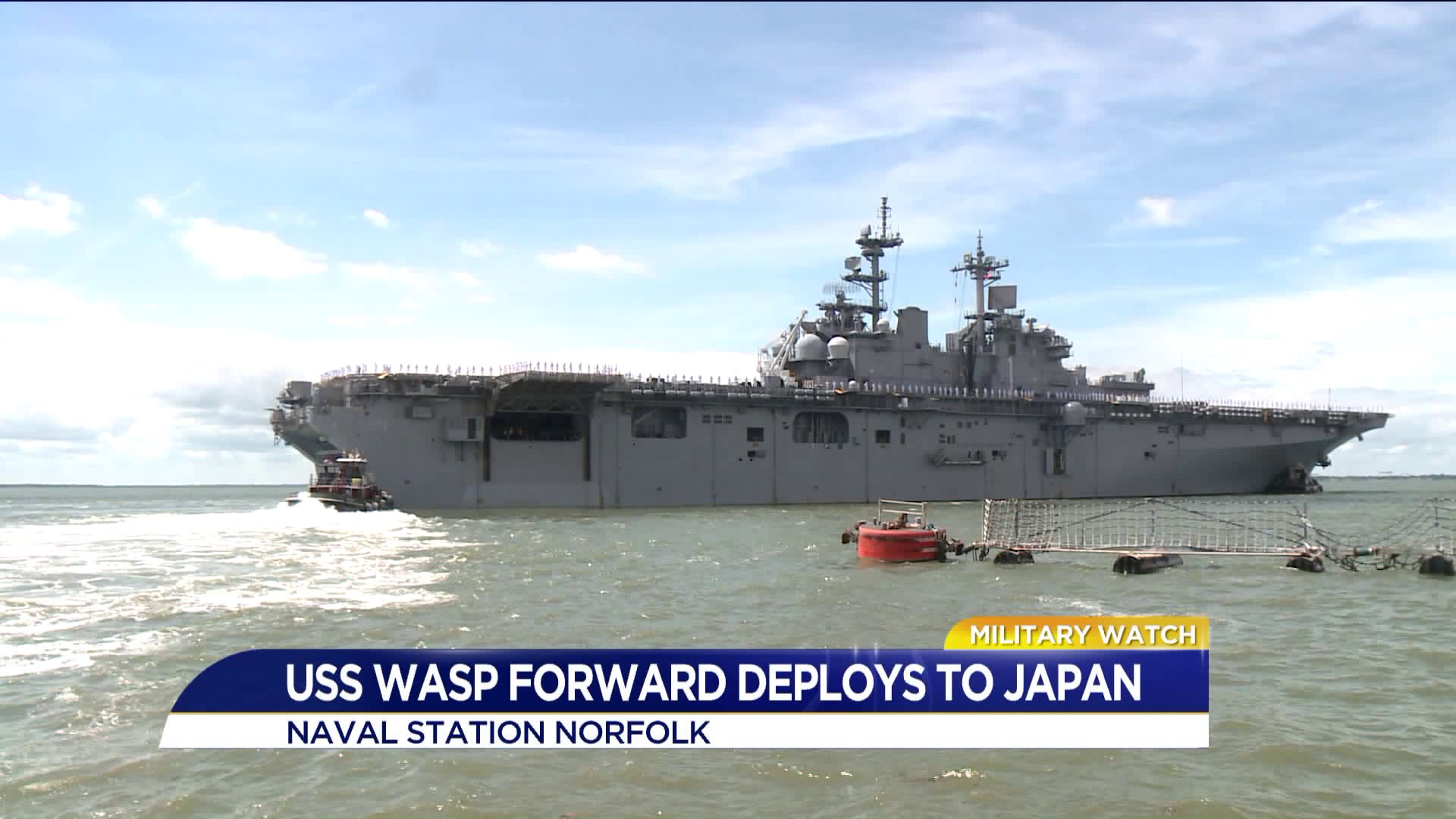 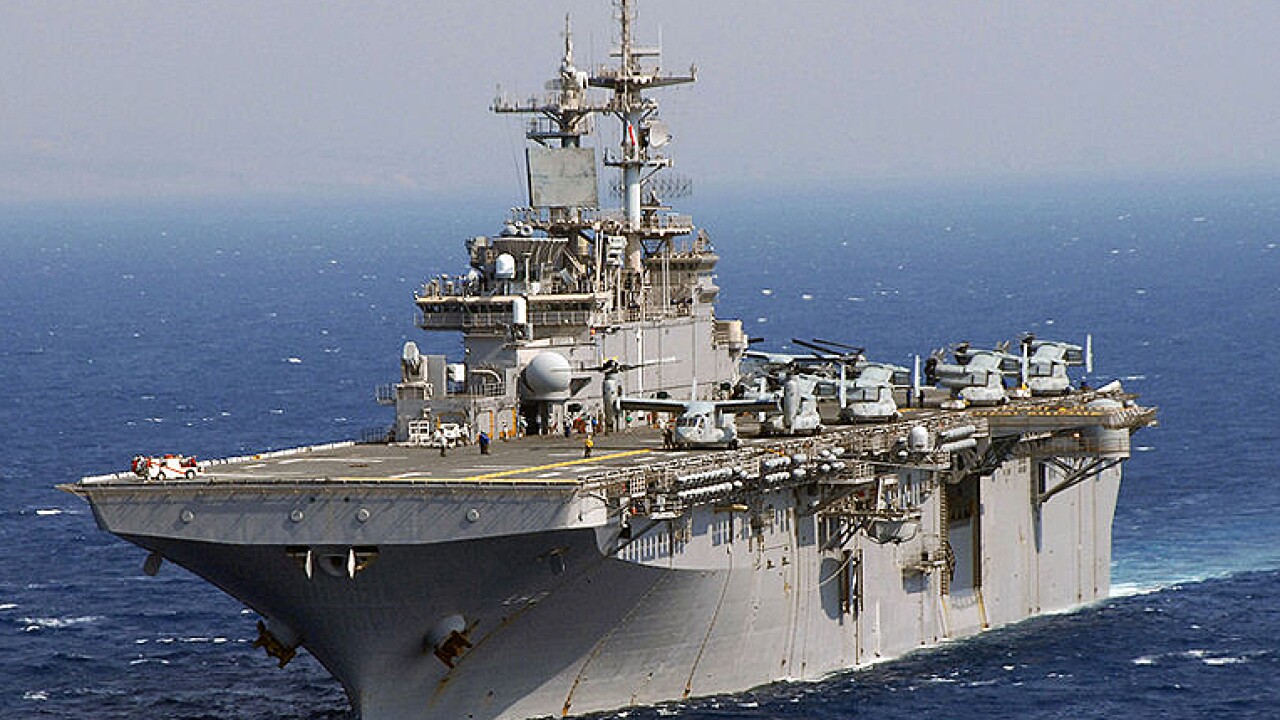 NORFOLK, Va. - The USS Wasp left Norfolk Wednesday to assume duties as the forward-deployed flagship of the U.S. Navy's amphibious force  in Japan.

The USS Wasp (LHD 1) was scheduled to leave Naval Station Norfolk for the last time on Monday, but a coastal storm delayed the departure.

Moving to Japan is a big move for many of the roughly 1,100 crew on the USS Wasp.

"It is challenging, there's no doubt about that, the Sailors are sacrificing a lot to make this transition out there, but it's a real great adventure if you think about it. Some of our Sailors will have deployed to the Mediterranean, operated in the Atlantic region, and now go to the Pacific Region and see really about 4/5ths of the world in their first enlistment," Commanding Officer Captain Andy Smith told News 3 anchor Todd Corillo Wednesday before the ship deployed.

The move is part of the U.S. Navy's re-balance strategy to increase presence in the Pacific Fleet.

The shift will introduce an F-35B Joint Strike Fighter-capable amphibious assault ship to the Indo-Asia-Pacific region, pairing it with the F-35Bs of Marine Fighter Attack Squadron 121 (VMFA-121).

Recently, the USS Wasp was modernized to accommodate the Marine Corps variant of the Joint Strike Fighter (F-35B), which is capable of Short Take-off Landing, enabling it to operate out of a wide range of bases, both afloat and ashore.  It has also received upgrades to the combat systems suite.

The USS Wasp will become part of the U.S. 7th Fleet and the USS Bonhomme Richard (LHD 6) will relocate from Sasebo to San Diego to undergo modernization.

USS Wasp to move from Norfolk to Japan