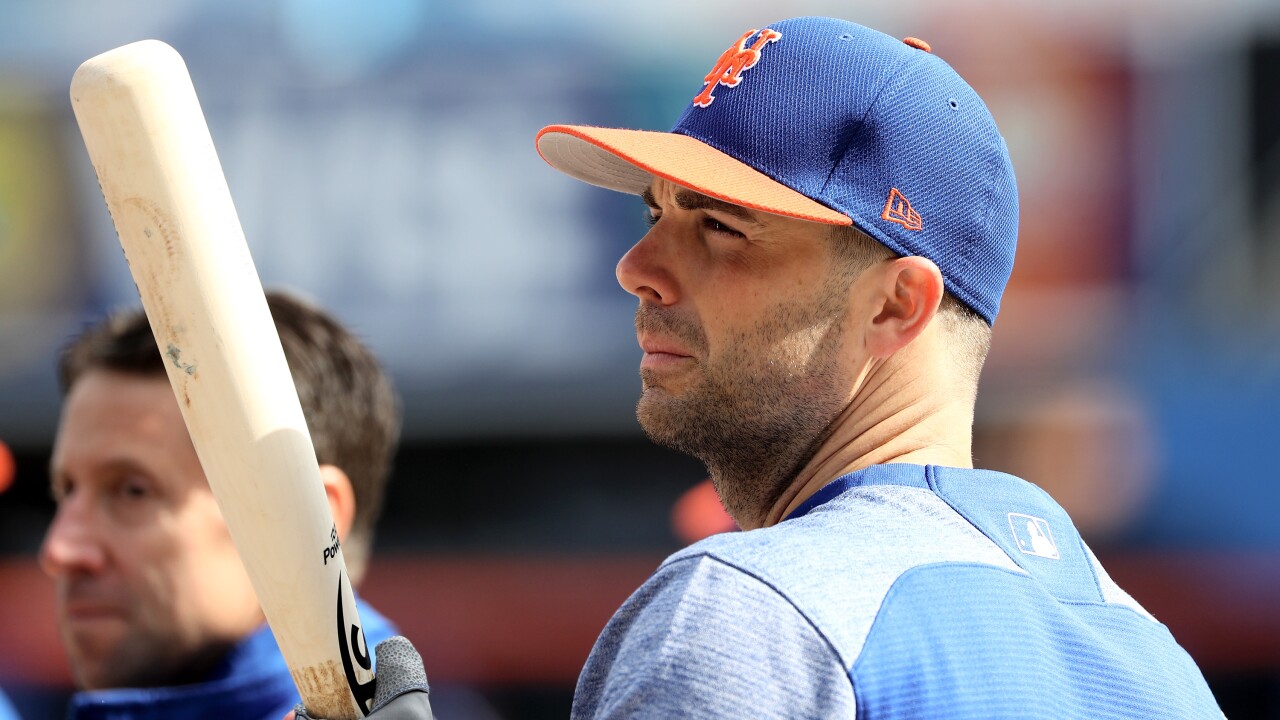 David Wright looks on from the dugout. (Photo by Elsa/Getty Images)

NEW YORK, N.Y. – Less than one week into his rehab assignment with the St. Lucie Mets, Chesapeake native David Wright is done on the diamond until he visits with doctors.

According to the New York Mets, Wright terminated his rehabilitation assignment Monday and will be re-examined in New York later this week.

“After playing in a few games, I continued to have shoulder pain,” Wright said in a statement. “So I decided to go to the doctor and get it checked out. Will make any decisions going forward after my appointment.”

Wright returned to the diamond last Tuesday, and he did so in the same lineup as Tim Tebow.

Wright, the Hickory High School alumnus, has not played in a major league game since May 27, 2016. On April 19, 2017, the Mets transferred Wright to the 60 day disabled list as he recovers from a cervical disc herniation.

In his first appearance on a rehab assignment for the St. Lucie Mets, Wright hitting third and serving as the designated hitter, went 0-for-4 with two strikeouts. He also reached on an error and popped out to first base. Tebow, batting sixth and playing left field, also went 0-for-4 with a strikeout in a 6-3 loss at the Charlotte Stone Crabs (Tampa Bay Rays affiliate).

The Captain is in the lineup! #STLMets #Mets #LGM pic.twitter.com/GXrS7mNRlW