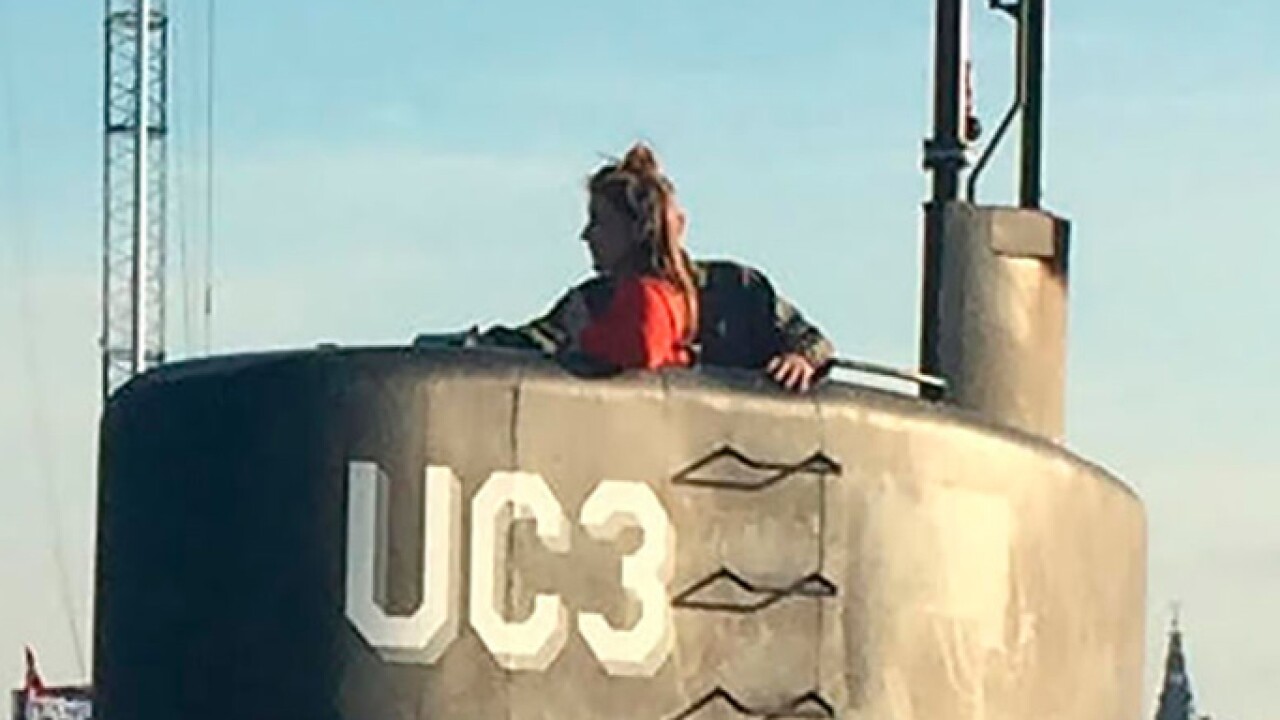 This photo shows allegedly Swedish journalist Kim Wall standing in the tower of the private submarine “UC3 Nautilus” on August 10, 2017 in Copenhagen Harbor. The submarine sank in the sea outside Copenhagen Harbor on friday night. Following a major rescue operation, a swedish woman supposed to be on board of the submarine is still missing. / AFP PHOTO / Scanpix Denmark / Anders Valdsted / ALTERNATIVE CROP (Photo credit should read ANDERS VALDSTED/AFP/Getty Images)

Swedish journalist Kim Wall, missing since August 11 after boarding a privately built submarine, died in an accident and was buried at sea, the vessel’s owner Peter Madsen told a court hearing in Denmark.

Madsen, who has been charged with manslaughter, told a closed-door court hearing that he buried Wall at sea in an “unspecified place” in Køge Bay, according to a statement published by Copenhagen City Council on Monday.

Wall, 30, was on the Nautilus for a story she was writing on Madsen and the 17-meter submarine. She boarded it on Wednesday August 10 at Refshaleøen island.

Madsen, 46, had originally rejected accusations that he was responsible for Wall’s death, claiming he had dropped her off on land on the Thursday night, according to a police statement.

Police then later claimed that Madsen had given them a “different explanation.”

Madsen was charged with manslaughter and ordered to be held in custody for 24 days. At the time of Madsen being charged, his lawyer Betina Hald Engmark told Denmark’s TV2 that her client “accepts the arrest but still denies the crime.”

According to Swedish newspaper and CNN affiliate Expressen, the submarine was found at 10:30 a.m. Friday, 15 hours after it had departed Copenhagen.

Police said there was no trace of Wall when the submarine was found by emergency services.

The search for Wall’s body is ongoing with Swedish police using ships and helicopters over the weekend in an effort to locate her.

Danish authorities have used divers aided with sonar equipment to assist in the search.

Wall, a graduate of Columbia University and London School of Economics, was based between Beijing and New York.

Her work has appeared in the New York Times, The Guardian, and TIME among others.