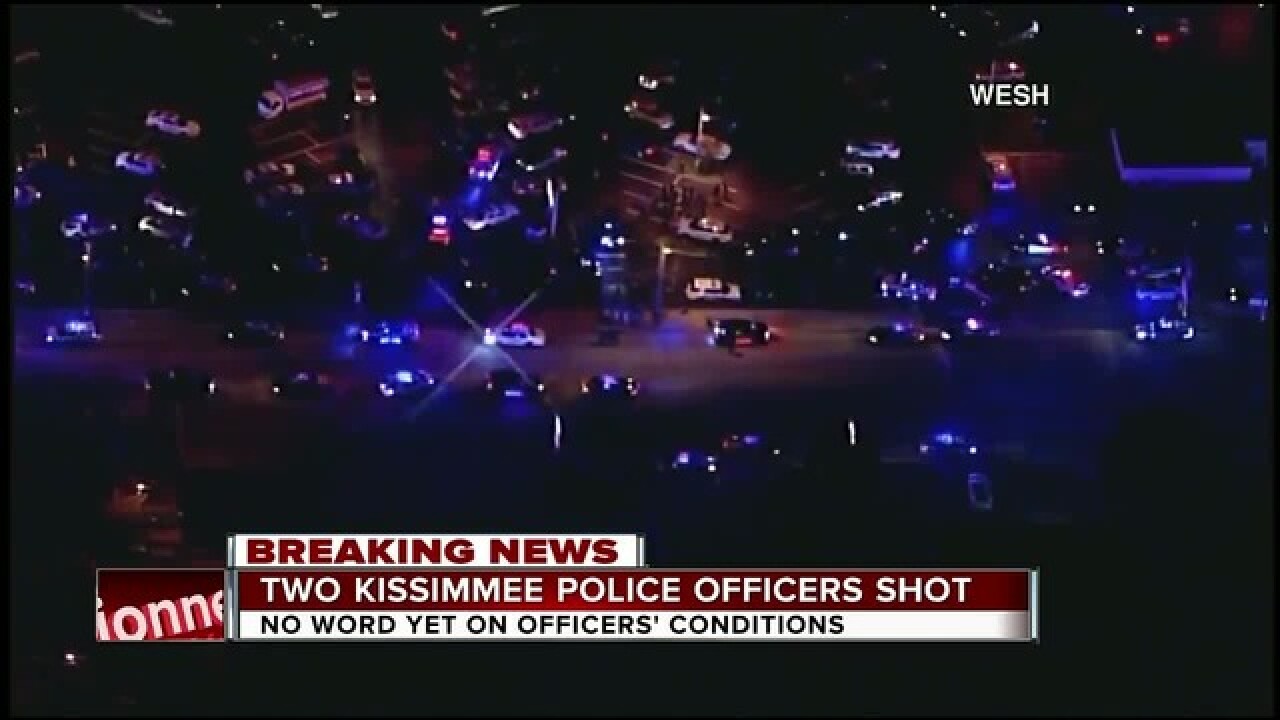 Two Florida officers were killed in Kissimmee while two others were hurt by gunfire in a separate incident in the state, authorities said.

The incident in the central city of Kissimmee may have been an ambush while responding to a call, Police Chief Jeff O’Dell said.

Officer Matthew Baxter and Sgt. Sam Howard were responding to a suspicious activity call just before 9:30 pm Friday in Kissimmee. Within minutes, gunfire erupted, surprising the officers, who were not able to return fire, O’Dell said.

“Officers immediately responded to the area and found two of their fallen brothers gravely injured on the road way,” O’Dell said.

Baxter, a three-year-veteran of the Kissimmee Police Department, was pronounced dead. Howard died at the hospital.

Police arrested three people following the shooting, and are searching for a fourth person.

“At this time, we have a strong suspect in custody that we are interviewing,” O’Dell said.

Following the news of the shooting, President Donald Trump tweeted his condolences.

“My thoughts and prayers are with the @KissimmeePolice and their loved ones. We are with you!” the President said.

Florida Gov. Rick Scott described Baxter as a husband, a father and a hero.

Kissimmee is about 20 miles south of Orlando.

During the shooting, one officer was struck in both of his hands while the other was hit in his stomach, Bruno said. The suspect, who was also injured, died after he was taken to a local hospital, he added.

Their condition is unknown as of Saturday morning.