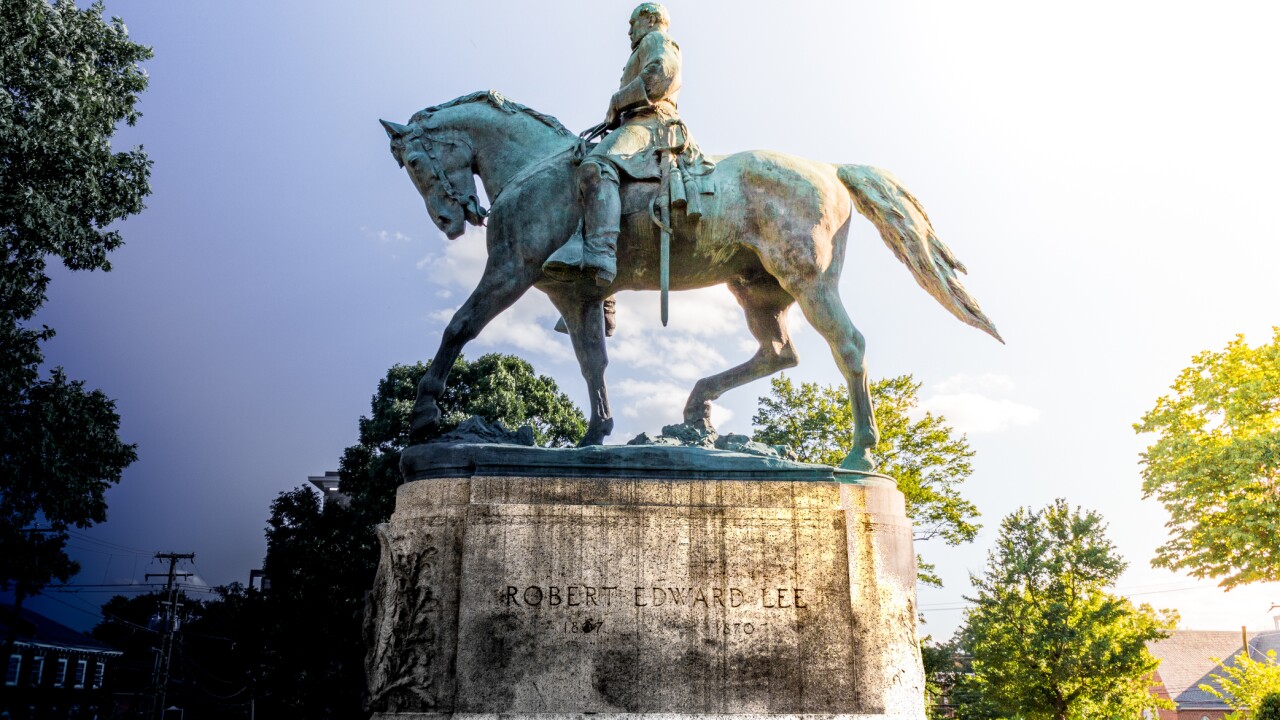 The great-great grandson of Gen. Robert E. Lee condemned last weekend’s violence in Charlottesville, Virginia and said it might be “appropriate” for Confederate statues to be exhibited in a museum.

“Eventually, someone is going to have to make a decision, and if that’s the local lawmaker, so be it. But we have to be able to have that conversation without all of the hatred and the violence. And if they choose to take those statues down, fine,” Robert E. Lee V, 54, of Washington DC, told CNN’s Polo Sandoval.

“Maybe it’s appropriate to have them in museums or to put them in some sort of historical context in that regard,” he added.

Gen. Robert E. Lee’s bronze statue in Charlottesville was at the center of violent clashes last weekend between white supremacists — who converged on a park once bearing Lee’s name to oppose a plan to remove the statue — and counterprotesters.

One counterprotester, Heather Heyer, 32, was killed and 19 others were injured when James Alex Fields Jr., 20, allegedly rammed his car into a group demonstrating against the “Unite the Right” rally. Fields is charged with second-degree murder, three counts of malicious wounding and failure to stop in an accident that resulted in death.

A memorial service was held on Wednesday for Heyer, a Charlottesville paralegal.

The Charlottesville City Council had earlier voted to rechristen two parks named for Confederate generals and remove Lee’s statue from the park once known as Lee Park. A few months ago, the park was renamed Emancipation Park. The statue’s removal is on hold pending litigation.

Lee, who works as an athletic director at a Virginia school, called Saturday’s incidents “senseless” and “sad” for his family.

“Those sorts of acts on Saturday, that’s just not to be tolerated,” he said. “We feel strongly that Gen. Lee would never ever stand for that sort of violence.”

“We just want people to know that the Lee family just really wants to send their best to the people in Charlottesville,” Lee added.

The 2015 massacre of nine black parishioners at Emanuel African Methodist Episcopal Church in Charleston, South Carolina by a self-described white supremacist, who prosecutors said posed for photos with the Confederate battle flag, sparked a debate over Confederate symbols.

A handful of Confederate statues have since come down — most notably four monuments in New Orleans, including one of Gen. Robert E. Lee. Saturday’s violence in Charlottesville has spurred more cities to begin the process of removing symbols of the Confederacy from public places.

In a statement, the Lee family said the life of the commander of the Army of Northern Virginia “was about duty, honor and country.”

“At the end of the Civil War, he implored the nation to come together to heal our wounds and to move forward to become a more unified nation,” the statement said. “He never would have tolerated the hateful words and violent actions of white supremacists, the KKK, or neo-Nazis.”

Lee told CNN that his family members are proud of their lineage, but they don’t let it define their lives.

“It’s a part of our life but it’s not going to be a major focus of our life,” he told CNN. “But in saying that, his shadow is a large one and one we’re proud of. But when it brings us to situations which occurred on Saturday, that gives us great pause.”