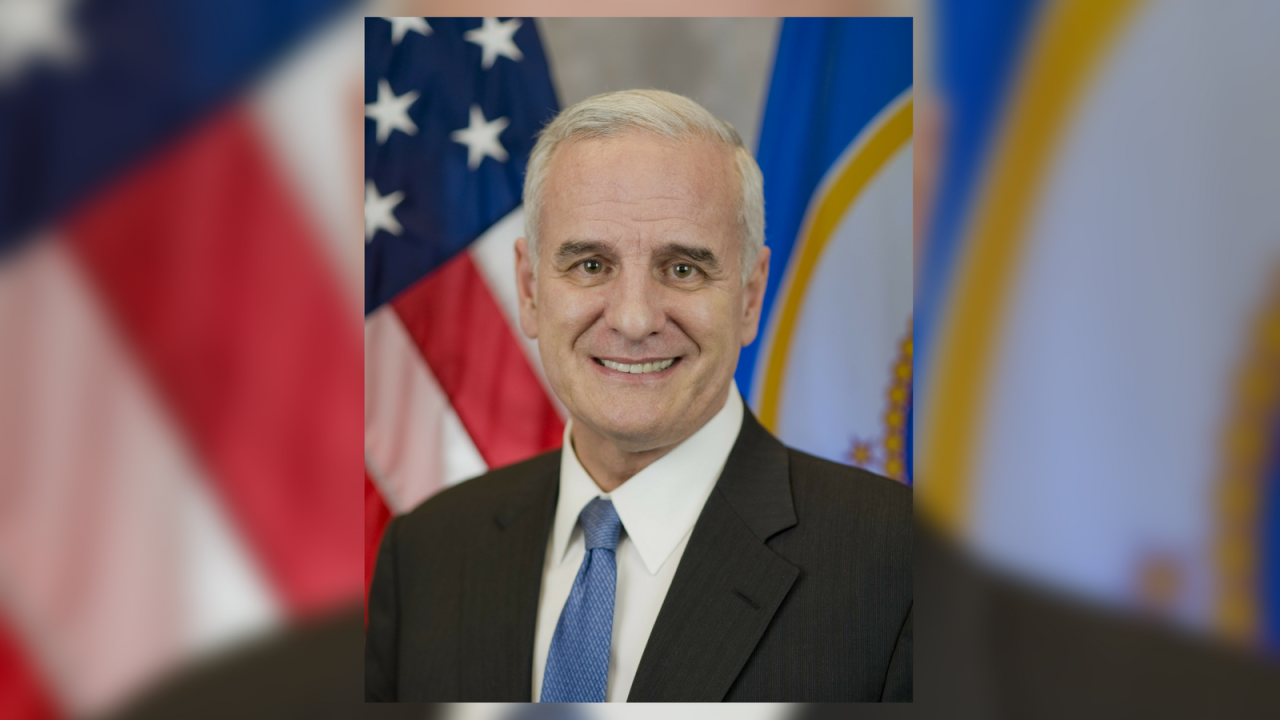 Minnesota’s governor declared that the explosion at a mosque outside Minneapolis over the weekend was “an act of terrorism.”

An improvised explosive device caused an explosion at the Dar Al-Farooq Islamic Center in Bloomington, the FBI said.

Gov. Mark Dayton denounced the act at a news conference on Sunday.

The Islamic center said on a GoFundMe page that the FBI says Saturday’s blast “was caused by ‘destructive device’ in a suspected hate crime.” The center is raising money for repairs to damage caused by the blast.

Officials believe someone may have thrown something into the window of the imam’s office.

“A criminal act of terrorism against the imam who, thank the good lord, was not present in his office, as it would appear that this person intended. And the destruction done to this sacred site is just unthinkable, unforgivable and I hope and pray that the perpetrator will be caught and prosecuted with full extent of the law,” Dayton said.

The US Department of Homeland Security said it “fully supports the rights of all to freely and safely worship the faith of their choosing and we vigorously condemn such attacks on any religious institution. We are thankful that there were no injuries, but that does not diminish the serious nature of this act.”

Several officials appeared at the press conference, including US Rep. Keith Ellison, the Democrat representing the 5th District, which includes Minneapolis and the surrounding suburbs.

Ellison said he hoped it were “some isolated thing, but we have seen an uptick in anti-Muslim hate crimes ”

“There is no better way to condemn the person who would throw a bomb into this mosque, this house of worship, than to react in a loving, kind and inclusive way,” he said.

The congressmen released a statement referring to those responsible as “terrorists.”

“If a bias motive is proven, this attack would represent another in a long list of hate incidents targeting Islamic institutions nationwide in recent months,” said Amir Malik, the Council on American-Islamic (CAIR) Relations civil rights director in Minnesota.

The Muslim American Society of Minnesota’s executive director said six groups are offering a reward of $24,000 for information leading to the arrest and conviction of the perpetrator.

“We are saddened at the unprovoked hate crime. We are thankful to our elected officials and law enforcement who have acted speedily to repudiate such a horrible hate crime. And we are hopeful about our neighbors and about the interfaith community that have come forward in a show of support,” said Imam Asad Zaman, executive director of the group.