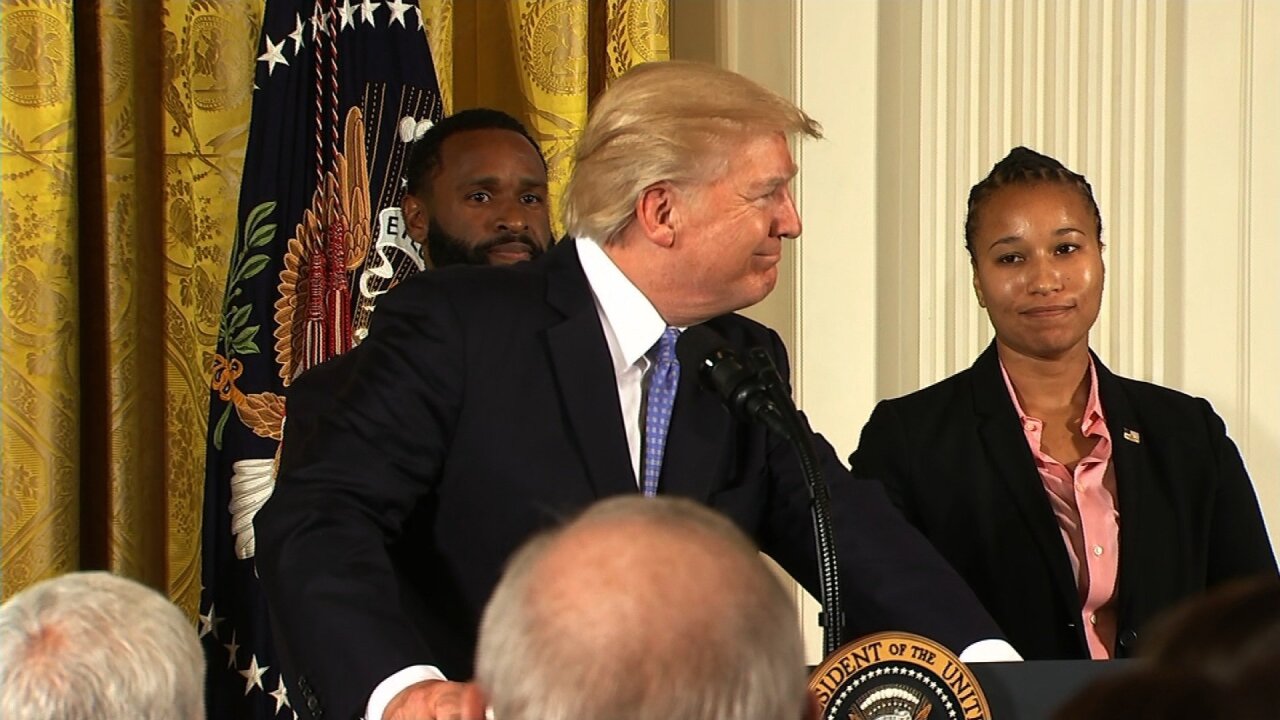 President Donald Trump signed a bill into law Friday that will allow Capitol Police officers who are injured in the line of duty to receive financial assistance for their medical expenses.

Under the new law, the US Capitol Police Memorial Fund will be able to provide money to wounded officers, including special agents David Bailey and Crystal Griner, who were injured responding to the attack on Republican lawmakers during their practice for congressional baseball game in June.

The fund previously only allowed donations to go to the families of officers killed on the job.

“Special Agents Bailey and Griner, and all of our law enforcement officers injured in the course of protecting our safety, deserve our steadfast support,” the White House said in a statement Friday.

Republican Rep. Joe Barton from Texas and Democratic Rep. Mike Doyle from Pennsylvania pushed the bill in the House. Barton and Doyle both manage their party’s baseball team.

Bailey and Griner were the first officers to respond when a shooter opened fire in June at an Alexandria, Virginia, baseball field. Griner was shot in in the ankle and Bailey was treated for a minor injury.