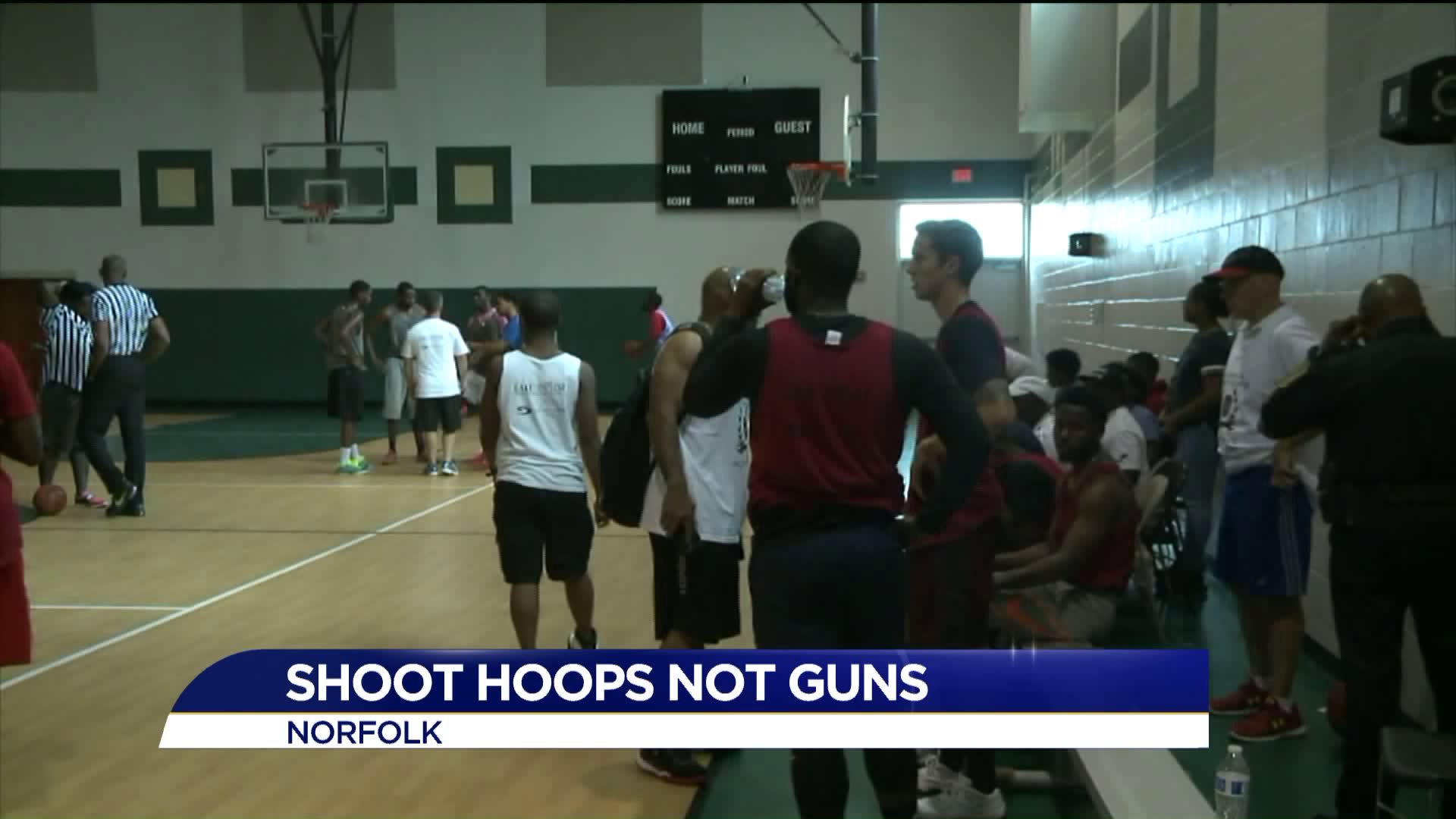 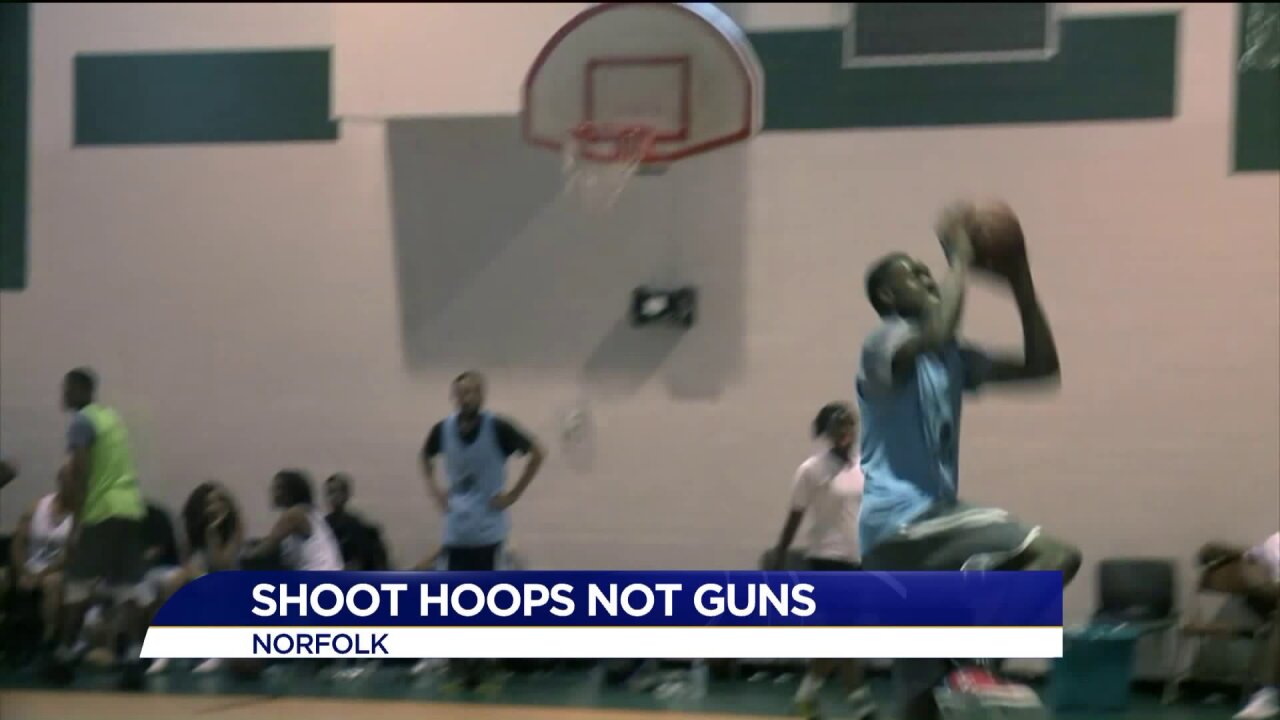 NORFOLK, Va. - It may have been the 4th Annual "Shoot Hoops Not Guns" Basketball Tournament at the Norview Community Center, but participant P.K Dawson took part in the event for the first time.

"A lot of the girls that I've played with in the past--it was cool to see them again and all come together for a good cause," Dawson said.

The Norfolk Department of Development focuses on the quality of life in the community.

"Shoot Hoops Not Guns" helped strengthen the neighborhood's engagement between the youth and police officers.

"We have to become closer in our community and we have to evolve together so we can grow together as a community," said marketing coordinator, Jessica Vincent.

Over 80 girls and boys were competing on the court starting at 9 a.m on Saturday.

They were split into 13 teams with Norfolk Police officers coaching each one.

"I think it's easy to think of them how we really see them in the media, what we pay attention to--like the big stories," added Dawson. "I guess I don't think about how local police officers are."

Although only the winning team gets a trophy, organizers of today's event and parents hope players on every team understands the message behind the event.

"Don't be scared to talk to police officers because they're there to help you," Vincent said.