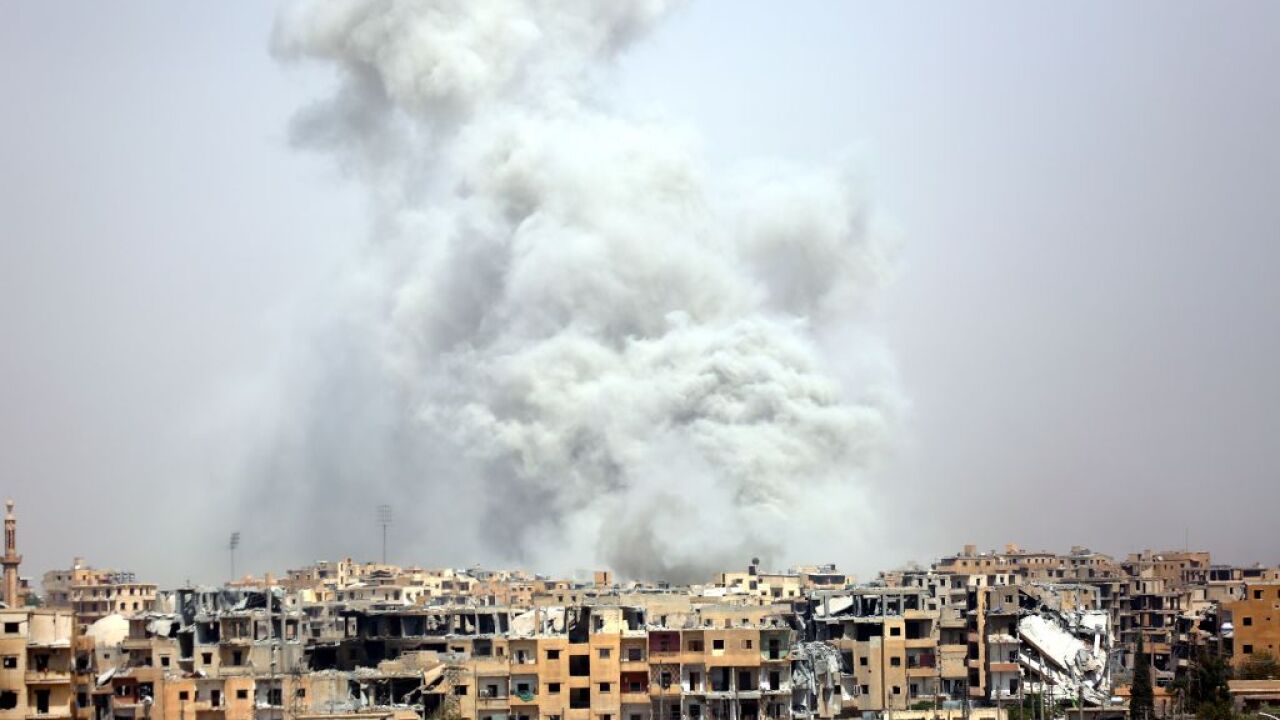 TOPSHOT – Smoke billows out from Raqa following a coalition air strike on July 28, 2017. The Syrian Democratic Forces, a US-backed Kurdish-Arab alliance, has ousted Islamic State (IS) group jihadists from half of their Syrian bastion Raqa, where the SDF have been fighting for several months to capture the northern city which has become infamous as the Syrian heart of IS’s so-called “caliphate.” / AFP PHOTO / DELIL SOULEIMAN (Photo credit should read DELIL SOULEIMAN/AFP/Getty Images)

Coalition strikes most likely have killed more than 600 civilians since the start of the US-led operation against ISIS in Syria and Iraq nearly three years ago, the US military said.

“It is more likely than not, at least 624 civilians have been unintentionally killed by Coalition strikes since the start of Operation Inherent Resolve,” the coalition said in a news release. Strikes include ground artillery and air attacks.

“Although the Coalition takes extraordinary efforts to strike military targets in a manner that minimizes the risk of civilian casualties, in some incidents casualties are unavoidable.”

The coalition evaluates reports from coalition partners and from Airwars.org, an independent monitoring group that estimates 4,724 civilian deaths — more than seven times the coalition’s estimate — have resulted from anti-ISIS coalition strikes.

The coalition figures are based on incidents between August 2014 and June 2017. In the latest monthly report, seven incidents out of 132 reported were deemed to be “credible.” Those resulted in 21 “unintentional” civilian deaths.

“The investigation assessed that although all feasible precautions were taken and the decision to strike complied with the law of armed conflict, unintended civilian casualties unfortunately occurred,” the coalition said.

The other five strikes were in May in Syria — three near Raqqa, one near Deir Ezzor, and one near Tabqa, the coalition reported. In one of the Raqqa incidents, a strike on ISIS fighters killed 10 civilians in a building “adjacent to the target.”

The coalition said it is still determining the credibility of 424 reports of civilian casualty incidents.