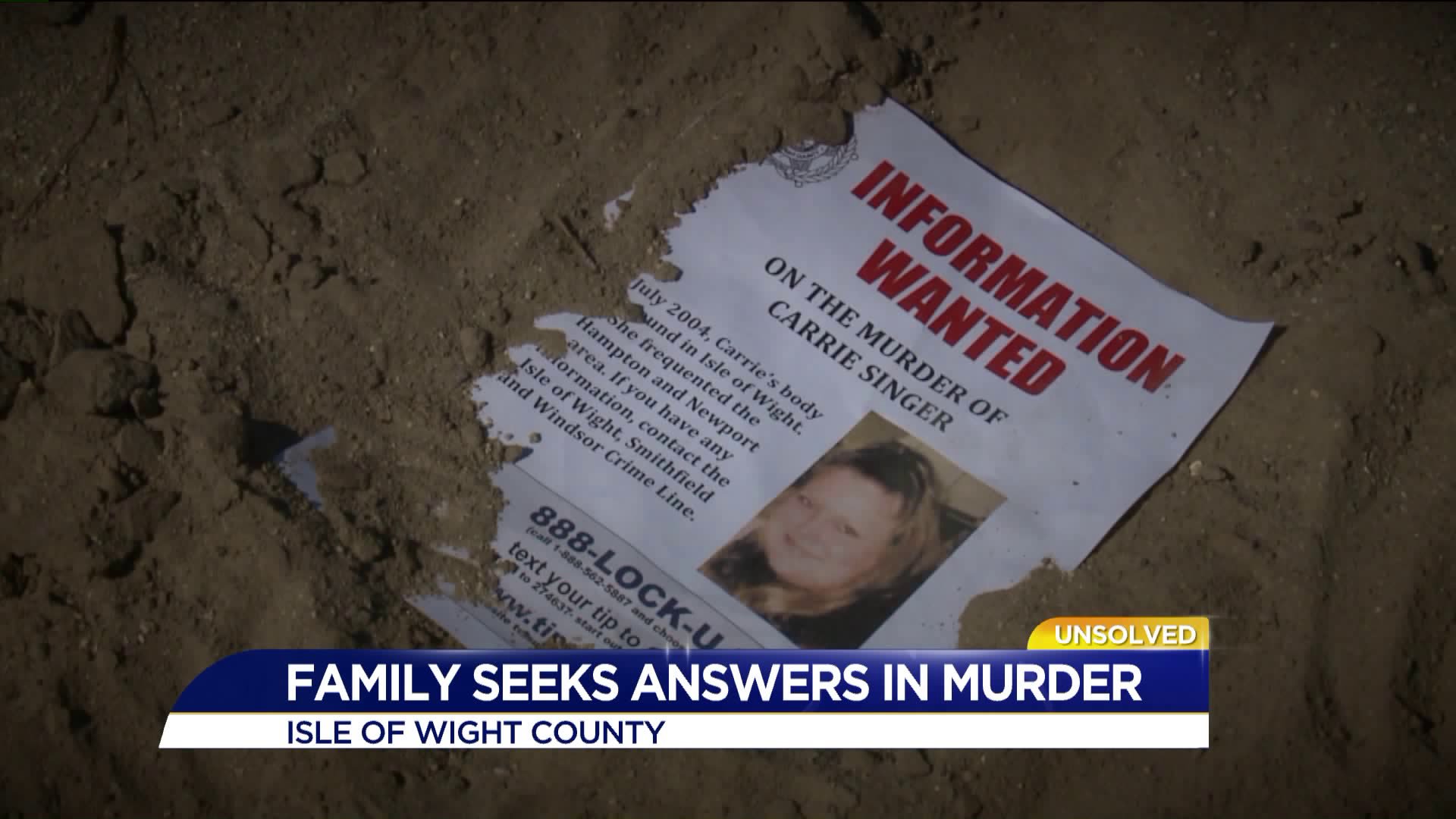 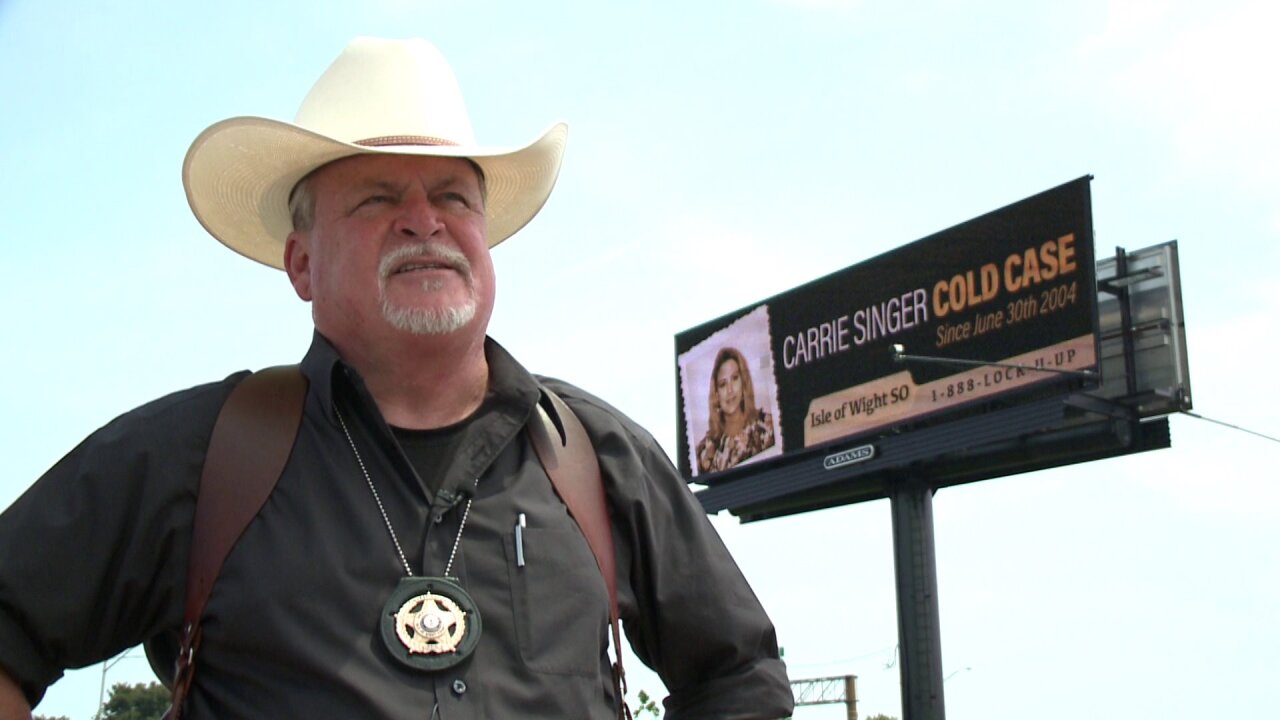 ISLE OF WIGHT, COUNTY - Investigator Randy Patrick was so close to retirement from the county's sheriff's office, his coworkers were planning his goodbye party.

Before he could turn over his badge, the sheriff asked him to stay on and try to solve the case of a brutally murdered woman.

It wasn't a tough call.

"It didn't take much thought for me to change my mind and say, 'Yeah I need to get this wrapped up before I retire,'" Patrick said. "It's just something I need to put to rest for the family."

Patrick was one of the original investigators in the murder of Carrie Singer. He responded to the scene the night of July 1, 2004, when a farmer discovered Singer's body in his field. "When I rolled up on scene, that's when I saw the gruesome sights that I saw that have haunted me since 2004," Patrick said.

Someone beat Singer to death and then dumped her body in the field. More than 13 years later, the case remains unsolved. "I've beat myself up with that over the years," Patrick said. "What did I do wrong? What could I have done differently?"

Investigators are taking a fresh look at the case, re-interviewing people and testing DNA.

News 3 first told you about the renewed push in April. Since then, investigators say they're making progress, but aren't saying exactly how. The new DNA testing will help them produce a sketch of what the killer looks like, according to Investigator Kris Coughlin.

Recently, Singer's family visited Virginia to meet with investigators. Carrie's mom, Patty Lord, said it's not easy visiting and then leaving. "The last time I was here it was upsetting when we left because we felt like we were losing something again," Lord said. "This is where Carrie made her home."

Billboard displays along I-64 on the Peninsula feature an image of Singer's case, asking for information. "This is a perfect example of any resource that we can use," Patrick said. "It's a great tool, a lot of visibility."

Lord hopes the answer comes soon. "I don't even know what it's going to feel like- happiness," she said. "Just a lot of emotions all at once." The answer won't bring back Carrie, though. "It won't change the way that we've felt for all these years, how it's changed us, and how we are still grieving."

It's that sadness that will keep Patrick on the job for as long as it takes. "I want this desperately," he said. "I want this solved."

Investigators ask anyone with information to call the Crime Line at 1-888-LOCK-U-UP.