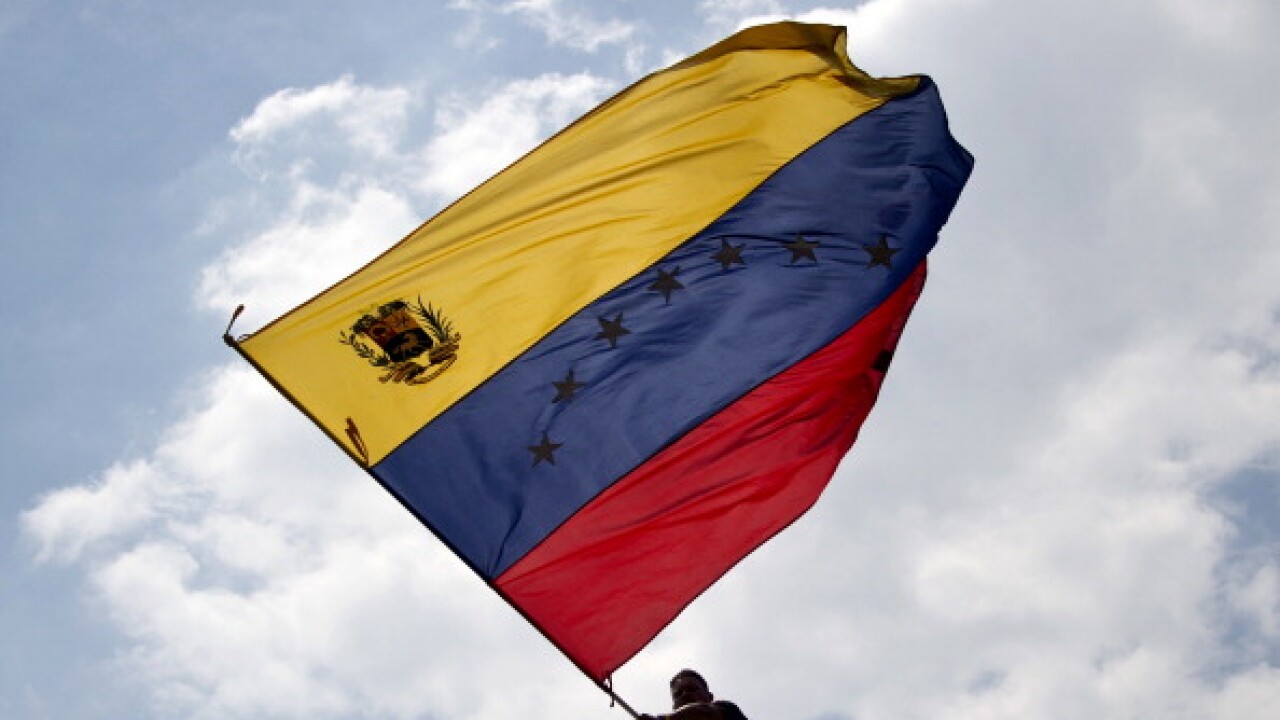 A man waves a Venezuelan flag during a protest against the government of President Nicolas Maduro in San Cristobal, capital of the western border state of Tachira, Venezuela, on February 22, 2014. Most of the stores were closed for fear of unrest in San Cristobal. The death toll from escalating anti-government protests in Venezuela jumped to eight on Friday, as President Nicolas Maduro’s leftist administration threatened to cut off fuel to areas “under fascist siege.” AFP PHOTO / LUIS ROBAYO (Photo credit should read LUIS ROBAYO/AFP/Getty Images)

Turnout figures for an election to a controversial new legislative body in Venezuela were manipulated, the company that provided the voting technology has claimed.

Antonio Mugica, chief executive of Smartmatic, said there was a discrepancy of at least a million votes between the officially declared tally in Sunday’s election to the Constituent Assembly and the one his company recorded. A full audit would be needed to confirm the exact numbers, he said.

Venezuela’s opposition boycotted the election, calling it fraudulent. It says the new Constituent Assembly — which has the power to dissolve the opposition-controlled National Assembly and to rewrite Venezuela’s constitution — will erode democracy.

President Nicolás Maduro declared a sweeping victory in Sunday’s vote. Virtually all of the new body’s members are supporters of the leftist leader.

Speaking at a news conference in London, Mugica cast doubt on the turnout figures quoted by Venezuelan authorities.

“We estimate the difference between the actual participation and the one announced by authorities is at least one million votes,” he said. “It is important to point out that this would not have occurred if the auditors of all political parties had been present at the different stages of the election.”

Mugica said his company had stood by all previous results, regardless of who won. “Based on the robustness of our system, we know, without any doubt, that the turnout of the recent election for a National Constituent Assembly was manipulated,” he said.

In the wake of the result, two opposition leaders — Leopoldo Lopez and Antonio Ledezma — were detained, sparking condemnation from the United States and international organizations.

CNN has asked the Venezuelan Election Commission to comment on Mugica’s claims.

Venezuela has used the London-based Smartmatic voting systems in elections since 2004, according to Smartmatic.

Maduro argued that the Constituent Assembly would help bring peace to a polarized country, with all branches of the government falling under the political movement founded by his late mentor and predecessor, Hugo Chavez.

But critics have called the vote a sham. Some nations have slapped new sanctions on Venezuela or some of its citizens.

On July 16, more than 7 million Venezuelans cast ballots in an unofficial vote against Maduro’s Constituent Assembly. Maduro ignored the results of the vote.

Sunday’s vote came after months of sometimes deadly anti-regime protests and an economic crisis that has led many to leave in search of easier access to food and medicine.