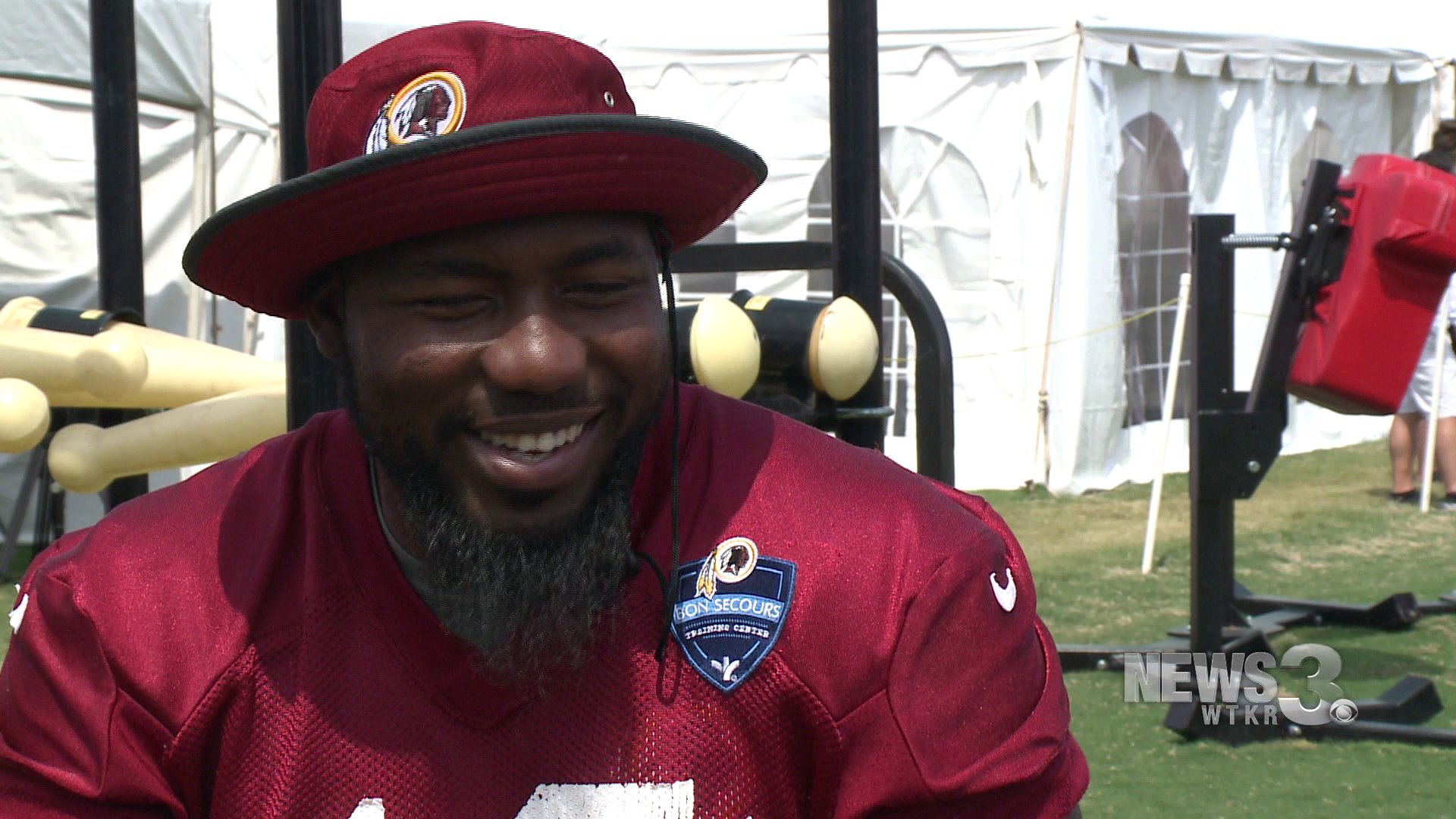 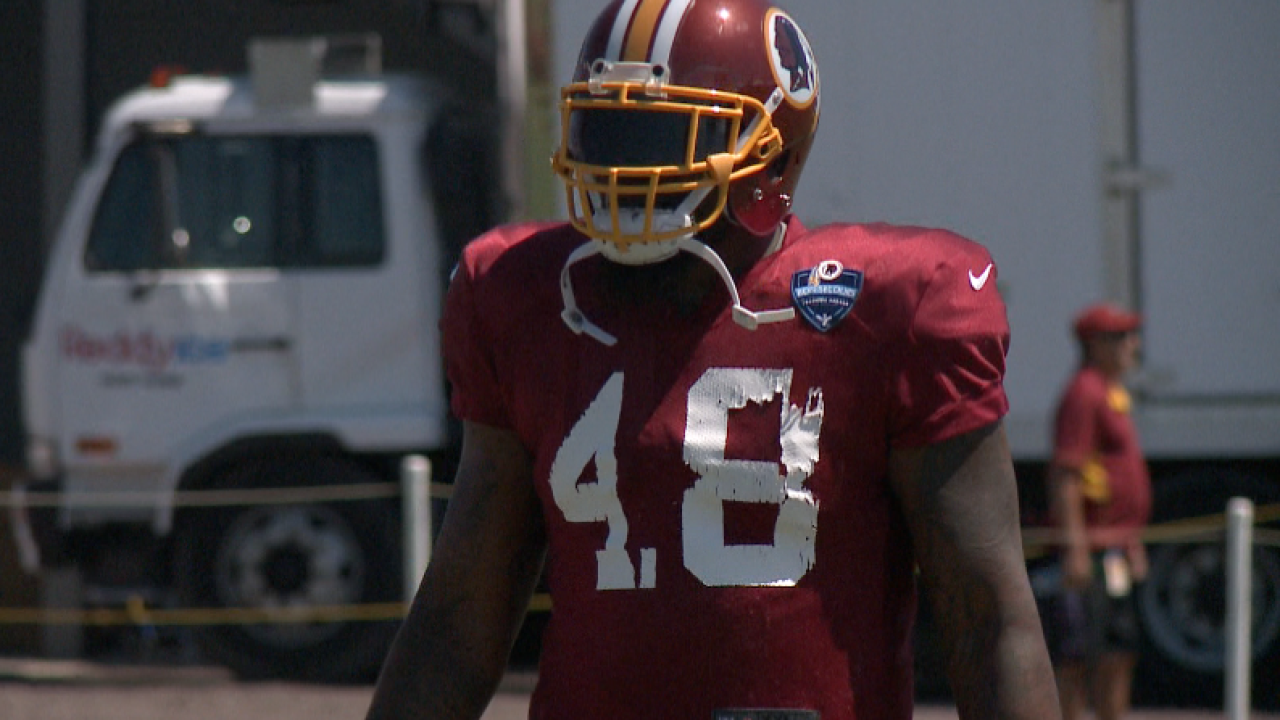 RICHMOND, Va. - Redskins linebacker Lynden Trail has played in only two career games for the burgundy and gold (weeks 15 and 16 of the 2016 season). But his short stat sheet doesn't mean he doesn't have fan support.

Via an Instagram video July 2nd, Trail and his girlfriend Michelle revealed the couple was having a baby boy in December. The video has been viewed more than 7,500 times and has nearly 200 comments.

The response and inquires about providing support led Trail, a Norfolk State alumnus who calls Hampton Roads home, to post the baby's registry link on his Instagram page. Trail says the majority of the purchases on the registry have been made by Redskins fans.

"I know for a fact it's mostly Redskins fans," Trail told News 3. "You can leave your name [when you purchase a gift], and the majority of them are leaving HTTR (Hail to the Redskins)."

Trail says he plans to name his son Lynden Trail, Junior. His due date is December 13th.

Another inspired caption by @_willcompton! "So they told me we were going to Disneyland so I walked outside and didn't see any roller coasters or nothing associated with Disneyland so they told me to rip this bag open cause it had candy in it and I was super excited! But there were only blue balloons in there I guess having a boy ain't that bad 😌! 🙏🏾🙏🏾🙌🏾🙌🏾🙌🏾Thank you lord! There was women in my past who told me my first child would be a girl and a dude would break her heart in the future 😂😂😂STFU 🗣🗣🗣Out here praying on my downfall 🤡🤡🤡"-TRAIL✊🏾7️⃣ #TEAMBOY ❤️🚼🚼🚼#FUTURENUPE 👌🏾👌🏾👌🏾♦️♦️♦️