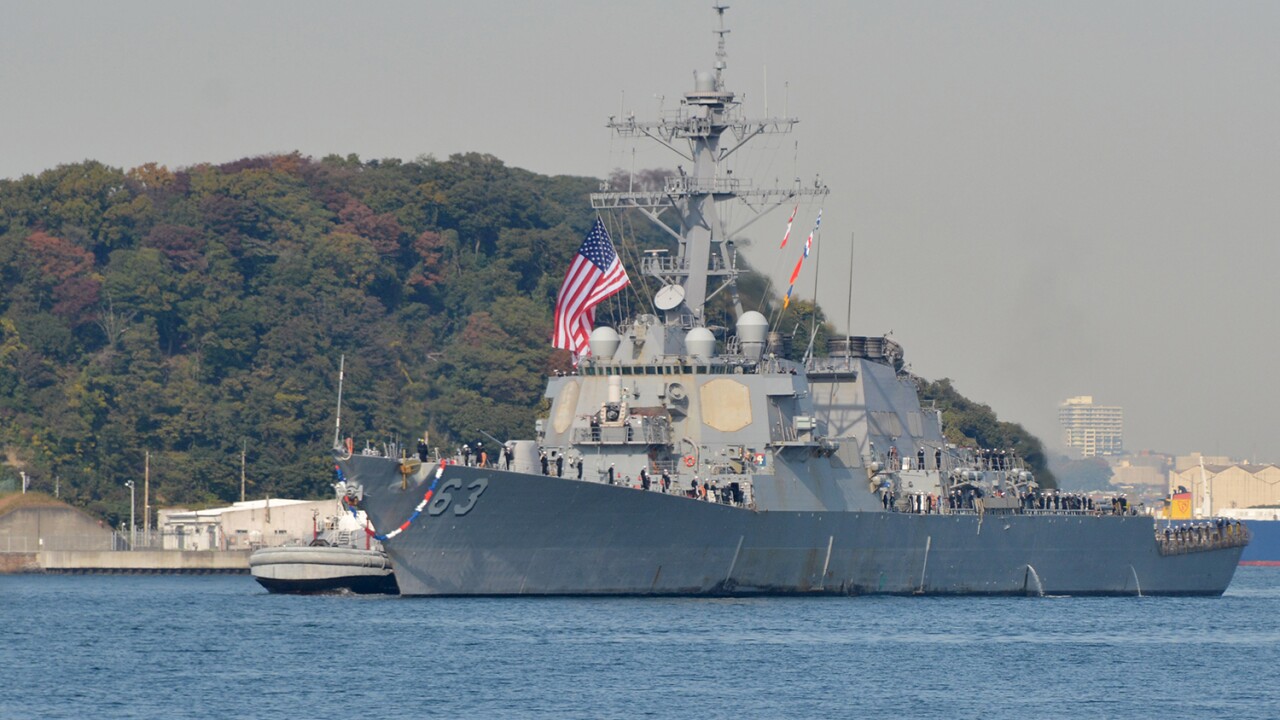 SOUTH CHINA SEA – The search for a U.S. Navy Sailor reported missing Tuesday from the USS Stethem has been suspended, according to the U.S. Navy.

“Our thoughts and prayers are with our lost shipmate, their family and the officers and crew of USS Stethem,” said Rear Adm. Charles Williams, commander, Task Force 70. “I appreciate greatly the dedication and professionalism shown by all who participated in the search efforts.”

The Sailor, who is not being identified at this time, was reported missing while the ship was conducting routine operations in the South China Sea.

The USS Stethem reported a man overboard at approximately 9 a.m., according to a U.S. 7th Fleet press release. Multiple searches were conducted inside the ship but the Sailor was not located.

“After an extensive search, with help from the JMSDF and PLA(N), we were unable to locate our Sailor,” said Capt. Jeffrey Bennett, commander, Destroyer Squadron 15. “I offer my deepest condolences to the Sailor’s family, friends and the Stethem Steelworkers.”