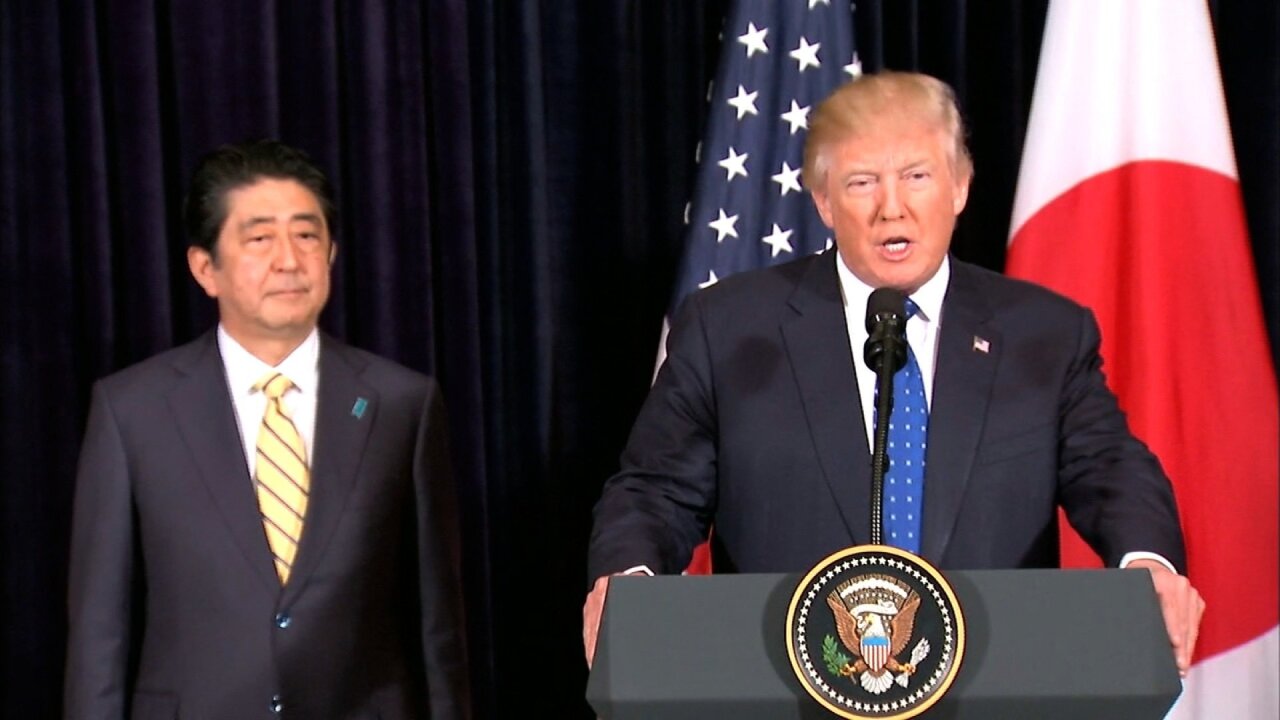 “I just want everybody to understand and fully know that the United States of America stands behind Japan, its great ally, 100%,” US President Donald Trump said Saturday in response to reports of a North Korean missile test.

The Trump administration’s ban on US citizens traveling to North Korea will take effect early next month, and include exemptions for journalists and humanitarian workers.

The proposed policy posted to the Federal Register on Wednesday, a State Department official tells CNN, and takes effect on September 1.

The administration will continue to permit four categories of travelers to visit North Korea after the policy takes effect, by applying for a special validation to their passport. Those categories are journalists, Red Cross officials, applicants whose travel is “justified by compelling humanitarian considerations,” and individuals whose visit is “otherwise in the national interest.”

In a travel alert released Wednesday, the State Department urged all Americans currently in North Korea to leave the country before the policy takes effect next month.

The State Department announced the travel ban last month amid mounting concern over the safety of US citizens visiting the secretive and geopolitically isolated country.

In June, US college student Otto Warmbier died following a prolonged detention in the country, provoking international outrage and calls for action in congress. Warmbier had traveled to North Korea through a commercial tour company and was arrested for allegedly stealing a poster from his hotel.

Three other Americans are currently in North Korean captivity.

“Once in effect, US passports will be invalid for travel to, through and in North Korea, and individuals will be required to obtain a passport with a special validation in order to travel to or within North Korea,” State Department Spokeswoman Heather Nauert said in a statement last month announcing the policy. “Individuals seeking to travel to North Korea for certain limited humanitarian or other purposes may apply to the Department of State for a special validation passport.”