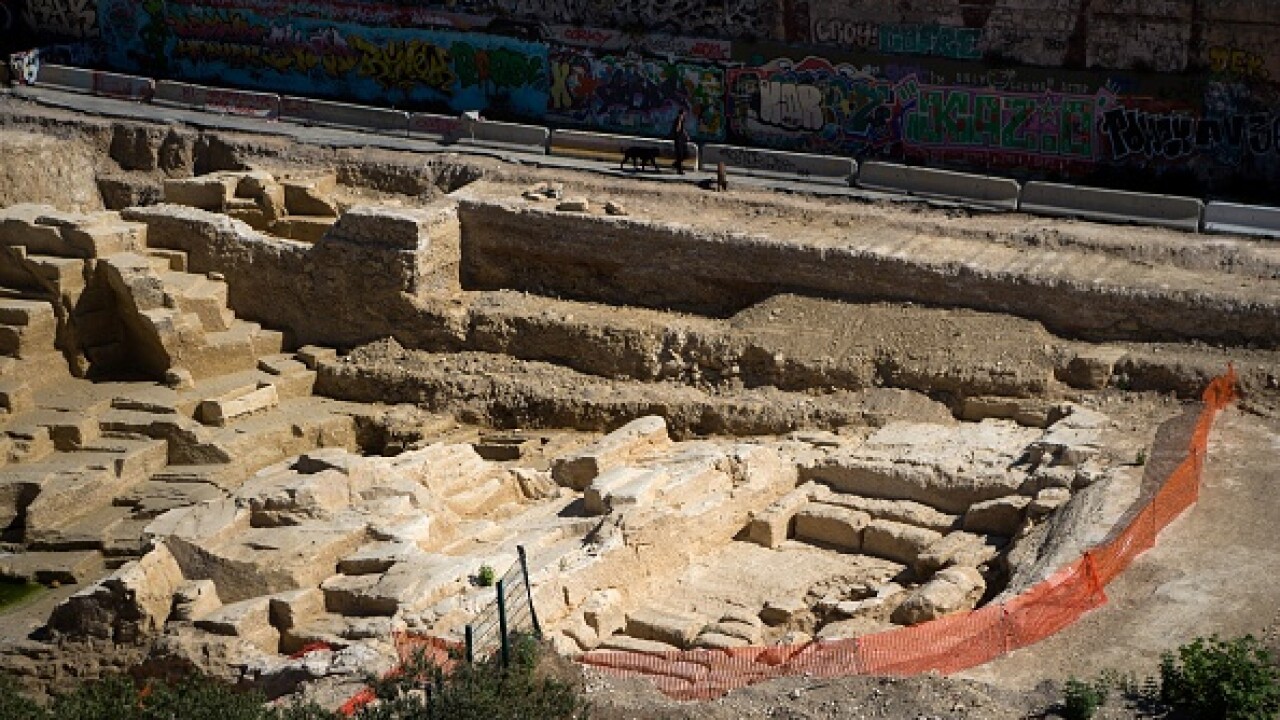 A picture taken on July 28, 2017 in Marseille, southern France, shows the area of a Ancient Greek quarry set to be classified as a historical monument after the mobilization of local residents. / AFP PHOTO / BERTRAND LANGLOIS (Photo credit should read BERTRAND LANGLOIS/AFP/Getty Images)

Archaeologists have unearthed a well-preserved ancient Roman neighborhood complete with mosaics and furniture on the outskirts of a city in southeastern France.

The team made the find while excavating an almost 7,000-square-meter site on the banks of the Rhone River in Vienne, where three new buildings were planned.

“This is an incredible discovery because it’s the biggest excavation of a Roman site in almost 50 years,” Benjamin Clement, the scientific manager of the operation, told CNN.

“We knew that the zone was rich but we were not expecting that,” Clement added. “It’s so well-preserved.”

Parts of the town could date back to the first century. The excellent condition of the remains is particularly surprising because the team believes that two separate fires assailed the town in the second and third centuries AD.

Preventive excavations began in April, as the team worked to prepare the site for the new buildings.

France has classed the site as an “exceptional discovery,” allowing the archaeologists, who were due to finish the excavation in September, to continue until December.

“Our job now is to collect the mosaics, take photographs and archives of the soil,” Clément said. “We have two-and-a-half years to keep and restore [the artifacts]. Then, we will have to return them to the state.”

The public will have a chance to view the archaeologists’ findings, with exhibitions planned for 2019 and 2020 at the museum of Saint-Romain-en-Gal.