Can the Trump administration really block affirmative action in schools? 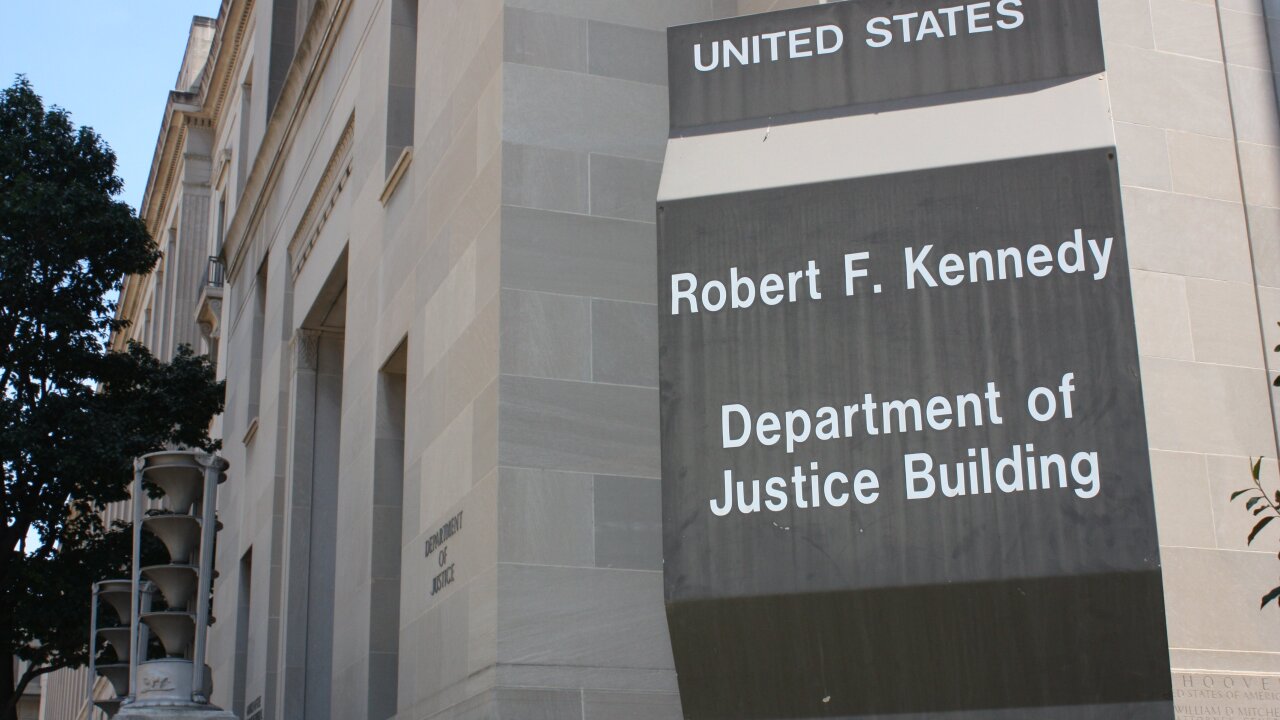 The New York Times reports the Justice Department’s civil rights division is seeking lawyers to investigate and litigate “race-based discrimination” in US higher education. Seen here is an exterior shot of the U.S. Department of Justice. (File Photo)

The Trump administration appears to be preparing to challenge race-conscious admission policies in US higher education, specifically ones that favor minorities over white students.

But hasn’t this issue already been settled?

Last year, the US Supreme Court ruled that race can be one among many factors universities use in making admission decisions.

And eight states already ban the use of race in admissions policies altogether, according to the National Conference of State Legislatures: Arizona, California, Florida, Michigan, New Hampshire, Nebraska, Oklahoma and Washington.

So could the administration’s latest initiative, to be carried out by the Justice Department, reverse or weaken schools’ affirmative action polices? Let’s break it down.

What is affirmative action?

The goal of affirmative action in US colleges and universities is to eliminate discrimination in the admissions process by recruiting and providing incentives for groups, like minority students and women, who have been historically excluded from leadership positions in American society.

Supporters say it levels the playing field, promotes a healthy multicultural society and helps compensate for centuries of racial, social and economic oppression.

Detractors argue it’s a form of reverse discrimination that favors one group over another based on racial or gender preferences instead of academic achievement.

What’s the aim of the Justice Department initiative?

The details are nebulous. The New York Times reports the Justice Department’s civil rights division is seeking lawyers to investigate and litigate “race-based discrimination” in US higher education.

The lawyers would work on “investigations and possible litigation related to intentional race-based discrimination in college and university admissions,” according to an internal document obtained by the Times. CNN has not independently seen the new directive.

The Times suggests the phrase “intentional race-based discrimination” could mean the initiative will take aim at affirmative action admission policies, specifically ones that prioritize minority students over white students.

The memo said the effort would be headed by political appointees in DOJ’s civil rights division, the Times reported.

But the Department of Justice is pushing back on the Times’ report, calling it “inaccurate.”

The DOJ is seeking volunteers to investigate one administrative complaint filed by a coalition of 64 Asian-American associations in 2015 alleging racial discrimination against Asian Americans in a university’s admissions policy and practices, said Department of Justice spokeswoman Sarah Isgur Flores. The Obama administration had left the complaint unresolved, she said.

How does this square with last year’s Supreme Court decision?

The plan “does, at first blush, seem difficult to square with the Supreme Court’s re-endorsement of at least some race-based affirmative action policies,” according to Steve Vladeck, a CNN contributor and professor at the University of Texas School of Law.

But the issue is far more complex.

The Justice Department could be looking to pursue a less permissive interpretation of federal statutes and regulations related to race-based discrimination in higher ed, Vladeck said.

Anurima Bhargava, former head of the Educational Opportunities Section at the Justice Department’s civil rights division from 2010 to 2016, said the move was a “scare tactic” aimed at intimidating colleges and universities.

“My big message is, this is the law of the land and the law has not changed,” she said. “This seems to be an effort to try and scare people.”

Vanita Gupta, president and CEO of The Leadership Conference on Civil and Human Rights, said the directive proves the Justice Department is changing course on key civil rights issues.

The initiative “is an affront to our values as a country and the very mission of the (DOJ’s) civil rights division,” Gupta said. “Longstanding Supreme Court precedent has upheld the constitutionality and compelling state interest of these policies, and generations of Americans have benefited from richer, more inclusive institutions of higher education.”

What exactly did the Supreme Court rule?

The decision upheld the race-conscious admissions program at the University of Texas as constitutional.

The case began in 2008 after lead plaintiff Abigail Fisher, a white woman from Texas, was denied admission to the school. Her lawsuit claimed the school had discriminated against her based on her race in violation of the equal protection clause. In Texas, high school seniors who graduate at the top 10% of their class are automatically admitted to the public university of their choice. On top of that program, UT also considers race and other factors for admission.

Fisher did not qualify for the top-10% program, nor was she entitled to racial preferences. Her lawyers argued that since UT already had a race-neutral plan in place, the school shouldn’t have layered on another program that takes race into consideration.

Fisher did not ask the court to prohibit race-conscious programs altogether, but focused only on the Texas plan.

University lawyers argued that the top-10% program alone wasn’t enough to achieve racial diversity at the school. They argued that their admissions program looked at each applicant as a whole person and considered race as only one factor among many in evaluating a student.

So who is welcoming the initiative?

Rudy Gersten, executive director of the Center for Equal Opportunity, a conservative think tank, hailed the move as long overdue.

“The administration will be taking a hard look at schools that insist on weighing skin color and national origin in deciding who gets admitted,” he said.

Gersten said evidence suggests some schools use racial preferences sloppily without regard to the law.

“By using race and ethnicity rather than actual social and economic disadvantage, racial preferences harm many low-income Asians as well as whites,” he said in a statement.

“But it also places many black and Hispanic beneficiaries at a disadvantage, too. Students admitted with lower test scores and GPAs often struggle at institutions where their preparation isn’t sufficient, resulting in higher drop-out rates, lower college GPAs, and failure to graduate in a timely manner, increasing their debt. These same students might well have succeeded at schools where their grades and test scores were the same as those admitted without regard to race or ethnicity.”

Any reinterpretation of statutes on race-based discrimination in higher education “will surely provoke litigation all its own” and bring back uncertainty to a legal question the Supreme Court appeared to have settled long ago, said Vladeck, the Texas professor, via email.

But what action the Justice Department takes moving forward — and its effects — remain to be seen.

“Whether the administration is in a position to … issue new regulations that prevent universities from doing what the Supreme Court has ruled that the Constitution permits is the big question that this new policy will surely raise,” Vladeck said.