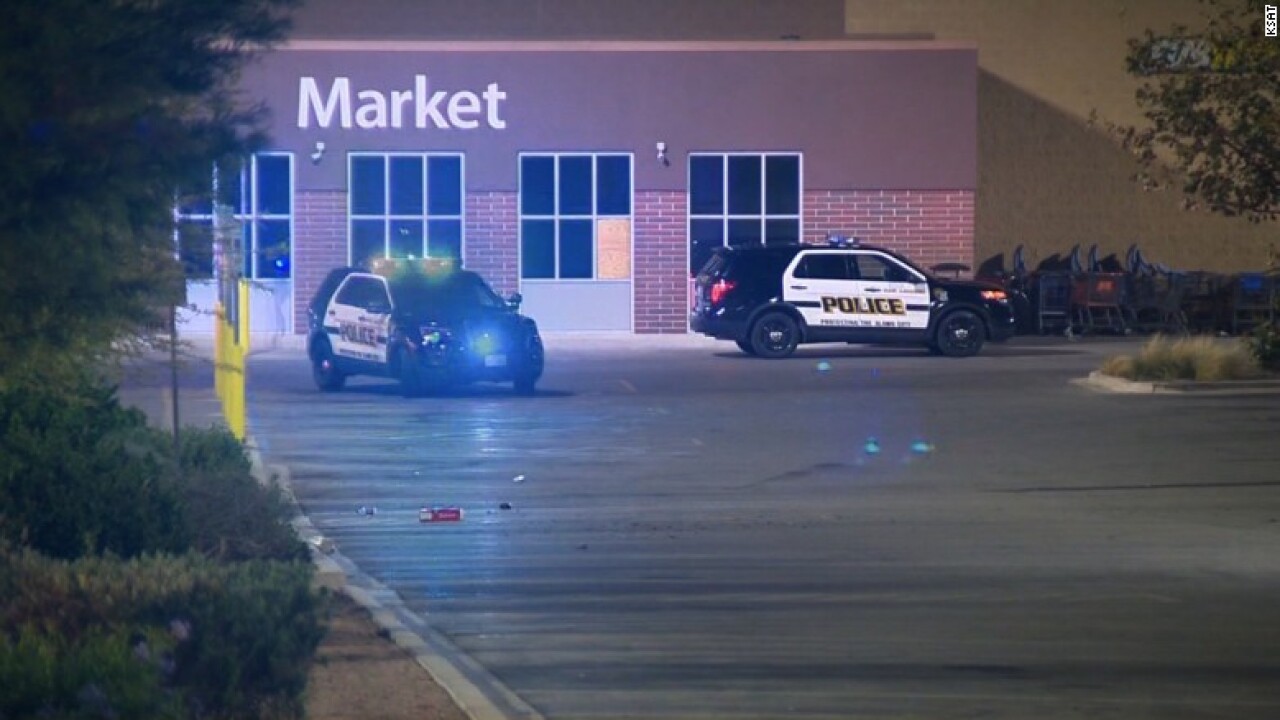 A phone call from a Walmart employee led to the discovery of eight bodies and 30 people severely injured in the back of a tractor-trailer in Texas early Sunday, authorities said.

The employee told authorities the trailer was parked at a Walmart lot in San Antonio. A man who was in it asked the employee for water.

The employee brought water for the man, then called police and asked them to conduct a welfare check, McManus said.

That’s when authorities made the gruesome discovery: eight bodies and 30 suffering from various injuries, fire department spokesman Joe Arrington said. He said 17 of those are critical condition, and 13 are in serious condition.

“We quickly called a ‘mass casualty incident’ and had about 29 units arrive out there and start transporting people,” San Antonio Fire Chief Charles Hood said.

“With heat strokes or heat injuries, a lot of them are going to have some irreversible brain damage.”

The air conditioner in the trailer was not working, officials said. And the high temperature in San Antonio on Saturday was a sweltering 100 degrees Fahrenheit (38 degrees Celsius).

“Unfortunately, some of them were severely overheated, and that was a refrigerated truck with no refrigeration,” Hood said. “So the inside of the truck was just austere condition that nobody was going to survive in it. So we were very fortunate that they were found because if they would have spent another night in that environment, we would have 38 people who would not have survived.”

Two of the 30 people hospitalized are 15 years old, the fire spokesman said.

Authorities don’t know where the trailer is from or how long it was parked at Walmart, but they are reviewing surveillance video.

Police are also searching the area with helicopters after some people ran into the woods.

The driver was arrested, but police did not provide any information on him.

“The driver and whoever else we find is involved in this will be facing state and federal charges,” McManus said.

“Fortunately, we came across this one and fortunately there are people who survived but this happens all the time,” he said. ” You can see that it happens late at night under darkness because they don’t want to be discovered.”

Once the victims undergo treatment, the case will be turned over to US Immigration and Customs Enforcement, the police chief said.

ICE Acting Director Thomas Homan deplored the discovery as the latest major case of human smuggling in the US.

“By any standard, the horrific crime uncovered last night ranks as a stark reminder of why human smuggling networks must be pursued, caught and punished,” Homan said in a statement.

During that same year, he said, HSI made 2,734 criminal arrests and 3,007 administrative arrests related to human smuggling operations.