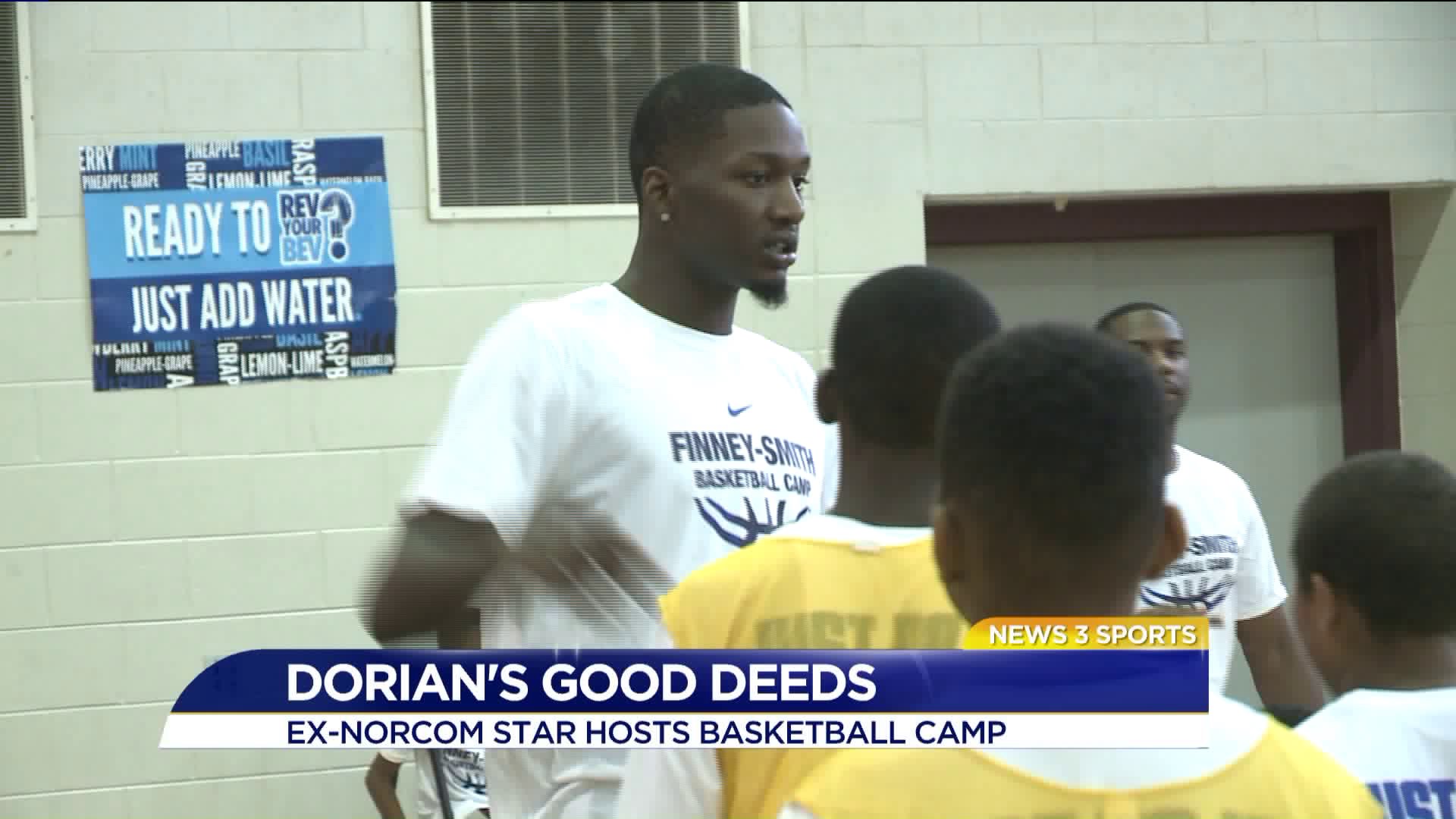 PORTSMOUTH, VA. - Dorian Finney-Smith was a fan favorite during his time at I.C. Norcom. The love for the lanky forward's game transferred from Portsmouth to Gainesville when he became a Florida Gator, and then to Dallas, where Finney-Smith just finished his rookie season in the NBA.

Dorian's first basketball camp had an excess of 100 campers.

The Mavericks forward was back in his hometown to host his first youth basketball camp. Campers were able to learn from one of the Greyhounds most prolific players on Saturday.

Finney-Smith said his inspiration for putting on a camp for the youth came from not having a similar camp to attend as a child himself. "I didn't really have a camp to go to around the city," said Finney-Smith. "That's the reason for this camp. To show them, that anything's possible."

In his first season with the Mavericks, Doe-Doe appeared in 81 games, averaging four points in 20 minutes a night. Dallas didn't bring Finney-Smith in to be a prolific scorer, it was his defense that enamored so many since his days at Norcom.

Finney-Smith was a two-time Virginia Player of the Year.

"I like to play defense, and sometimes I put myself in a box, and don't do anything else," said Finney-Smith, but now he's trying to "affect the game all over."

His brother Ben, a former Old Dominion guard helped out, as well as his younger sister Monnazjea, who's currently playing at Hampton.

Finney-Smith told News 3 Sports that his vision is to build this camp and also bring back other local NBA players to help facilitate.

"Next year, hopefully I can get those guys here, but for now I can't ask for too much more."