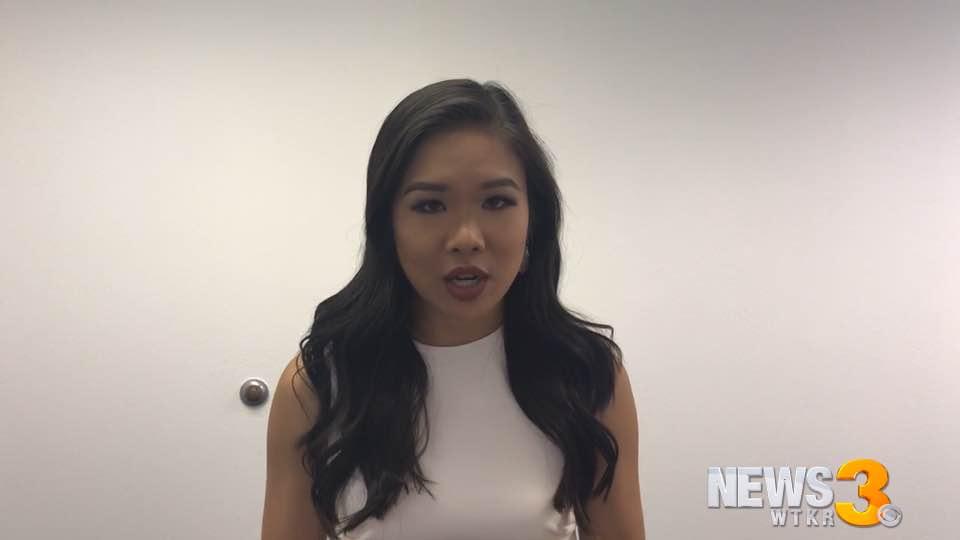 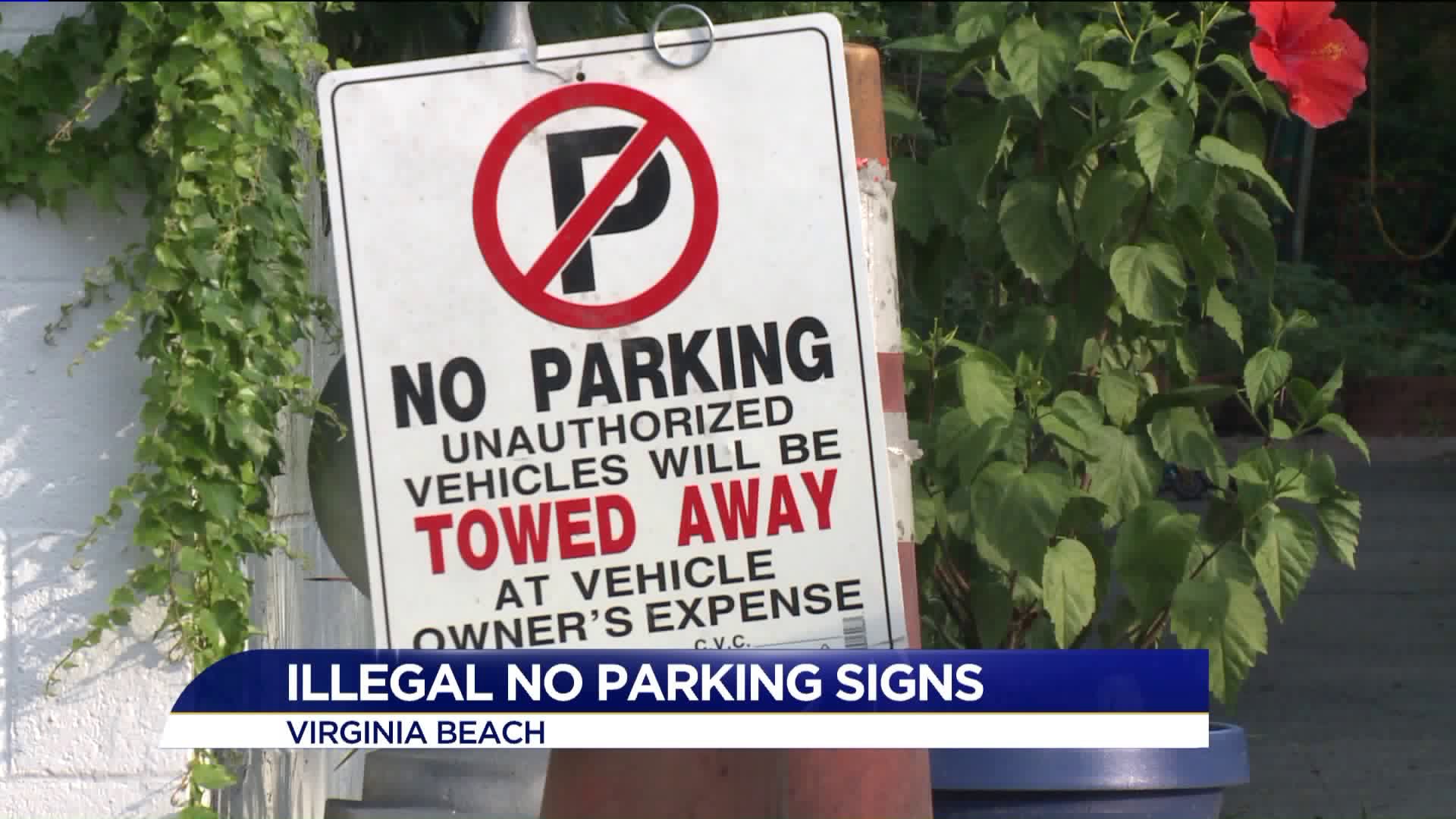 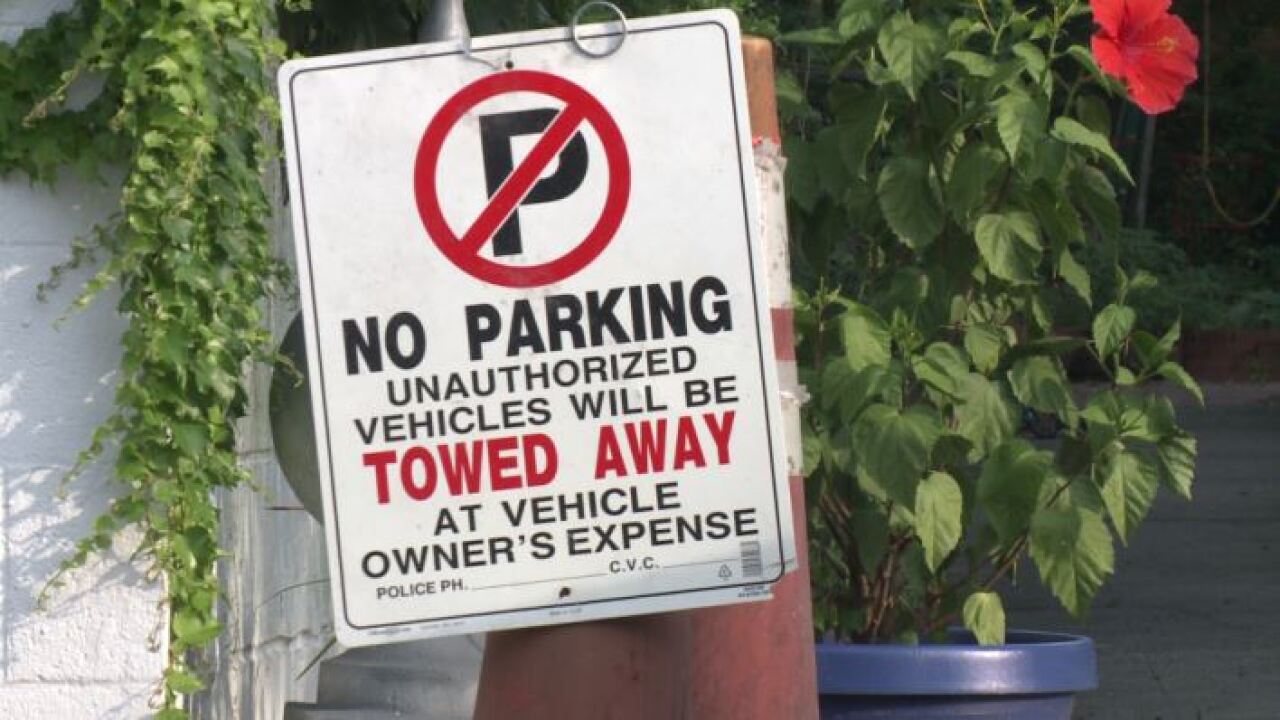 VIRGINIA BEACH, Va. - Finding parking at the beach is a challenge, but some homeowners are making it harder for beach goers. Many folks are familiar with driving around, u-turning, hunting for the elusive free parking spot at the beach.

"There is a lot of public parking at the north end and it's our [North Virginia Beach Civic League] intention to keep it that way because we're not interested in excluding the public," said Martin Waranch, who is a board member and in handles streets, utilities and public safety.

Waranch said illegal "no parking signs" are a problem in the neighborhood.

"They want to protect the piece of land in front of their house. It's not legal and it's not enforceable. You can come park there and tell them to take a hike and that's what I'd like to see more people do," said Waranch.

The City of Virginia Beach said it's a constant battle every year. Signs issued by the city will have a white seal on the back. City signs are posted on utility or gray metal poles. Plus, city signs are made of gray sheeting with reflective paint, said Mike Shahsiah, who works in traffic operations.

"It doesn't matter what you want or how many signs you can afford to put out or how nicely you've done your lawns or shrubs to keep people from parking there because people generally are nice they don't want to park on the grass. Fact of the matter is, it's legal to do it," said Waranch.

Another issue preventing people from parking where they legally can is landscaping. Waranch said there's a city right of way extending behind the paved area of most city streets. That area is public property, but some folks landscape grass, plants, shrubs there. Beach goers will think it's private property when in most cases it's not. Plus, he added some folks will park one side of their car on the grass with the other on the street.

“That’s really not required and what's worse and it’s a concern is when they do that on the street, it narrows the amount of roadway and an emergency vehicle like a fire truck can't get through," said Waranch.

Not all the signs are bad though. Cindi Stone and her husband have a sign welcoming parking.

"This spot is shady so it's pretty nice when it's hot out. And some young people who used the spot, left a note saying thanks for letting us know we can park here," said Stone, who added her husband kept the note and it's on their fridge.

The city issues citations for illegal signs. Homeowners have 7 days to remove it or they'll be issued a citation by police.