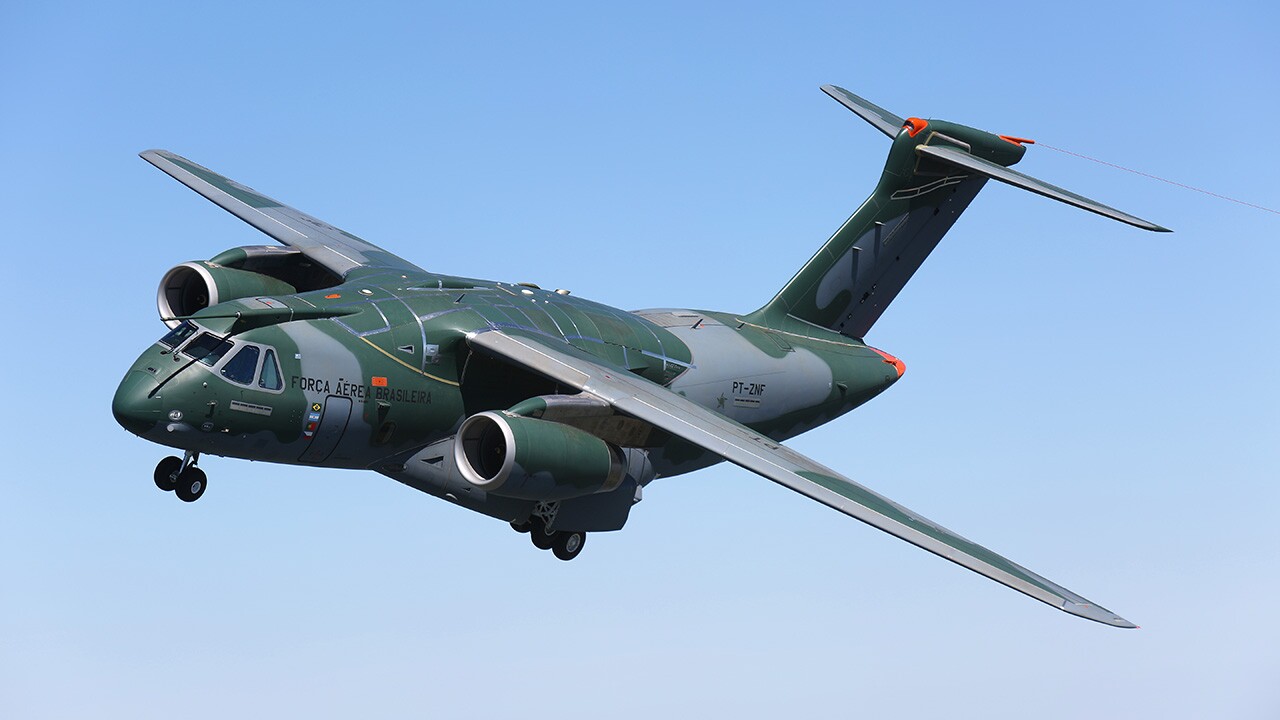 Perched in the cockpit of one of the newest military aircraft in the world as it streaks through the sky, I’ve got a front row seat for a Brazilian sales pitch aimed at unseating an American icon. 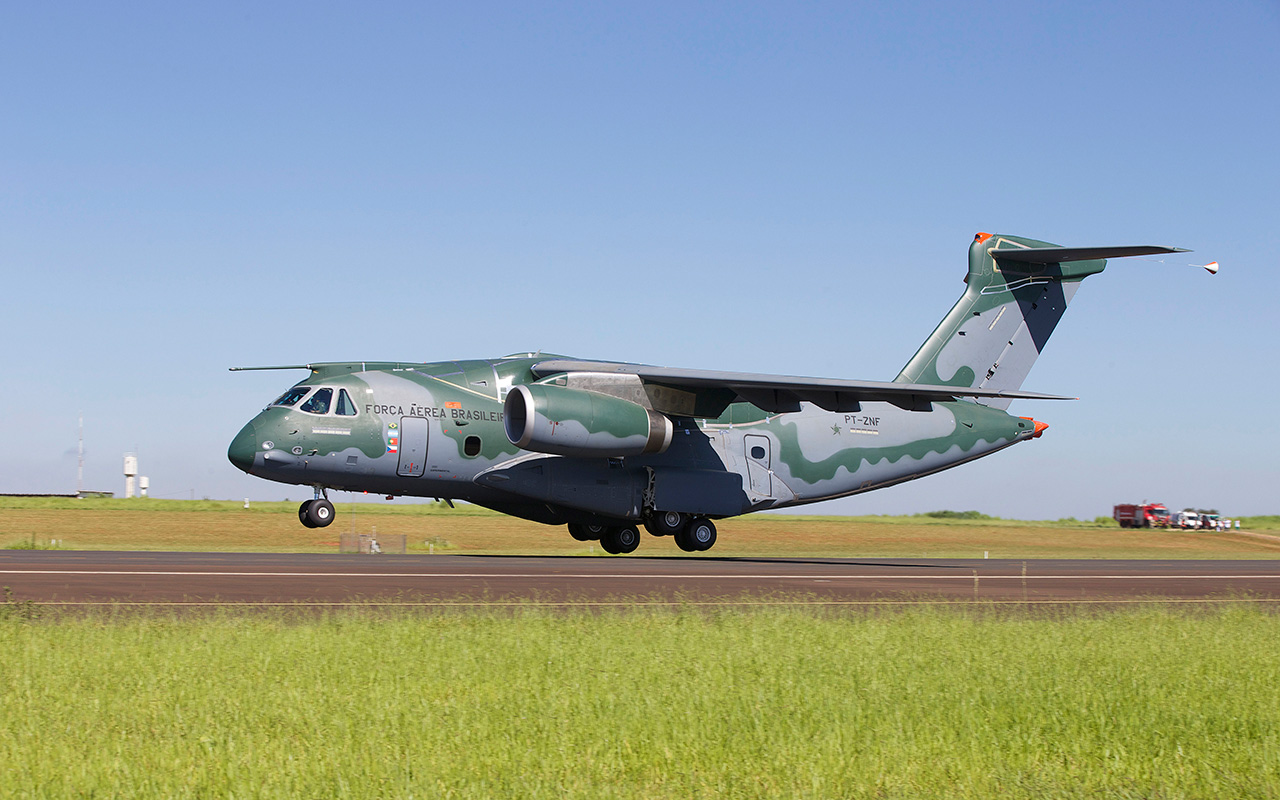 The C-130 is the world’s longest-running production aircraft and the preferred workhorse of the U.S. Air Force. There are just over 1,100 military and civilian C-130s flying today that will eventually need to be replaced. Embraer wants to fill those spots.

“We do respect the competition” from Lockheed, said Embraer’s chief executive, Paulo Cesar de Souza e Silva. “It’s now time to have something newer and we are there for that.”

The development of the KC-390 is also part of Brazil’s broader ambition to be a bigger industrial player on the world stage.

Better known for its small commercial airliners, Embraer has, until recently, avoided going head-to-head with bigger manufacturers like Boeing and Airbus.

“In some ways, this jet is a proxy to Brazil’s rise as a global power,” says to a report by Richard Aboulafia, Vice President of Analysis at the Teal Group, an aerospace consultancy.

The nearly 61-foot-long cargo deck of the new KC-390 can carry anything from armored vehicles and troops to humanitarian supplies and aerial refueling equipment. Zipping along at 300 mph and 15,000 feet above the French countryside, it’s hauling journalists for the first time.

Heavily updated little by little over the years, the U.S. Air Force is flying the latest model of the C-130J Super Hercules.

It has new engines and avionics, but the aircraft is the same basic shape that is has flown more than 1.5 million flight hours over 60 years.

And the U.S. military’s stamp of approval is no small hurdle to overcome.

That’s “more than just a product endorsement,” Aboulafia said. It’s a guarantee that spare parts will be plentiful around the globe and the C-130 will continue to be upgraded for decades to come.

Both the KC-390 and Lockheed’s Hercules are designed to land on short, unpaved dirt or sand runways, and their engines can withstand the beating from rocks and dust.

Perhaps most essentially, Embraer thinks it can replace the C-130 for less money.

The estimated price for each KC-390 would range between $50 million to $55 million, according to a 2016 report from the Teal Group — around $15 million less than the Hercules.

It’s “a fantastic cargo box for the price,” said Aboulafia.

Embraer is betting that politicians and taxpayers will give the KC-390 an advantage.

But Lockheed’s motto is “the only replacement for a Herc is another Herc.”

The Brazilian rival may be less expensive, but there are attributes of the Herc that it can’t match.

The C-130’s straight wing can get it off the ground faster in battle with more troops or cargo.

Currently only two experimental KC-390s are flying, and the airlifter is still being tested, so it will be a while before it can declare victory.