The power of the emoji, Japan’s most transformative modern design 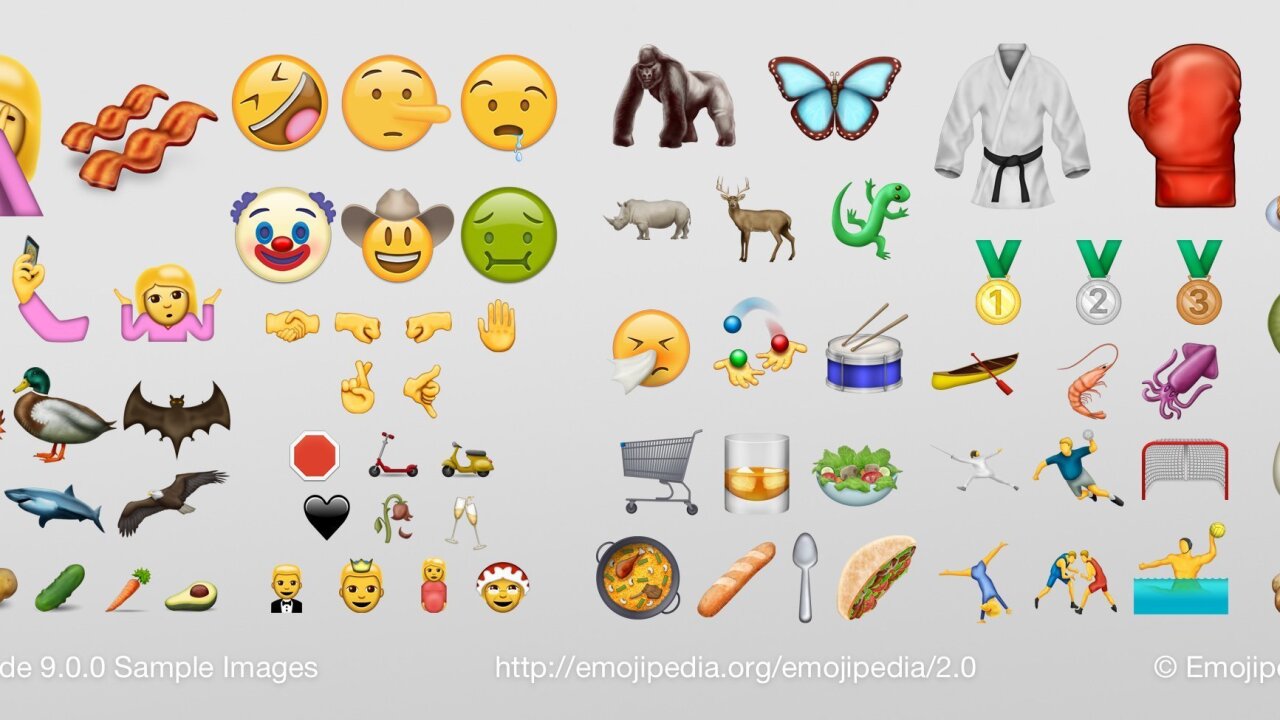 Over 6 billion emojis are sent on a daily basis, with over 90% of the world’s online community making regular use of them. Emojis may be one of Japan’s greatest-ever exports.

Editor’s note: Professor Vyvyan Evans is an internationally renowned expert on language and digital communication. He has published 14 books on language, meaning and mind. This is an edited excerpt from his latest book, “The Emoji Code” published by Picador and Michael O’Mara Books.

Emojis have become, without a doubt, a design classic. But how effective are they as a communication tool?

Over 6 billion emojis are sent on a daily basis, with over 90% of the world’s online community making regular use of them. Emojis may be one of Japan’s greatest-ever exports.

Today they are even officially classified as art. In 2016, New York’s Museum of Modern Art added emojis to its permanent collection — more specifically, the original 176 emojis, designed by Tokyo-based software engineer Shigetaka Kurita in 1999.

Kurita’s original emojis, licensed to the MoMA by NTT DoCoMo, now sit alongside works by Pablo Picasso and Jackson Pollock.

Taking their name from the Japanese word for “picture character,” emojis were born.

Is emoji a language?

What makes English, Japanese, or Swahili a language is the presence of two things: words and rules. And it is the unique nature of this organization that allows us to express complex and subtle ideas that cannot be expressed using other systems of communication.

Language is organized into meaningful units such as words, and a system of rules — a grammar — that enables us to compose our words and express everything from the gnawing ache of unrequited love to a banal observation on the weather.

While new emojis are introduced each year, the number of emojis available is vanishingly small compared to the range and complexity of vocabulary items that a competent native speaker possesses — currently there are fewer than 2,000 emojis available on a smartphone near you.

Compare this with the English words you have at your fingertips: by the age of five, and barely out of kindergarten, you would already have known around 5,000 English words, reaching an impressive 12,000 by your early teens — far outstripping the total number of emojis currently available.

But adding more and more emojis will only get us so far.

A potentially insurmountable problem is the sheer difficulty of expressing abstract ideas using a pictographic form. Winks, smileys, eggplants and dumplings are one thing — but how might we go about representing, say, “chauvinism,” “feminist,” “ethical” or “iconoclastic” in emoji?

Even if an emoji “language” could somehow overcome the lack of working vocabulary to express all the things we need a language to say, words, on their own, still don’t get us very far.

The hallmark of language is grammar. We use it, without even knowing it, to do the heavy lifting: combining vocabulary items to create sentences of potentially great complexity.

But even this has not put off some dedicated aficionados.

For instance, designer Ken Hale is so passionate about emoji that he has translated literary classics like Alice in Wonderland into the characters. Hale calls his approach to creating an emoji language “crypto-semantics.”

Nevertheless, like any language, unless you go through a process of learning what the symbols mean and how they are combined, then Hale’s emoji language remains a foreign tongue.

Communicating emotion in the digital age

So if emoji isn’t a language, what is it for? Some see emoji as little more than an adolescent grunt, taking us back to the dark ages of illiteracy. But this prejudice fundamentally misunderstands the nature of communication — and in so doing, it radically underestimates the potentially powerful and beneficial role of emoji in the digital age as a communication tool.

In the spoken medium, gesture, facial expression, body language and speech intonation provide a means of qualifying and adjusting the message conveyed by our words. A wink or smile provides a crucial cue, aiding our understanding.

Digital communication provides us with an important channel of communication in our increasingly connected social and professional lives.

But the rich, communicative context available in face-to-face encounters is largely absent in a digital setting. Digital text-speak alone is impoverished, seemingly possessing the power to strip all forms of nuanced expression from even the best of us. But here emoji can help: it fulfills a similar function in digital communication to that of gesture, body language and intonation in spoken interaction.

Emoji enables us to better express tone and provide emotional cues; and in turn, our addressees are better able to interpret what the words are meant to convey.

Imagine you send this text to a friend or partner: “I tripped and banged my head on the cupboard.” They might not know whether to sympathize or laugh. But a sad face at the end provides a nonverbal cue, a metacomment, providing a clear tell: “I’m in pain.” A tears of joy emoji, on the other hand, tells us the sender finds the situation funny: “I’m such a buffoon.”

We live in a digital age, and emoji is an adaptation to this most recent arena of human interaction.

It helps get the job done when the tried and tested interpersonal cues that oil spoken interaction are absent.

And in the process, it helps avoid what I dub the “angry jerk” phenomenon: the emoji-less emails and texts that seem to be shouting at us. Emoji puts the nuancing back in, better allowing us to express our emotional selves in our brave new 21st century world.