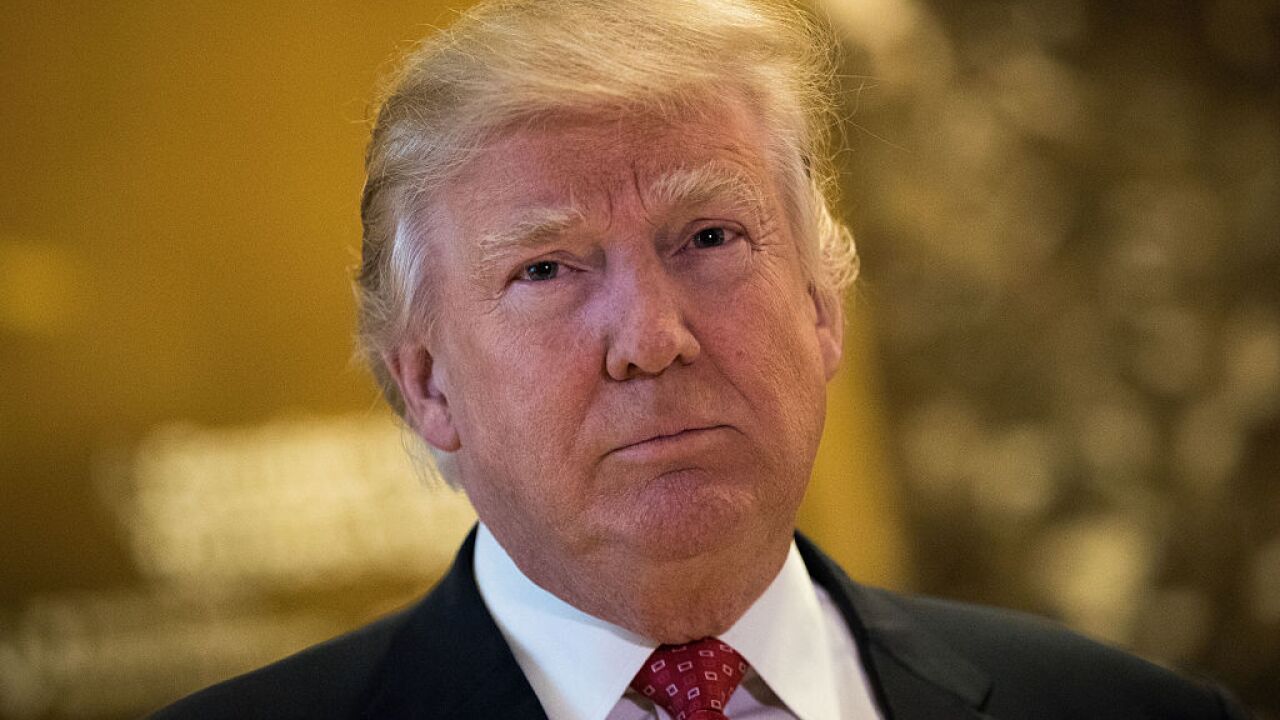 President Donald Trump defended his eldest son, Donald Trump Jr., on Twitter Sunday morning amid mounting questions about his son’s meeting with a Russian lawyer during the 2016 campaign, implying a media double standard in its treatment of Hillary Clinton.

HillaryClinton can illegally get the questions to the Debate & delete 33,000 emails but my son Don is being scorned by the Fake News Media?

The President’s latest tweet on the matter comes as questions continue to swirl about the June 2016 meeting, which included at least eight people, including Trump Jr., Trump’s son-in-law Jared Kushner, then-campaign manager Paul Manafort and the Russian lawyer, sources familiar with the meeting told CNN. Trump Jr. took the meeting on the premise that he would get information from the lawyer that would be damaging to Clinton’s campaign, according to emails Trump Jr. posted on Twitter last week.

The meeting has put fresh scrutiny on the actions of Trump’s family and campaign officials as federal investigators probe whether the campaign colluded with Russians in Moscow’s attempt to influence the 2016 election in Trump’s favor.

The President also commended ex-campaign adviser Michael Caputo for publicly denying knowledge of any alleged contacts between the campaign and Russia after testifying privately to the House intelligence committee Friday.

Thank you to former campaign adviser Michael Caputo for saying so powerfully that there was no Russian collusion in our winning campaign.

Caputo, a former top adviser to Donald Trump’s campaign with strong ties to Russia, said at a press conference after his testimony that “there was absolutely not discussion of Russia” in the Trump campaign while he was there.

“I spent my time in front of the committee detailing the fact that I had no contact with Russians, that I never heard of anyone with the Trump campaign talking with Russians, that I was never asked questions about my time in Russia, that I never even spoke to anyone about Russia, that I never heard the word ‘Russia,’ and we did not use Russian dressing,” Caputo told reporters. “There was absolutely no discussion of Russia on the Trump campaign ’til the day I left.”

Caputo resigned from the campaign on June 20, 2016 after celebrating the dismissal of then-campaign manager Corey Lewandowski with a tweet that said, “Ding Dong the witch is dead.” Manafort replaced Lewandowski as chairman.

Trump also continued his broadside of the news media in his Sunday morning tweets, claiming without providing evidence that news agencies use phony unnamed sources in their stories.

With all of its phony unnamed sources & highly slanted & even fraudulent reporting, #Fake News is DISTORTING DEMOCRACY in our country!