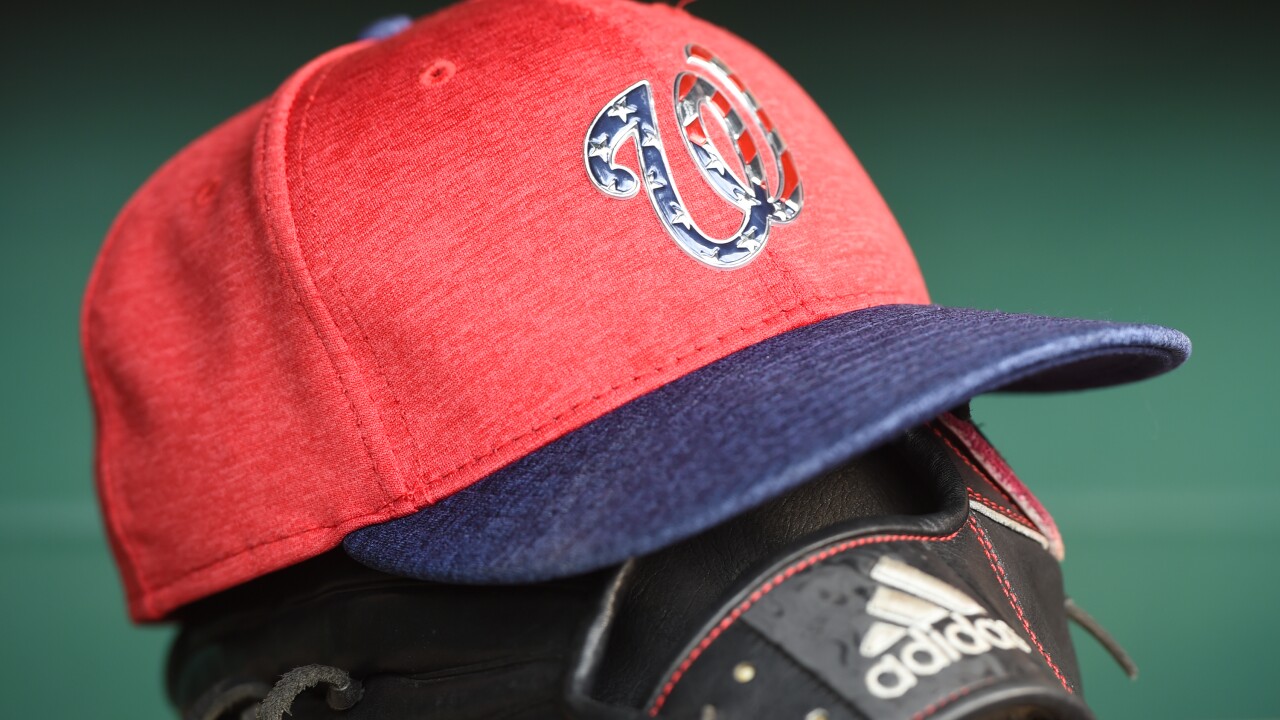 A Washington Nationals cap and glove in the dug out. (Photo by Mitchell Layton/Getty Images)

A Washington Nationals cap and glove in the dug out.
(Photo by Mitchell Layton/Getty Images)

Madson, 36, owns a 2.06 ERA (9 ER/39.1 IP) and ranks in the top ten among Major League relievers in walks/hits per innings pitched (7th, 0.79), walks per 9.0 innings (8th, 1.37), and strikeout-to-walk ratio (9th, 6.50) in 40 appearances for the Oakland Athletics in 2017. He has secured 14 holds, one save and has struck out 39 batters while walking six and surrendering just two home runs along the way. Over his last 13 outings, Madson has allowed just one earned run in 14.0 IP (0.64 ERA) while recording five holds and 12 strikeouts. He has not walked a batter during this stretch and has not allowed any of the seven runners he’s inherited to score.

Treinen, 29, was 8-11 with a 3.39 ERA in 185 games for the Nationals from 2014-2017. The hard-throwing sinkerballer led all Major League relievers in coaxing double plays from his opponent in 2016 with 17 and entered Sunday’s game ranked second in MLB for the 2017 season in that category. Acquired from the A’s in January, 2013, Treinen was a seventh-round selection of the A’s in the 2011 MLB First-Year Player Draft.