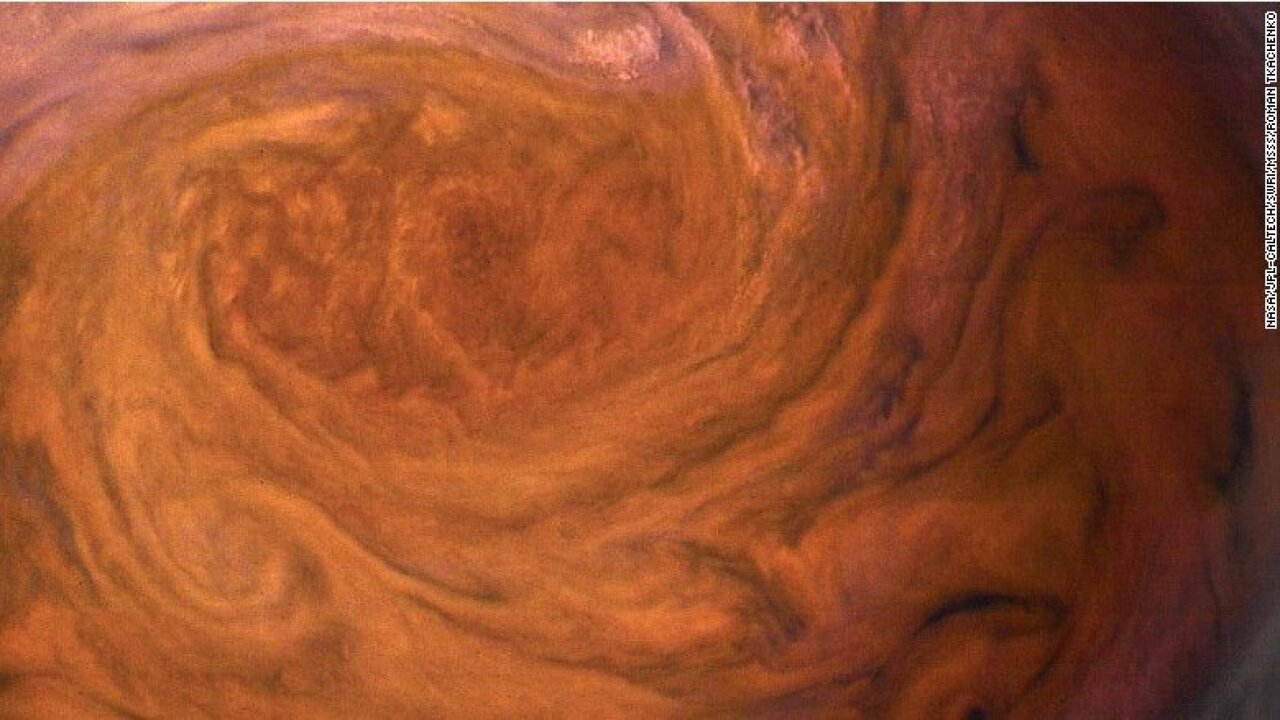 It’s more than a spot, really, as photo comparisons show. Its 10,000-mile-wide clouds form a storm that is 1.3 times the size of Earth. That mileage is also 10 times the range that clouds span in Earth’s largest hurricanes.

A great deal of research orbiting Jupiter is dedicated to understanding the spot. The images, processed by NASA scientists, show the vivid clouds and intricate veins colorfully outlining the eye of the storm.

“This monumental storm has raged on the solar system’s biggest planet for centuries. Now, Juno and her cloud-penetrating science instruments will dive in to see how deep the roots of this storm go, and help us understand how this giant storm works and what makes it so special,” Scott Bolton, principal investigator of Juno, said in a NASA news release.

Bolton leads a massive team of 32 co-investigators and 28 key personnel dedicated to the mission Juno, which is the farthest solar-powered spacecraft from Earth.

Composed of eight instruments, the mission snapped photos and information that will lead researchers below the surface of the storm, which has been monitored since 1830. NASA says the spot may be over 350 years old.

Data collected can help tell more about the origin, evolution and current impact of Jupiter. As the solar system’s largest planet, it can greatly influence the orbit of objects in space, including planets and asteroids.

There’s also hope to learn more about the planet’s chemical composition and magnetic field. NASA says Jupiter has a similar composition to the sun and that the two were formed around the same time.

These images from Monday are just the beginning of scientists’ plans for Juno, which made it to Jupiter on July 4, 2016 — nearly five years after the mission was launched from Florida in August 2011. Since its arrival, it’s traveled about 71 million miles around the planet.

Bolton’s team at NASA’s Jet Propulsion Laboratory in California is now looking toward Juno’s next closeup flyby of Jupiter, slated for Sept. 1 this year.