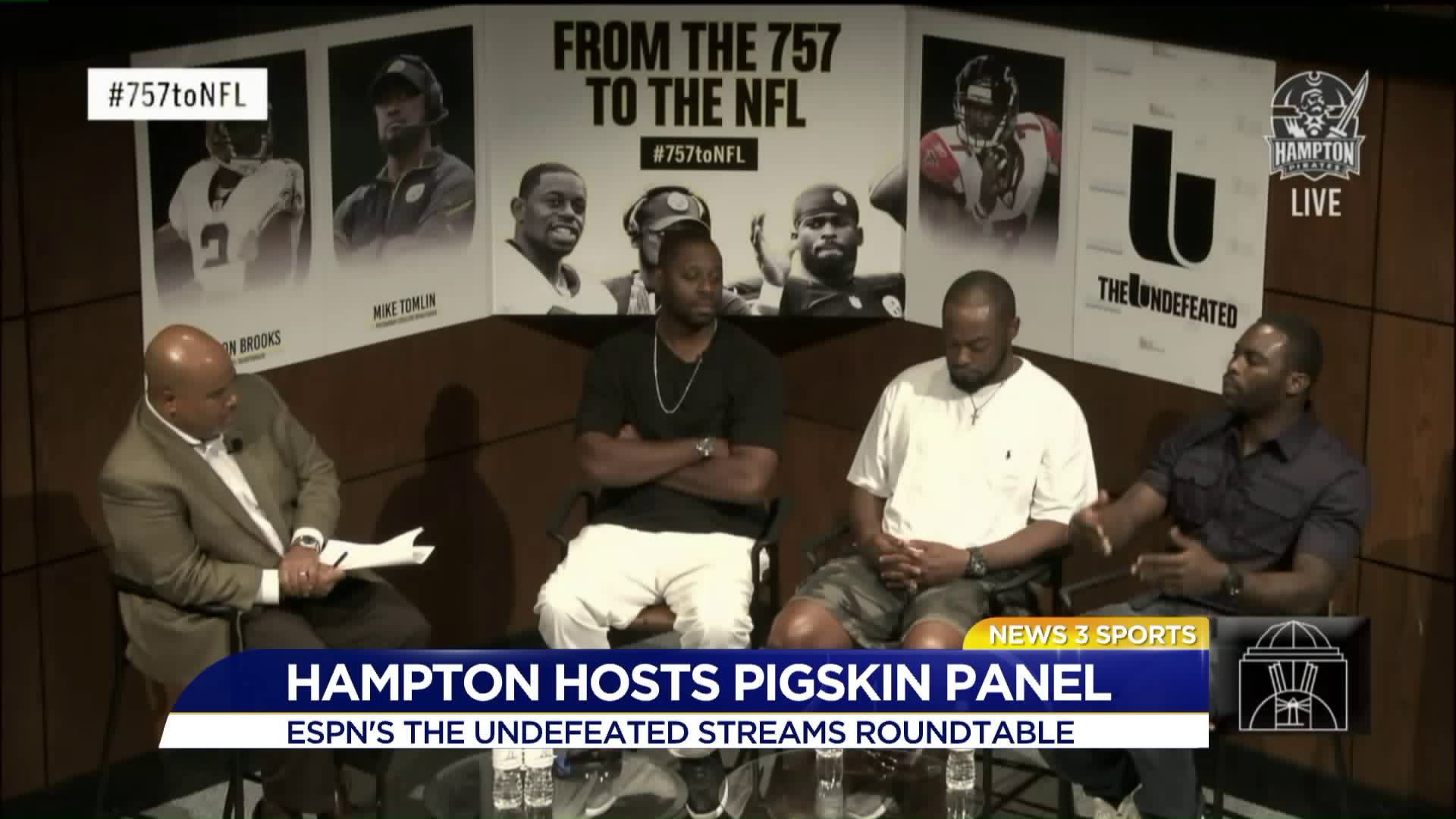 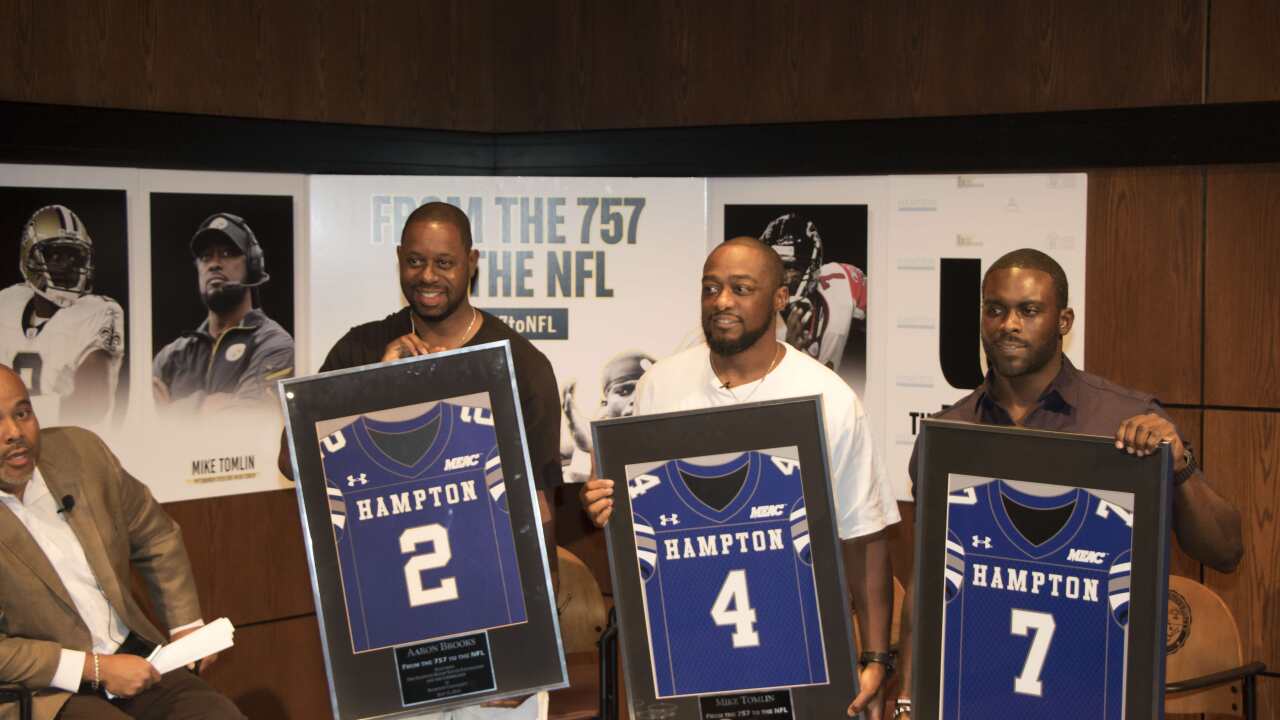 Hampton University's From the 757 from to the NFL panel.

HAMPTON, Va. — ESPN’s The Undefeated hosted an in-depth round table discussion titled ‘From the 757 to the NFL’ with Super Bowl winning head coach Mike Tomlin and former NFL quarterbacks Mike Vick and Aaron Brooks at Hampton University’s Scripps Howard School of Journalism and Communications Auditorium Thursday. The event was live streamed on TheUndefeated.com.

"We always get a microphone in our face and get asked certain questions about how we play," explained four-time Pro Bowl quarterback Mike Vick, a Newport News native. "But it's never about how we got there, so that's what's intriguing about today."

It's hotter than a stolen jalapeño truck here. Since pics of car temp gauges are cliche, here's a shot of @MikeVickhttps://t.co/ZEdWyyeNFz pic.twitter.com/krl45JEloS

“This production speaks to the cutting edge projects and events that exist all across our campus,” said Dr. William R. Harvey, Hampton University President. “Hampton University is unparalleled in the delivery of content and at the forefront of all areas of creativity and innovation”

"We don't have a professional sports team here in Hampton Roads," Aaron Brooks, a Newport News native who played seven seasons in the NFL, pointed out. "That's why it's so important for them to see us come back, so they can see what it's like."

Head coach Mike Tomlin works the sidellines during the second half against the Buffalo Bills at New Era Field on December 11, 2016 in Orchard Park, New York. (Photo by Tom Szczerbowski/Getty Images)

The panel, moderated by The Undefeated’s senior NFL writer Jason Reid, will discuss the opportunities and challenges of life as a football player, competition, the journey to manhood and the pursuit of achievable dreams.  This will be an inspiring conversation between three NFL quarterbacks and a Super Bowl-winning head coach who all grew up in one of the nation’s top talent-rich regions - Hampton Roads.