After uproar over Capitol building dress code, Paul Ryan to ‘modernize’ it 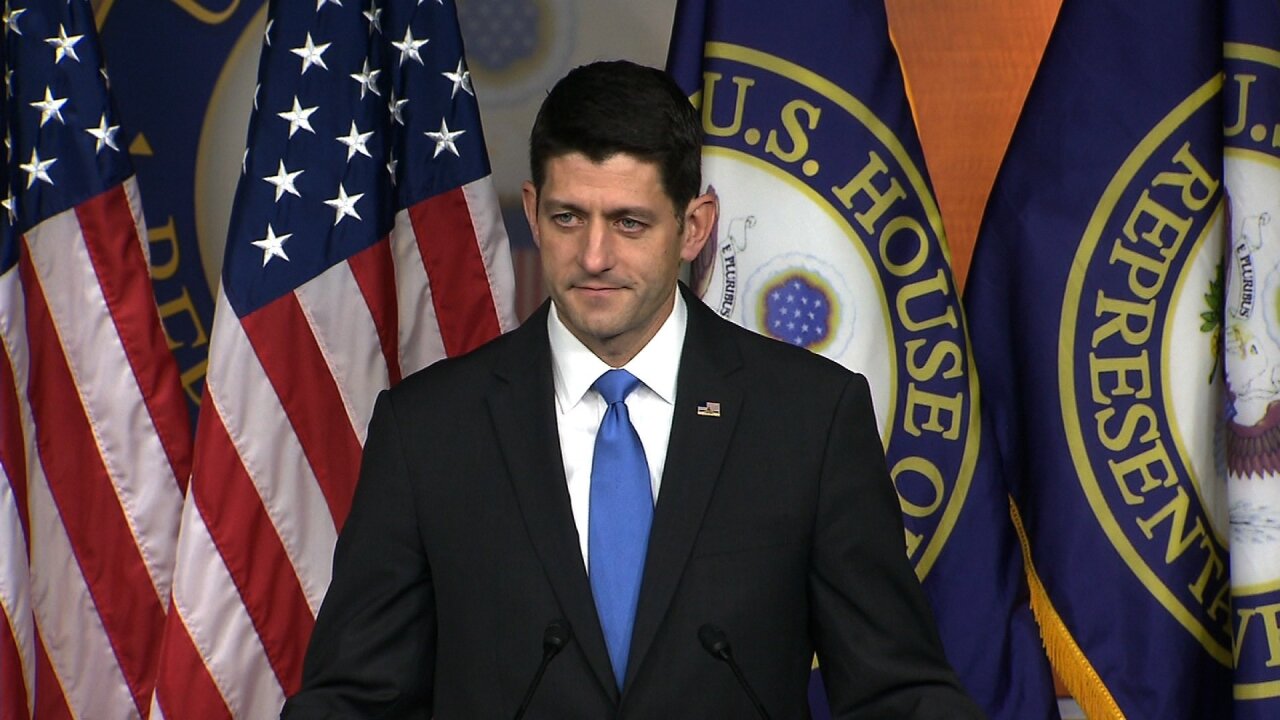 Donald Trump, who built a campaign on lambasting Republican elites, Thursday came to the citadel of the political establishment — Capitol Hill — for a summit with House Speaker Paul Ryan and other party leaders designed to halt the GOP’s self-immolation.

House Speaker Paul Ryan said on Thursday that he is working with the Sergeant at Arms to “modernize” the dress code in parts of the Capitol building.

House Speaker Paul Ryan said on Thursday that he is working with the Sergeant at Arms to “modernize” the dress code in parts of the Capitol building.

“Over the break it came to my attention that there was an issue about dress code,” he said during a press conference on Capitol Hill. “I’ll be honest, this was not something that was covered in my new speakership orientation ceremony.”

At issue is the Speaker’s Lobby, a room bordering the House chamber and a location where lawmakers congregate between votes and where reporters conduct interviews. The dress code for the room has required women — reporters and lawmakers — to wear dresses and blouses with sleeves if they want to enter. The rule also requires men to wear jackets and ties.

A recent CBS news report about the uneven adherence to the dress code and the story of an unnamed young, female reporter barred from the room because her dress did not have sleeves kicked off an online debate, particularly among journalists.

On Wednesday, Rep. Martha McSally, an Arizona Republican, made reference to the strict dress code in the Speaker’s Lobby at the end of remarks on the House floor about first responders in her state.

“Before I yield back, I want to point out I’m standing here in my professional attire, which happens to be a sleeveless dress and open-toed shoes,” McSally said on the House floor. “With that, Mr. Speaker, I yield back.”

That business attire may soon be officially acceptable according to the rules.

“Decorum is important, especially for this institution, and a dress code in the chamber and the lobby makes sense, but we also don’t need to bar otherwise accepted, contemporary business attire,” Ryan said Thursday. “So look for a change on that soon.”

He didn’t specifically detail what would change about the dress code.

“Glad to see @SpeakerRyan is updating the dress code for the House Floor. These unwritten rules are in desperate need of updates,” she tweeted Thursday.

A spokesperson for Ryan’s office told CBS News that the dress code has existed not only under Ryan but other House Speakers, including Pelosi.