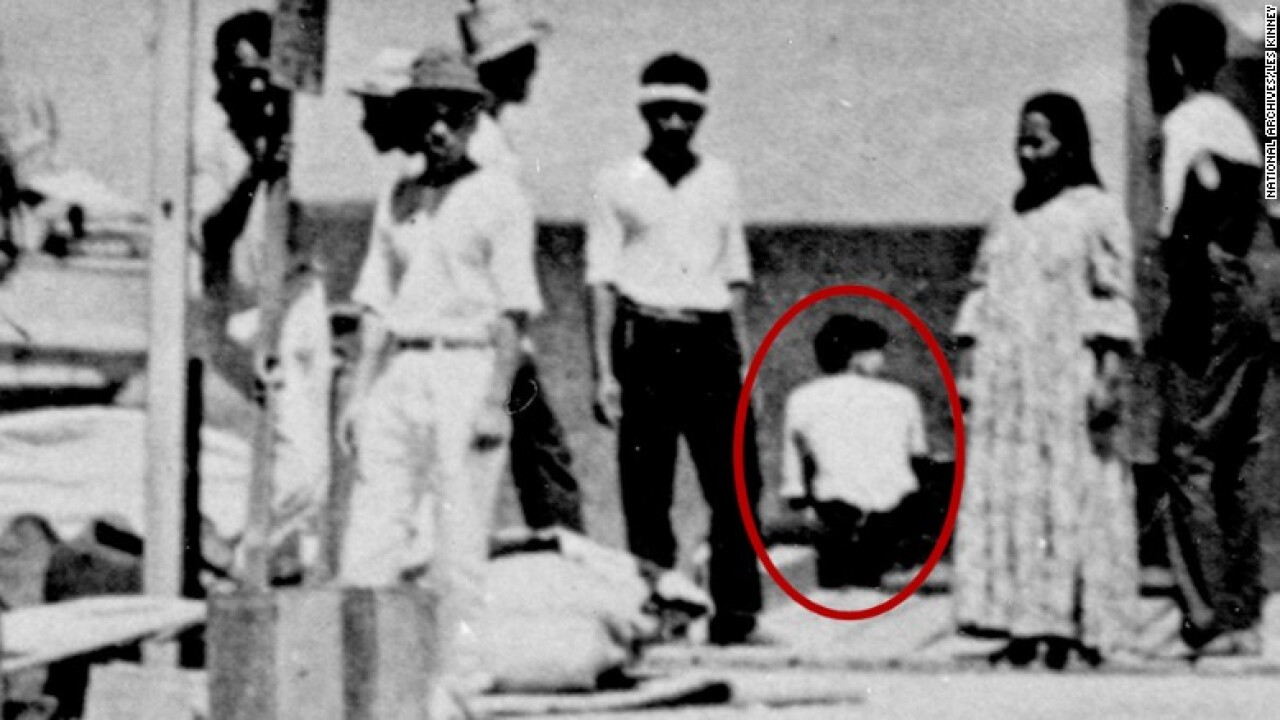 A newly discovered photo which was claimed to hold the key to the 80-year-old mystery surrounding Amelia Earhart’s disappearance may have been published two years before she vanished, new evidence suggests.

The blurry photo, used in a History Channel documentary, was alleged to show Amelia Earhart and her navigator Fred Noonan alive and well on a dock in the Marshall Islands in 1937.

The blurry photo, used in a History Channel documentary, was alleged to show the groundbreaking pilot and her navigator Fred Noonan alive and well on a dock in the Marshall Islands in 1937.

But two bloggers say they have found the photo in a Japanese coffee table book dated 1935 — when Earhart was safely in the United States.

The bloggers claim the photo was originally published in a travel book titled “Naval life line; the view of our South Pacific: Photo album of Southern Pacific Islands.”

The book is shown in a digital photo in Japan’s National Diet Library, the country’s largest collection of books. The site says it is from Showa 10, the 10th year of the Showa emperor, also known as 1935.

One of the bloggers, Matt Holly, said the person previously identified as Earhart in the photo could even be a man. “This (figure) has an upper body group of a man,” he said.

The History Channel said in a statement Tuesday its investigators were exploring the latest development, and the channel would be “transparent in our findings.”

“Ultimately, historical accuracy is most important to us and our viewers,” it said on Twitter.

Since Earhart vanished in 1937 while attempting to become the first woman to fly around the world, dozens of theories have attempted to explain her disappearance.

The photo, which a former US treasury agent said he discovered in the US National Archives, was claimed to show Earhart and Noonan on the dock at Jaluit Atoll in the Marshall Islands.

It appeared to add credence to one theory that she was captured by the Japanese army, as the Marshall Islands were administrated by Japan between the two World Wars.

The photo was the focus of a two-hour documentary special on the History Channel, titled “Amelia Earhart: The Lost Evidence.”

But, almost immediately questions, were raised over what the photo actually showed, with Dorothy Cochrane, curator for the Aeronautics Department at the Smithsonian National Air and Space Museum, telling CNN she wasn’t convinced.

“People take photos and interpret them, and they’re free to do that. It has not persuaded me.”

Holly, the blogger, said the lack of Japanese soldiers on the dock suggested it was not taken in 1937.

“The entire life of the Marshallese was changing. Then in 1937 the war on China and military activities in the Marshall Islands (by the Japanese). There is not a Japanese person on that dock. If it was 1937, there would be Japanese soldiers there,” he said.

Writing for CNN, Cochrane said Earhart was one of the most revered women and pilots of the 1930s and an international celebrity when she vanished.

She’d already become the first woman to fly across the Atlantic alone in May 1932 and so when she embarked on an around-the-world voyage it was headline news.

“For more than a month, millions of people followed the world flight and so, when she and Noonan disappeared en route from Lae, New Guinea, to tiny Howland Island, it was naturally front-page and heart-breaking news,” Cochrane said.

The simplest theory is that Earhart and Noonan ran out of fuel and crashed into the Pacific Ocean, which is the theory officially held by the US government.

Some of the more unlikely theories suggest Earhart was a spy for the US government, or that she survived her landing but died a castaway.

“I don’t blame people for wanting to know (what happened), and it is one of the greatest mysteries of the 20th century,” Cochrane said.