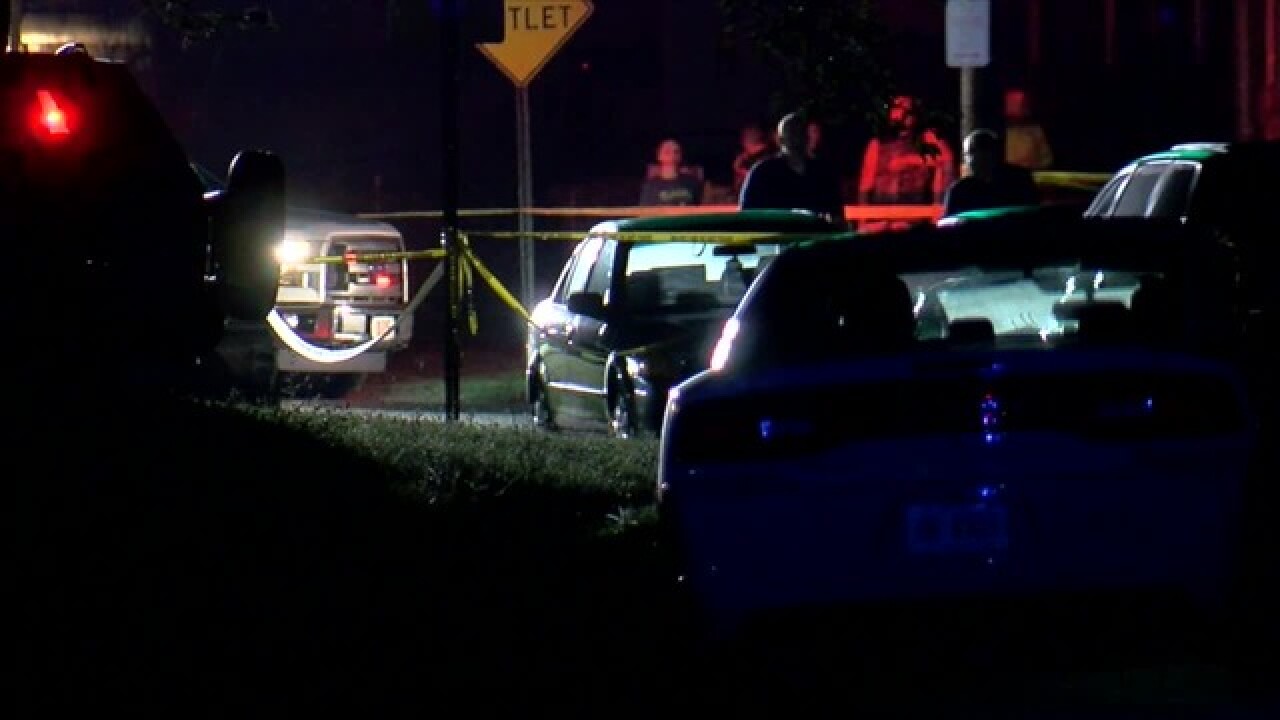 Two gunmen opened fire at a gender reveal party at a home near Cincinnati, killing a woman and injuring eight others, police said Sunday.

A group of people had gathered Saturday in the living room to learn the gender of a woman’s expected child, when two gunmen came through the front door and opened fire, Colerain Township (Ohio) police Chief Mark Denney said. The shooting lasted “maybe a minute or two,” and the suspects got away on foot, Denney said.

Denney said 22-year-old Autum Garrett, who authorities believe is from Huntington, Indiana, was pronounced dead at the scene. The eight other victims, including an 8-year-old, 6-year-old and 2-year-old — suffered non-life threatening injuries, police said.

In 911 calls from the incident obtained by CNN affiliate WCPO, witnesses sound panicked and confused as to what has happened.

“There’s a whole lot of people here are shot,” one man tells the operator, as people scream in the background.

“I just seen two people walk by, I looked outside, next thing I know they just ran in and just start shooting,” the man says. He tells the operator he thinks he has been shot in the stomach and that he’s bleeding.

Another woman calls 911 from outside the house.

“There is little kids hurt and everything,” she says. “I was sitting in my car, they just ran in and started shooting. There’s a pregnant girl here … oh my God.”

At the request of the operator the woman yells at people in the house to find out how many people have been shot, but is unable to establish the number. She says she saw the gunmen run away.

A neighbor calls emergency services, but cannot provide details of the injured.

“Ma’am, all I know is, I don’t know what’s going on, all I know is she’s a neighbor. I was at home minding my business and I just heard someone in distress banging on my door and a young lady was bleeding and she said she’d been shot and so had someone else and I just tried to come out and see what was going on,” she says.

Police were still searching for the two suspects. Denney said there are many details that authorities don’t know at this point, including whether the suspects, who used handguns, targeted their victims. They also didn’t know how many people were in the home for the party or the possible relationship between the suspect and the victims, Denney said.

A gender reveal party often involves the expectant parents and their gathered guests learning the soon-to-arrive baby’s gender at the same time. It includes a dramatic moment when pink or blue is revealed to all gathered — by opening a box that’s full of balloons in one of the colors, for instance, or slicing a cake to reveal blue or pink coloring inside.

“We’re not sure if (the suspects) were allowed in or they forced entry at this point,” Denney told reporters. “We don’t know who the suspects are and why they did this.”

A family member told CNN affiliate WLWT News 5 that a pregnant woman was shot in the leg and lost her baby. The woman has been treated and released from the hospital, the station reported. Denney couldn’t confirm that detail.

Other children in the home were uninjured, police said.

Officers were dispatched to the call of shots fired around 11:21 p.m., police said.

One responding officer said “it was horrific, something that was unimaginable,” Colerain Township police spokesman Jim Love said.

Denney urged residents to take the same reasonable precautions they always do, including calling police if they see something suspicious and locking their doors.

“But we have no information that makes us believe there is any specific threat to our community,” the police chief said.

“Our hearts are heavy with what we’ve seen and experienced in our community,” Love said.