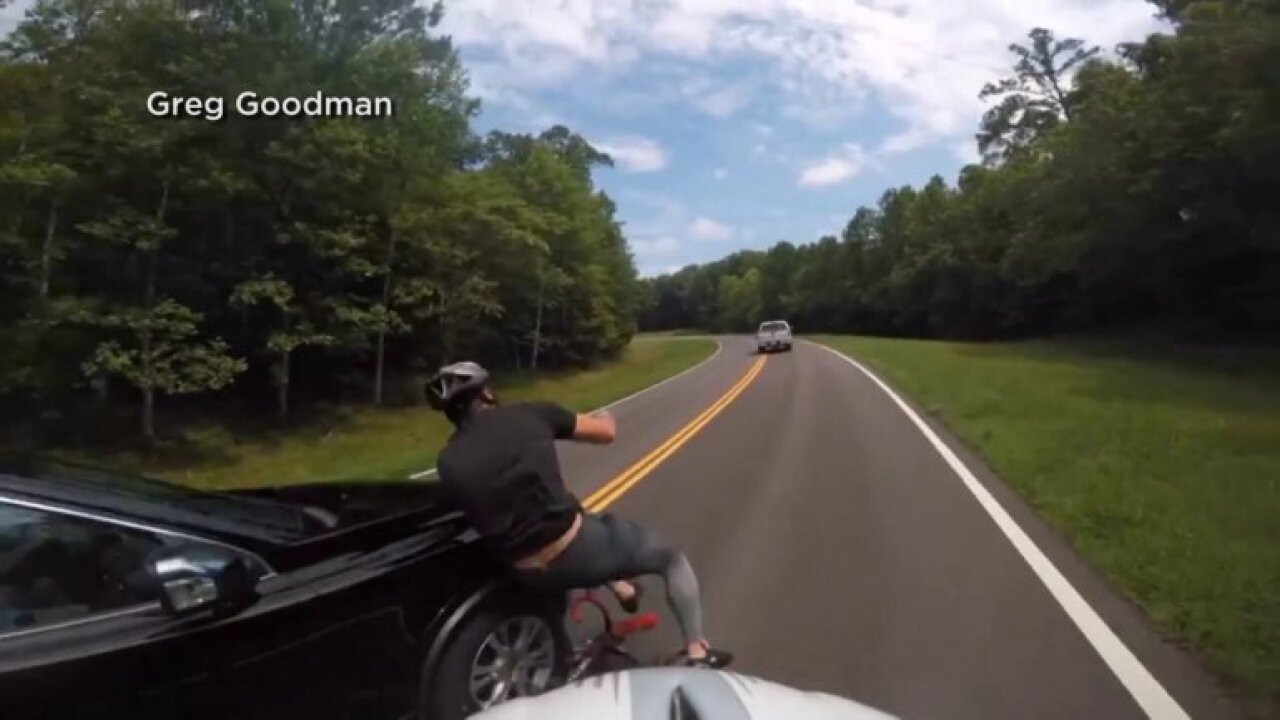 FRANKLIN, Tenn. — The Dean of Students at University School of Nashville has been arrested and accused of hitting a bicyclist on Natchez Trace Parkway in

Tennessee over the weekend.

Greg Goodman said he recorded the crash on his GoPro as he rode with his friend Tyler Noe.

In the video, a white truck passes the men and then a black Volvo strikes Noe and throws him to the ground.

The truck does not stop.

Noe was treated at the hospital and released with cuts and bruises.

“The Natchez Trace Parkway is a designated bicycle route, and bicycle traffic increases dramatically on the weekends and holidays,” reminded Acting Chief Ranger Calvin Farmer. “In Mississippi and Tennessee, bicyclists are allowed to use the full lane of traffic to ride in when necessary.”

“Vehicle drivers must provide a safe distance when overtaking and passing a bicyclist.”