Surrounded by flames, California firefighters rescue US flag from wildfire 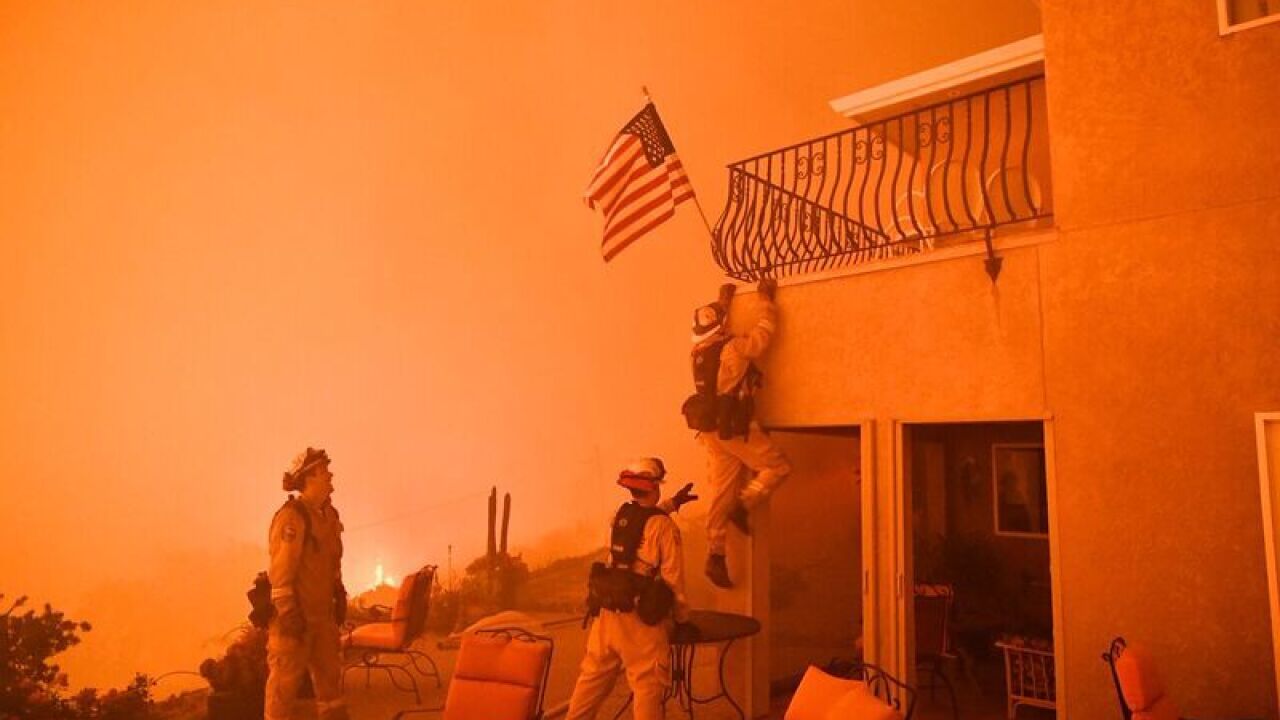 Firefighters save a US flag as impending flames from the Wall fire close in on a luxury home in Oroville, California on July 8, 2017. At least 10 structures have burned and the fire is currently at 20 percent containment. The first major wildfires after the end of California’s five-year drought raged across the state on July 8, as it was gripped by a record-breaking heatwave. (Photo: JOSH EDELSON/AFP/Getty Images) 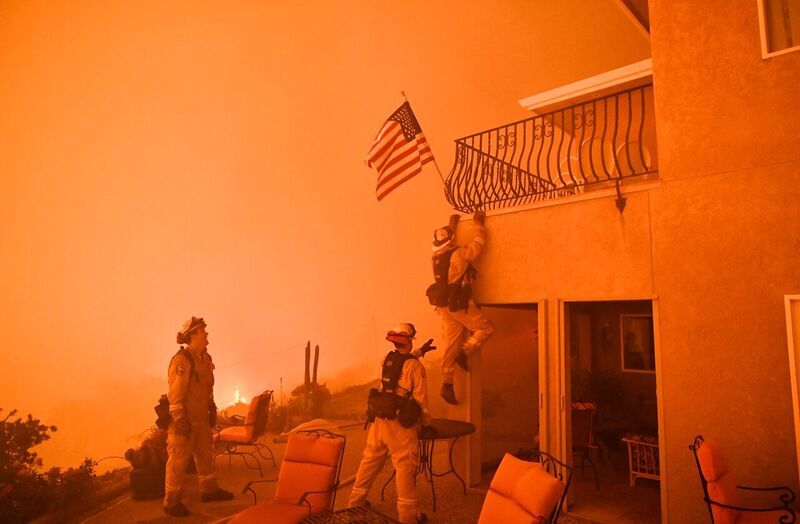 Amid the devastation and desolation left behind as wildfires blaze across California, one photo captured an inspiring moment.

In the image, three firefighters in Oroville, California, appear to be saving an American flag from the impending fire on Saturday. One rescuer, held up by two crewmates, is seen reaching up to remove the flag from the side of a home. The identities of the firefighters, as well as the specific location of the home, are unclear.

As raging fires across the West continue to raze thousands of acres and force thousands of people from their homes, the photo is an uplifting reminder that not everything can be destroyed.

Josh Edelson, the photographer who took the picture, shoots wildfires in California every summer. He saw the fire, which was about a couple hundred yards away, slowly creeping up the hill toward the home. Firefighters from Cal Fire were spraying water on nearby weeds and doing other preventative measures to defend the house.

And then, Edelson said, there was a brief moment of calm.

“That was about the time they turned around and saw the flag, and they wanted to get it down,” Edelson told CNN. “But it was pretty high up; they couldn’t reach it.”

Edelson said he presumes their intention was to protect the flag as a “symbolic act.” He also said it’s possible that removing the flag was a preventative measure: With the waving fabric so close to the house, it would only take a few embers blowing in the wind for the flag, and the home, to catch fire.

Oroville has been facing an inferno dubbed the “Wall Fire” since Friday afternoon. On Sunday, Gov. Jerry Brown declared a state of emergency in Butte County, a northern California county, after the massive wildfire continued to spread.

So far, 35% of the fire has been contained. But as of Monday morning, the fire had burned through 5,600 acres and destroyed 17 structures, according to Cal Fire. There are still 5,400 structures threatened by the flames.

About 4,000 people have evacuated the area. Nearly 1,600 firefighters are trying to get the fire under control.

Thousands of firefighters are working to extinguish 14 different fires across California. More than 13 million people were under heat warnings and advisories Sunday as the West faces a record-breaking heatwave.