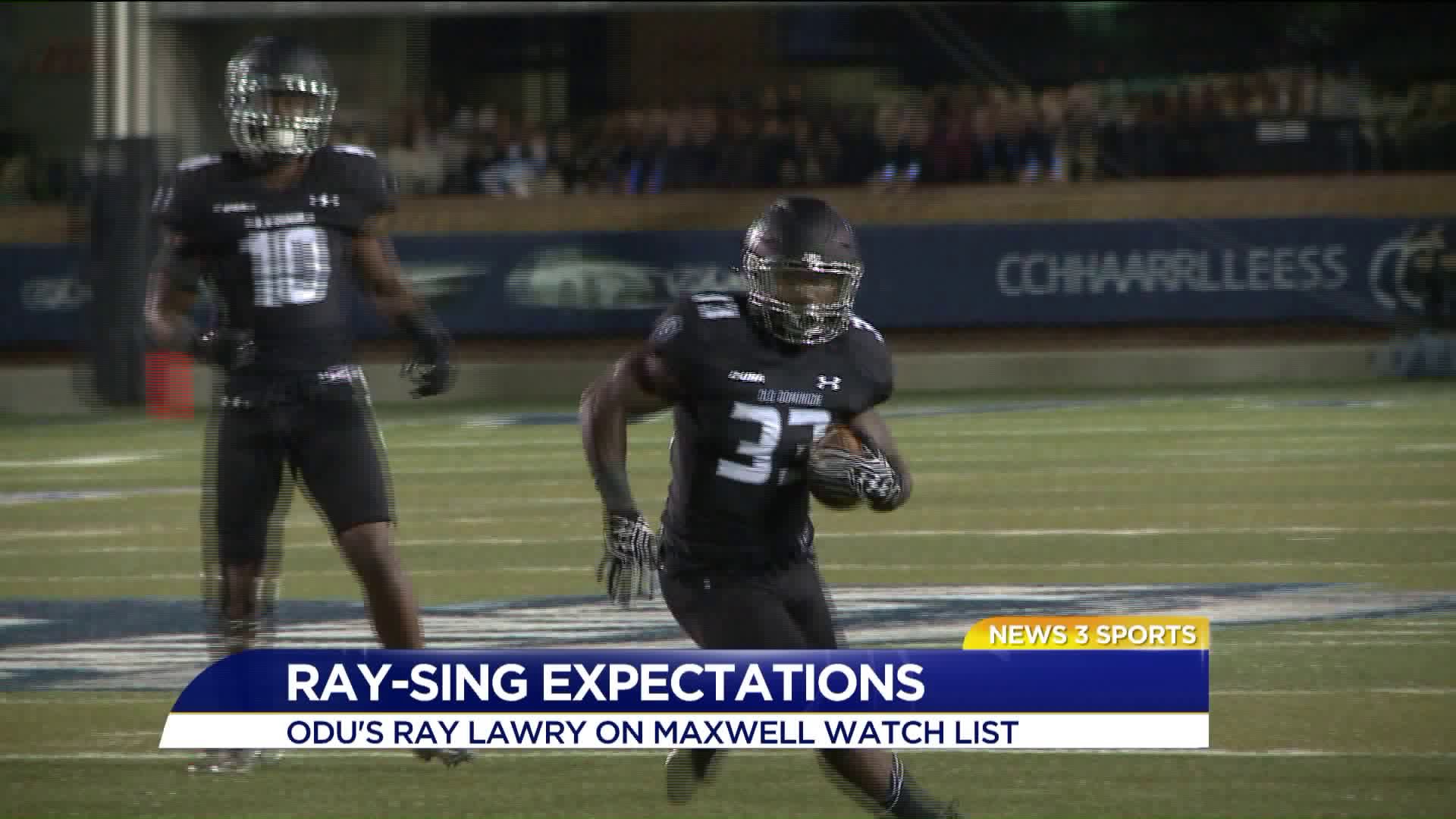 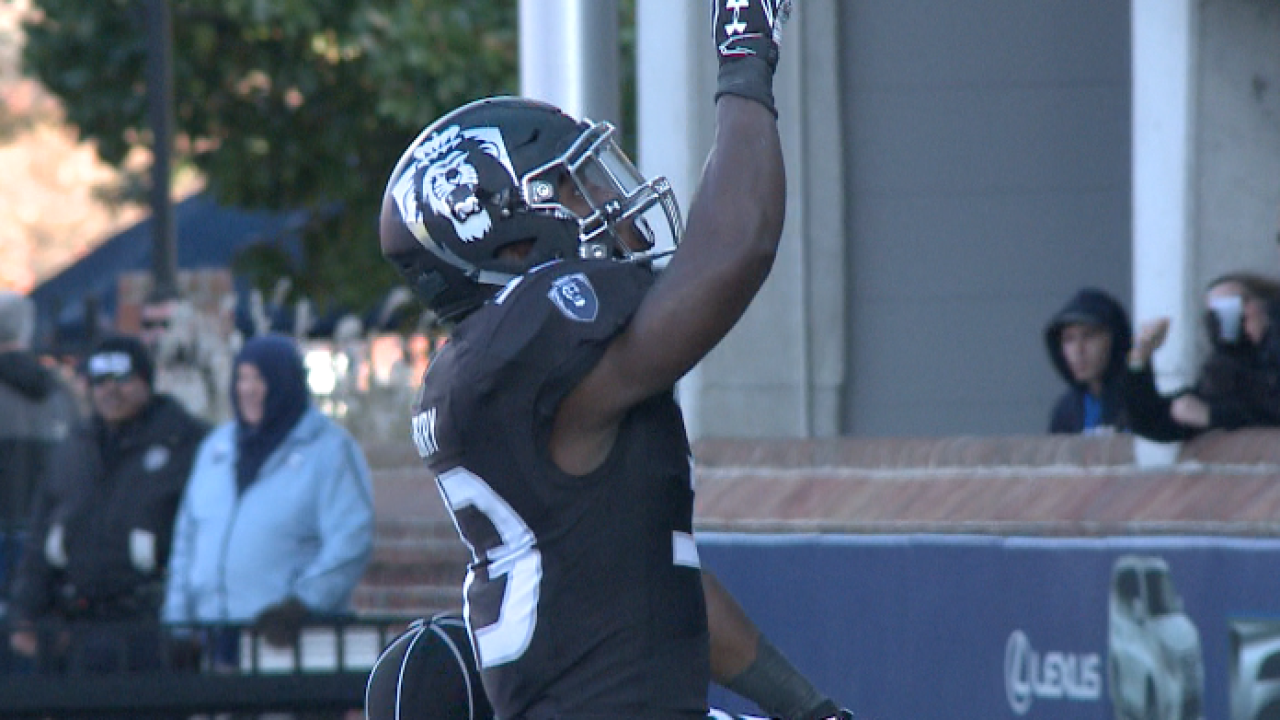 Ray Lawry scored a touchdown in the first quarter giving ODU a 14-0 lead.

NORFOLK, Va. – Old Dominion University senior running back Ray Lawry was named to the 2017 Maxwell Award Watch List. The Maxwell Award is given annually to the college player of the year by the Maxwell Football Club.

As a junior, Lawry led ODU with a single-season school record 1,255 rushing yards, rushing for 11 touchdowns. He also caught 11 passes for 134 yards and one touchdown.

"It's exciting and it's well deserved," ODU head football coach Bobby Wilder told News 3 after an appearance at the Norfolk Sports Club. "You could say, arguably, Ray is our second most-accomplished player in school history behind Taylor Heinicke. He's the leading rusher in school history. He's had three very production years. We're looking for another very consistent year out of Ray Lawry."

A native of Logan Township, New Jersey, Lawry has set the Monarch single-season record in each of his first three years, including his freshman season when he was named Conference USA Freshman of the Year.

He is the seventh active leading rusher in FBS with 3,338 yards and has 38 rushing touchdowns.

Lawry was one of 85 total student-athletes on the watch list, one of 17 players from the Group of Five, and of four from C-USA, as Mike White (WKU), Brent Stockstill (Middle Tennessee) and Ito Smith (Southern Miss) were also on the list.