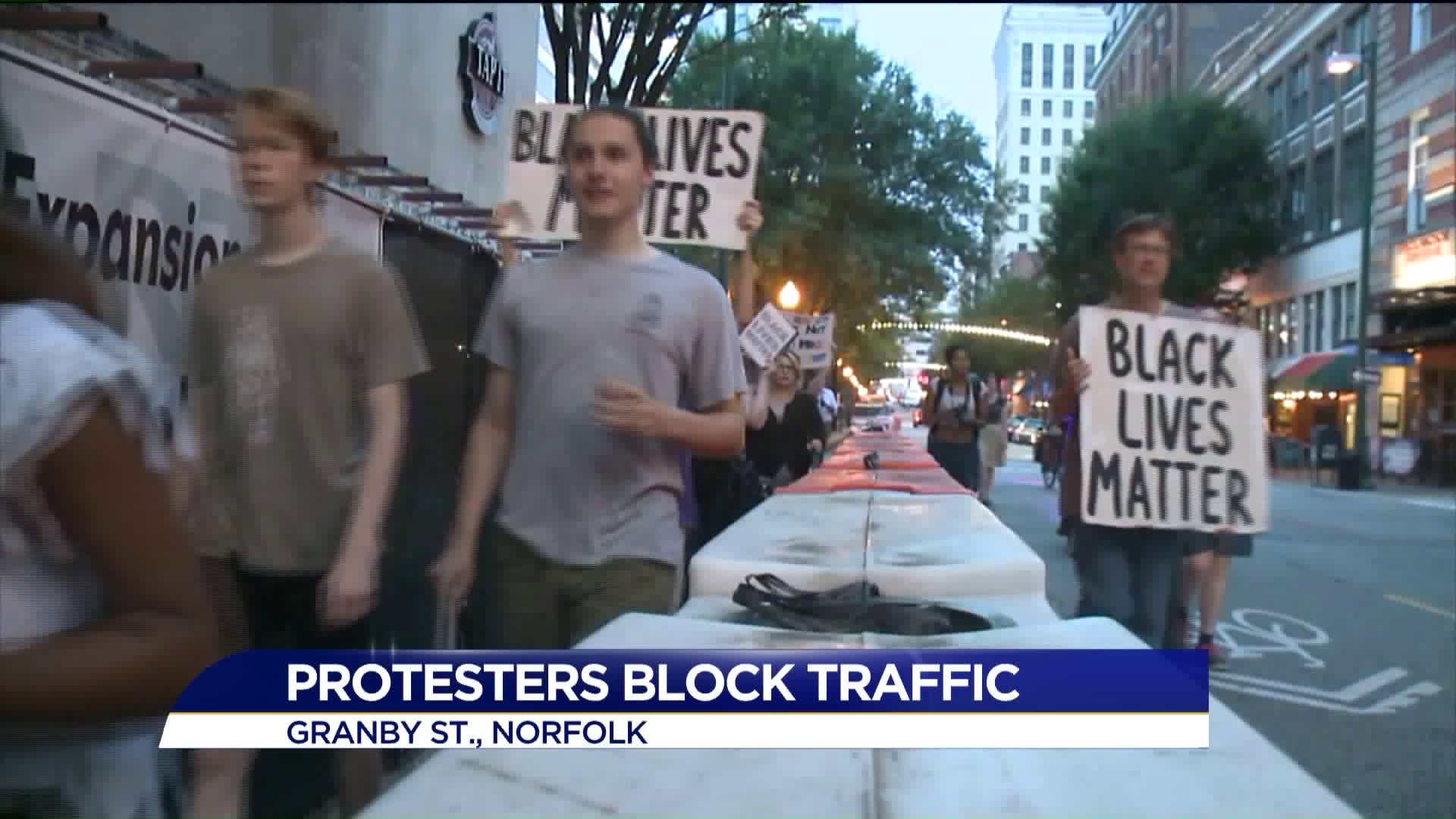 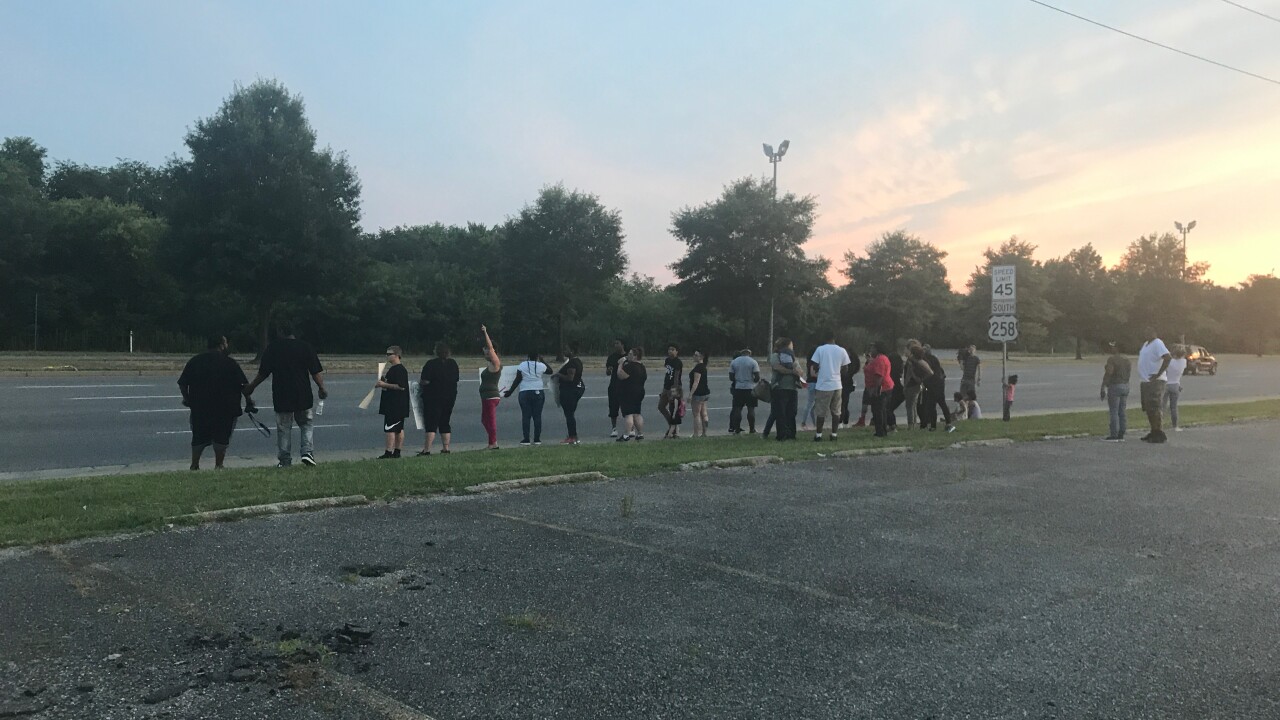 Protesters gathered in the roadway and blocked the I-264 westbound ramp to Effingham Street in Portsmouth around 9:15 p.m. but it was reopened around 9:30 p.m.

The group held a news conference at Buckroe Beach Monday afternoon, announcing that they expect between 500 to 1,000 people at each location.

According to Portsmouth Police, the protesters dispersed when officers told them their protest was an unlawful assembly and if they did not leave they would be arrested.  Police say the protesters left peacefully and no one was arrested.

.@PortsmouthPD: A couple attempts from @BLM757 protesters to get on I-264 so they shut down on/off ramps for safety. https://t.co/NmdWmQxy8B pic.twitter.com/2QFgoZBeMs

Portsmouth Police released a statement about the road closures:

Tonight, members of the Portsmouth Police Department, Fire Department, Sheriff's Office and the Virginia State Police collaborated in an effort to serve our community in a very professional and admirable manner.  We offered support and protection to those who wished to express their constitutional rights as we continued to serve and protect every citizen within the City of Portsmouth.  As we reflect on tonight’s events, we are reminded that respect, trust, and communication are of the utmost importance in order to have a successful outcome for everyone.   Every effort was made to communicate with leaders of the protest ahead of time to ensure their safety, to determine what their intentions were, and to set expectations.  Tonight's events could have run more smoothly if protestors had communicated more openly with the Portsmouth Police Department.  In the end, the protest in Portsmouth ended peacefully and the protestors were able to openly express their concerns through the guarantees afforded to all citizens.