J.K. Rowling wrote a secret manuscript on a party dress 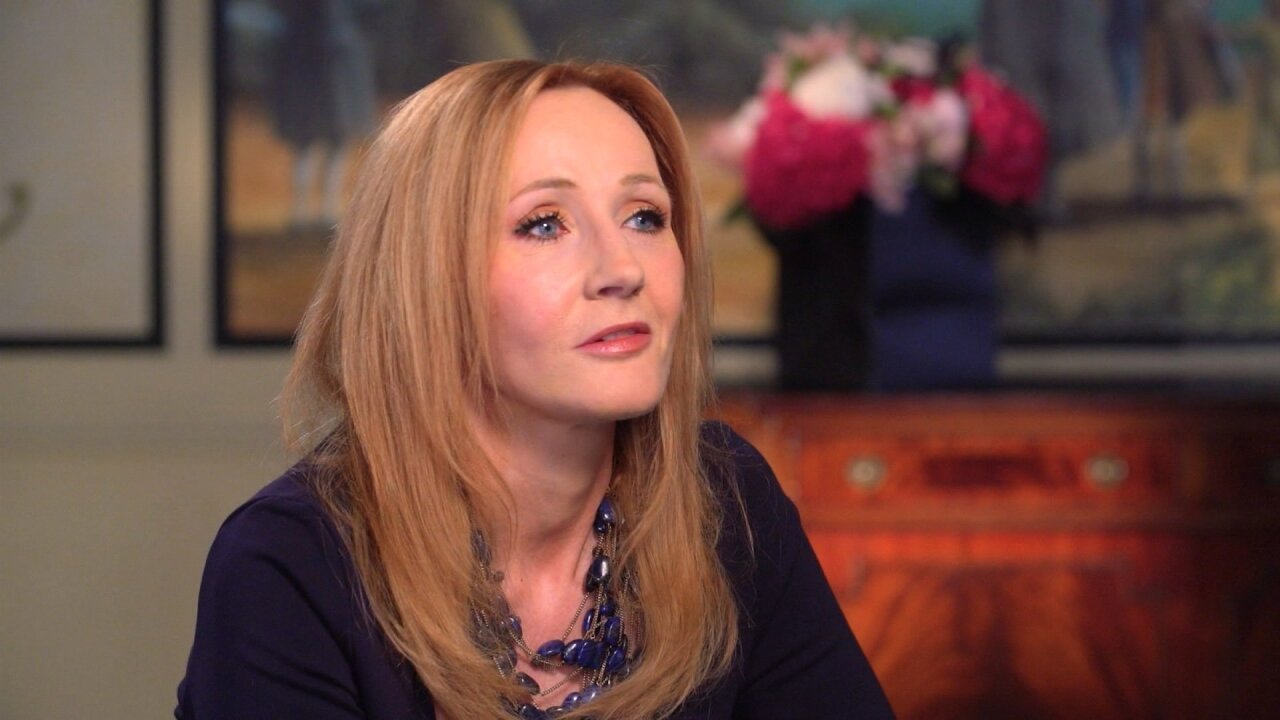 Two decades ago, J.K. Rowling conjured up Harry Potter, an orphaned young wizard with a lightning-shaped scar. His adventures would cast a spell over the world, enchanting children in scores of languages and selling millions of copies. In an interview with CNN, Rowling revealed that she has written yet another fairy tale — but this one may never be published.

His adventures would cast a spell over the world, enchanting children in scores of languages and selling millions of copies.

In an interview with CNN, Rowling revealed that she has written yet another fairy tale — but this one may never be published.

Rowling, who famously wrote her first novel longhand in Edinburgh cafés, says that she scrawled the secret manuscript across her 50th birthday party dress. In a disclosure that will shock many die-hard Harry Potter fans, the “book” now hangs in her closet.

Rowling dropped the bombshell at the end of an interview about her children’s charity Lumos, in which she discussed her worst fears and why she is determined to put an end to orphanages.

Rowling on her ‘lost manuscript’

CHRISTIANE AMANPOUR: I read that you were considering writing a political book for children, young people?

But I — I will tell you this. On my 50th — the theme of my 50th birthday, which I held at Halloween, even though that’s not really my birthday, was come as your own private nightmare. And I went as a lost manuscript. And I wrote over a dress most of that book. So that book, I don’t know whether it will ever be published, but it’s actually hanging in a wardrobe currently.

Rowling on the little boy she can’t forget

AMANPOUR: How would you decide that this [starting her children’s charity Lumos] was your mission?

ROWLING: What drew me in was one child. It was a news report about one child in a newspaper.

I was pregnant and therefore perhaps particularly vulnerable and emotional to anything to do with small children. And I’m flicking through the Sunday paper and I saw what — still I see it in my memory. It was a very disturbing image of a very small boy screaming through chicken wire.

So I turned back and I read the story. And the story was about an institution in the Czech Republic where this boy, among many other children with special needs, was being kept, I would say, at least 20 hours out of 24 in a cage-bed, which is exactly as it sounds. It’s a cot for a baby covered in — covered in mesh, covered in wire. And that was his existence. And from that, that’s how it all began. I was just appalled and horrified.

Rowling on her worst fear

ROWLING: I think my worst fear, my personal worst fear, is powerlessness and small spaces. So when you think about that little boy trapped in the cage-bed, he is totally voiceless. And nobody was speaking for him.

And I think that — we all have something that touches us on a very visceral level. I mean — and I think that’s mine. That’s my thing.

AMANPOUR: And small spaces, why?

ROWLING: I don’t know. I’ve always had that. And I think that just the idea that these children were being kept penned like this was horrific to me. But then so although I didn’t think that’s like Harry in his cupboard, I suppose why did I put Harry in the cupboard? Because this is my fear, being trapped and being powerless, just powerless to get out of that space. So yeah, on a very crude level, I think that news story tapped into something that I found personally horrifying.

Rowling on using a pen name

AMANPOUR: J.K. Rowling, why the initials?

ROWLING: Oh, because my publisher, who published Harry Potter, they said to me, we think this is a book that will appeal to boys and girls. And I said, oh, great. And they said, so could we use your initials?

Because, basically they were trying to disguise my gender. And obviously, that lasted about three seconds, because — which is wonderful. I’m certainly not complaining, but the book won an award and I got a big advance from America and I got a lot of publicity. So I was outed as a woman.

But I was so grateful to be published, if they told me to call myself Rupert, I probably would have done to be honest with you. But now, I actually quite like having a pen name, because I feel that’s — to an extent, that feels like an identity and then I’m — in private life, I’m Jo Murray. And it feels like quite a nice separation.