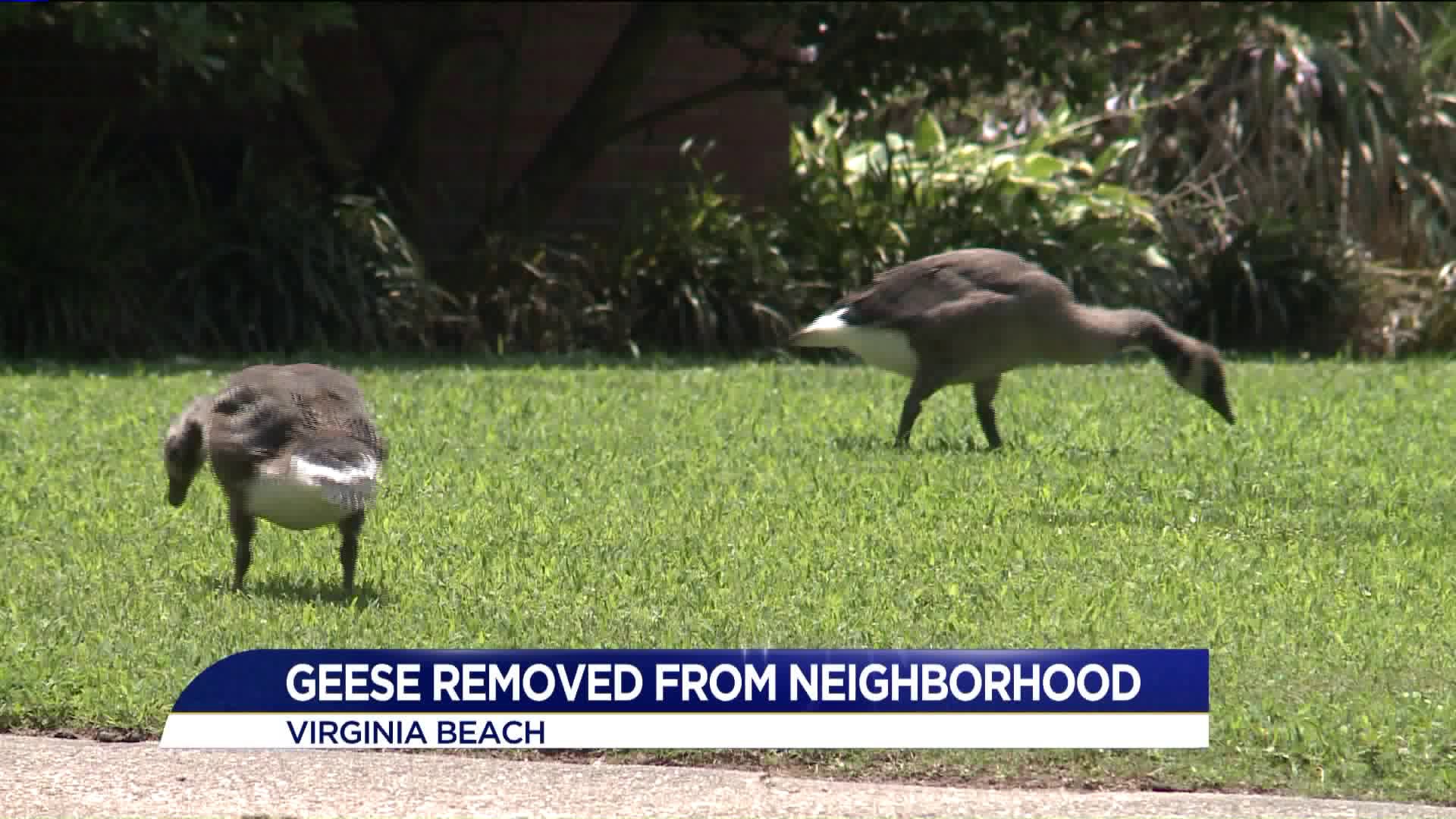 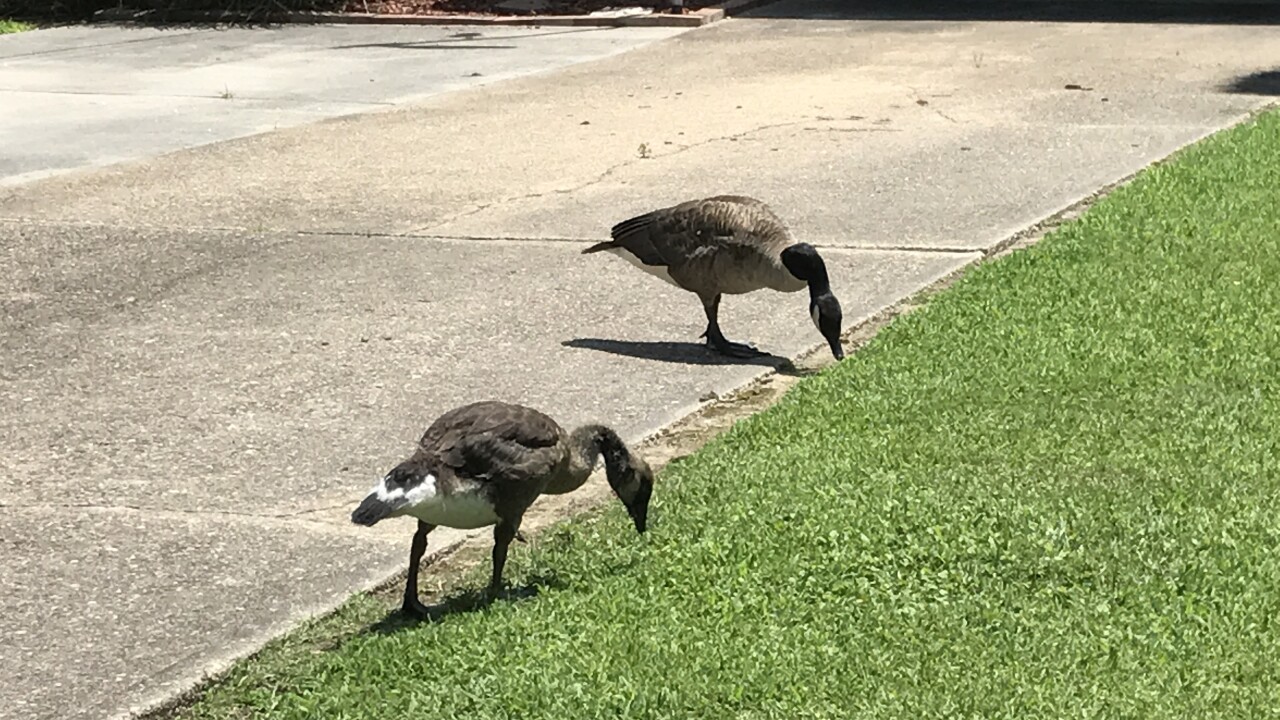 VIRGINIA BEACH, Va. - Water areas in Kings Grant are usually filled with federally protected Canada geese, but now they are empty and some neighbors are upset about it.

The geese can be seen grazing in yards, walking across the street and up on personal property.

"I felt like something strange was going on. Later when I came back, they were all gone and no geese," said Akright, who was furious about what happened.

The U.S. Department of Agriculture told News 3 there was a goose roundup in Kings Grant and it was done under a federal permit. Removals like that are done after two-thirds of affected waterfront homeowners sign a petition. When News 3 asked to look at the petition, the spokeswoman said it's confidential since it has personal information.

On Thursday Rep. Scott Taylor released a statement about the geese roundup:

“I have concerns about the roundup and subsequent euthanization of Canadian geese in Virginia Beach recently by the Department of Agriculture. My office is requesting information on the process used for these roundups and to seek transparency for our community on this issue. Particularly troubling is the fact neither the city, nor the local Department of Agriculture office was aware of the roundup and euthanization. While we are cognizant of, and understand the nuisance posed by certain animals to property owners, we believe it would be in the best interest for our neighborhoods to understand this process better.”

"I just got done doing a headcount one afternoon and it was over a hundred so I'm all supportive of that. They need to be scaled back," said Steve Tilison.

Tilison said he moved to Kings Grant 30 years ago. He said he signed the petition to remove the geese a few weeks ago because he's tired of the geese coming onto his property and leaving droppings.

"It wasn't so bad when I first moved in here. It was like 30 or 40. But they're getting out of control, every year they have more babies," said Tilison.

The USDA said the geese are taken to a meat processor where they are euthanized. The meat is then donated to wildlife centers and hospitals, according to a USDA spokeswoman.

Akright wishes there was another alternative to killing the geese. She said she heard of wildlife rehabbers going to the Kings Grant Civic League to offer another way to remove the geese, but they did not have success.

"I just feel like it's wrong. There's got to be another way," said Akright.

The USDA said once their team arrives on site to remove the geese, they evaluate the site, the damage and methods that have already been attempted to curb the geese. Then, they go in and remove the geese.

News 3 also spoke with another neighbor who said she was asked to sign the petition, but did not because she did not want the geese to be harmed. She asked to remain anonymous.